22 year old Birvali Bshar, a Yazidi from Sinjar in Iraq, faced a ‘life or death’ decision: Daesh were closing in on the town and she had heard rumours the terror group were killing or enslaving Yazidi women. She decided to flee. 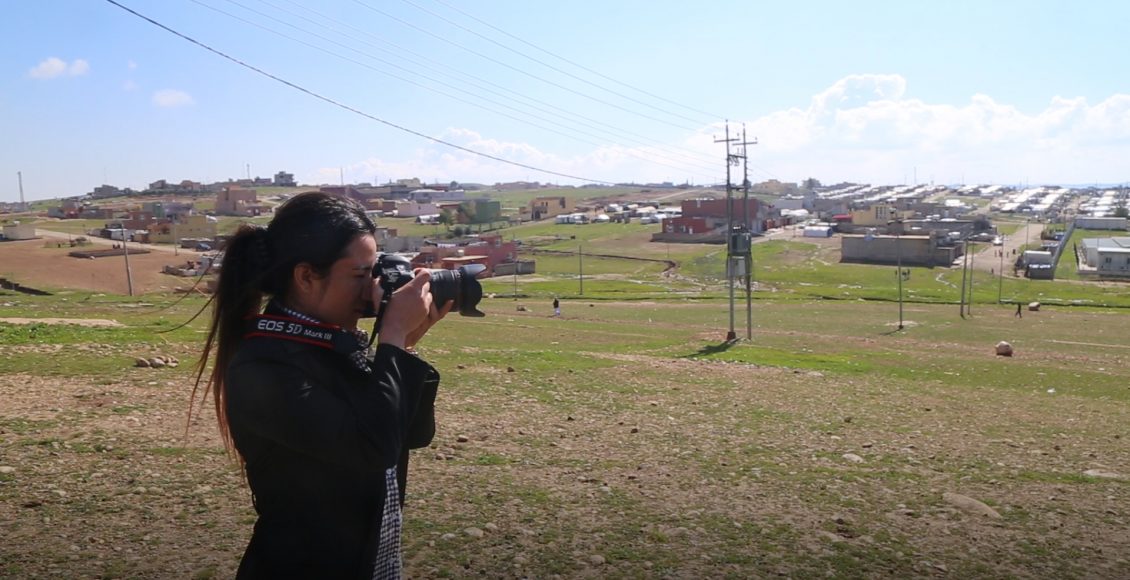 22 year old Birvali Bshar, a Yazidi from Sinjar in Iraq, faced a ‘life or death’ decision: Daesh were closing in on the town and she had heard rumours the terror group were killing or enslaving Yazidi women. She decided to flee.

Birvali considers herself one of the lucky ones, as she managed to escape the Daesh onslaught and ended up in an IDP camp.

Once in the camp, the true scale of Daesh atrocities became clear to her. , “There are no exact figures about the massacres perpetrated against the Yazidis. There are many stories about the mass murders,” she says.

The Yazidis, who are one of Iraq’s minority ethnic and religious groups, were branded by Daesh as devil worshippers. As Daesh swept across Iraq and Syria installing their warped interpretation of Islamic law, the Yazidis faced genocide. Thousands of Yazidi men and women were murdered and thousands more women enslaved, raped, trafficked and married off to Daesh terrorists.

“Before August 2014, my life was easy and simple. I went to school every day, I was in secondary school,” Birvali says. After the Daesh invasion her life changed forever. A change she was determined to document.

“What I really wanted was to work in media so I could report on what was happening in our area and let people know what happened to the Yazidis,” she says. “Most of my work is about the suffering of people. The stories I talk about are mostly about those who were kidnapped and survived.”

Birvali found that she, as a Yazidi woman, was in a unique position. She had the trust of her community and they wanted her to tell their story. They wanted the world to know that the Yazidi people had suffered but they had not been beaten.

“There were a lot of foreigners coming over to tell our stories. Local people accepted me better, saying: ‘You are a Yazidi girl. You are the best person to raise our voice in the world,’” she says.

Birvali found that she has a natural aptitude for journalism and that her photos and articles resonated with both local and international audiences. She uses her skill to highlight the atrocities the Yazidi faced but also to explain their culture better.

“I have written a lot about culture, particularly our festivals and celebrations,” she says. “My friends and my relatives were very proud of me because they understood what I was doing with the camera. They understood that I was able to tell their stories.”

It is Birvali’s dream to not only continue to grow as a journalist but to inspire others who wish to follow in her footsteps.

“I was driven to document Daesh violations.” Meet Marwah Haj Ahmad, the brave Syrian social media journalist on a mission to expose the reality of life under Daesh.

How the SRTF is supporting livestock in Syria