“I went on the first tank that returned to Al Alam when it was liberated.” Meet Um Qusay, the woman who took up arms in the fight against Daesh

Um Qusay is something of a celebrity. A billboard with her picture greets travellers to Al Alam, an Iraqi town about 180km northwest of Baghdad. When she walks the streets, people stop and ask her for selfies. 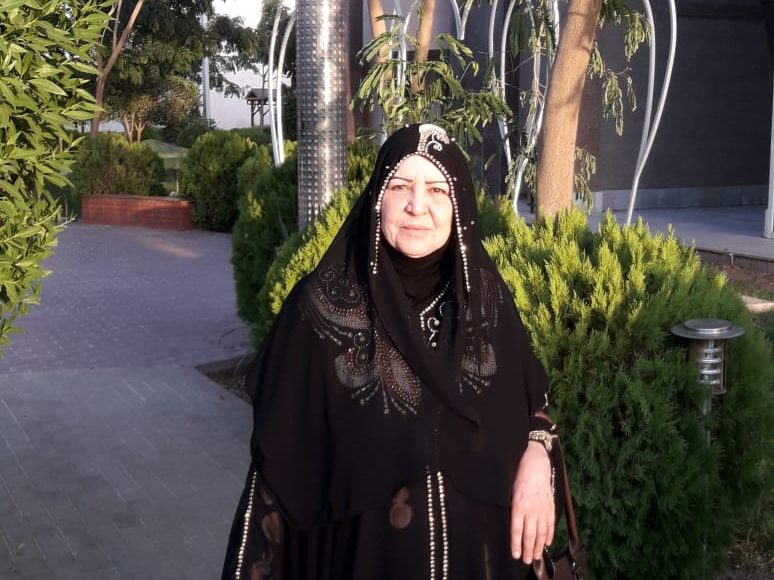 Um Qusay is something of a celebrity. A billboard with her picture greets travellers to Al Alam, an Iraqi town about 180km northwest of Baghdad. When she walks the streets, people stop and ask her for selfies.

She first came to prominence during the 2014 Daesh siege of her town. Daesh had just slaughtered its way through Tikrit, murdering over 1,700 army recruits. The soldiers who weren’t slaughtered fled north and many became trapped on a riverbank. On the other side of the banks lay Al Alam and Um Qusay. The villagers quickly organised boats to bring soldiers to safety and protected them in the village.

At the same time, but further down the River Tigris, Um Qusay heard of a group of six soldiers in even more danger: they were completely surrounded by Daesh terrorists. She ordered one of her sons and  daughter to drive the 30 kilometres through enemy territory to rescue them. She sent her daughter because at the time Daesh were not checking cars with women in them.

This wasn’t her only act of self-sacrifice and heroism in the fight against Daesh.

When terrorists surrounded the town, she housed and protected 64 soldiers in her family home.  When the town was invaded by Daesh she, along with others, ensured safe passage for the soldiers. This humanitarian gesture and self-sacrifice came at intense personal cost: her husband and eldest son were killed by Daesh, a number of her other children were badly injured, and when Daesh overran Al Alam she had to flee along with the soldiers she was protecting. She was now a target.

What made this sacrifice all the more impressive is that Um Qusay and her family are Sunni and the soldiers were mainly Shia. In a country riven by sectarian conflict, Um Qusay’s bravery and humanity transcended sectarian strife. Her message is clear, she says: “I hope that Iraq rises again and develops, and that God may protect it from north to south.

“I feel like God turned me into a cloud and I rained over sectarianism to put it out.”

Um Quasay did not just send her sons and husbands to fight, she also played her part: “I went on the first tank that returned to Al Alam when it was liberated (from Daesh).

There was never an attack in Iraq without me, I was always first to join,” she says.

She has become a leader and a peacemaker in her town, despite coming from a humble background (she was married at 13 and never attended school).

The standing her community holds her in is reflected in the nickname they have given her: they call her Tawa. Tawa was a seventh century woman from southern Iraq revered by Shiites for sheltering an envoy of Imam Hussein from harm. Um Quasay has become the modern-day Iraqi peacemaker, uniting tribes and showing other women the power they can wield.

Inspiring Women is a series showcasing the lives of ten incredible women detailing their experiences under Daesh and how they have empowered others since liberation. Follow the series on Twitter using #InspiringWomen, or view the playlist.

Seven key figures accused of transferring millions of dollars to Daesh in a network across the Middle East, Europe and East Africa are targeted with sanctions by US Treasury