“The gods did well to conjoin music and medicine in Apollo, because the office of medicine is but to tune the curious harp of man’s body and reduce it to harmony.” - Francis Bacon.

From the newly refurbished Mosul University Grand Theatre the sound of an orchestra rings out. While much of the city still remains damaged, when the orchestra plays it is as if Daesh never imposed its violent rule across the city.

The music emanating from Grand Theatre came from the Nineveh Watar (literally ‘string’) Youth Orchestra. The brainchild of  maestro Mohammed Mahmoud, the team’s vision was to identify talented musicians already playing together informally in small groups in churches and youth centres and bring them together into an orchestra reflecting the rich cultural diversity of Nineveh Province and in particular its capital, Mosul. Today the orchestra comprises some 50 Muslim, Christian and Assyrian musicians, nearly half of whom are women. 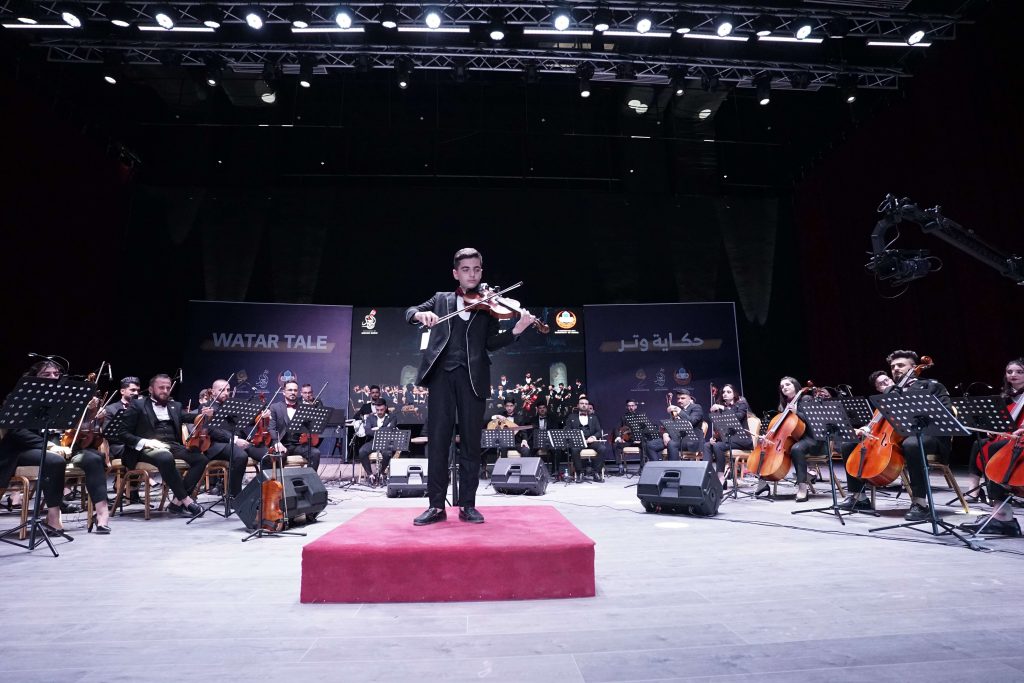 At its recent concert in Mosul University, over one thousand people gathered in the university’s Grand Theatre to watch and listen to the orchestra, while many more – some as far afield as Canada, joined online. The concert bought together people from across ethnic, religious and gender divides in celebration of creativity, harmony, and unity. During Daesh’s occupation, music was banned. When the extremists were driven from the city, music was one of the first things to return, with its proven ability to bring people together and build bridges between communities. Perhaps it was for these reasons that Daesh were so keen to eradicate music in its effort to sow division and set communities against each other in its so-called ‘caliphate’.

Including so many diverse groups from within a post-conflict society takes planning. There are many physical and structural boundaries that inhibit the ability of movement for each ethnicity, often unequally. The organising team tackled this by staging rehearsals in different neighbourhoods and providing a rehearsal bus for collection of remote musicians to attend the weekly skill building lessons and composition workshops held by the orchestra, creating regular events to nurture inter-community and inter-faith relations through building friendships and developing shared interests. 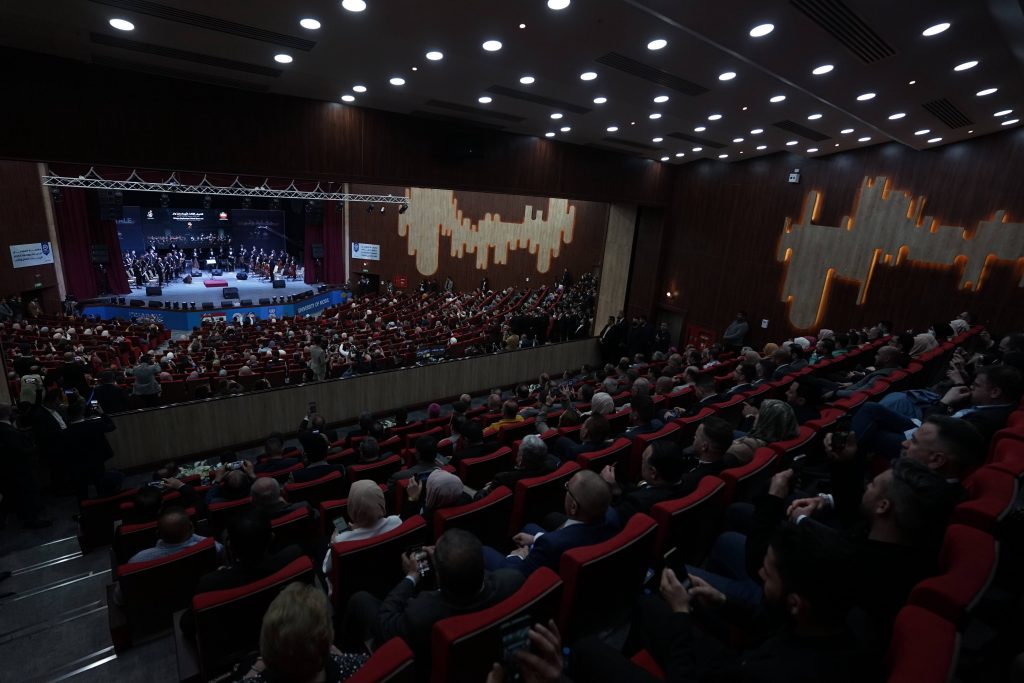 Music represents the antithesis of everything Daesh stood for in its divisive and isolationist values. Large gatherings during Daesh times spelled violence, death, and destruction, with people only gathering publicly to witness executions or to be bombarded with messages of hatred and singular extremist visions of how life should be lived to the detriment and exclusion of those who are different.
Through music, the orchestra provides a tool for creating a universal and inclusive language of belonging that reaches beyond all educational, linguistic and social constructs. The Nineveh Youth Orchestra employs music to build new collective identities amongst its musicians and audiences, bringing peace and healing to the traumatised people of Nineveh and celebrating the province’s diverse ethnic mix.

This large number of people willing to come together and enjoy the orchestra’s performance in such a powerful ex-ample of civic reconstruction only serves to demonstrate the appetite of a city silenced under years of occupation to harness the power of music to normalize and resocialise with communities of people they have been taught to hate. Spaces once the stronghold of Daesh recruitment – like the university – have been, through local and international coalition reconstruction partnerships, reinstated into social and cultural hubs where people mix, socialise and study together. These spaces provide both musicians and audiences with the perfect venue to promote community healing, peacebuilding, and positive social change from within.
While an orchestra is not the only answer to achieving much needed social transformation in Mosul, initiatives of this sort that act as a thread that can stitch back together communities driven apart by conflict by providing environments – whether physical or conceptual – for young people to listen, be heard, collaborate, explore and fuse their individual and collective identities together into a new vision of the future. They support collective and individual healing for the wounds inflicted by Daesh and the systemic injustices that generated the extremists in the first place. All that remains now is for the Orchestra to deliver its second concert.

How does the EU support the mission to #DefeatDaesh?

What is Poland’s contribution to the Coalition’s mission?