Five Years on from Daesh’s Territorial Defeat in Iraq 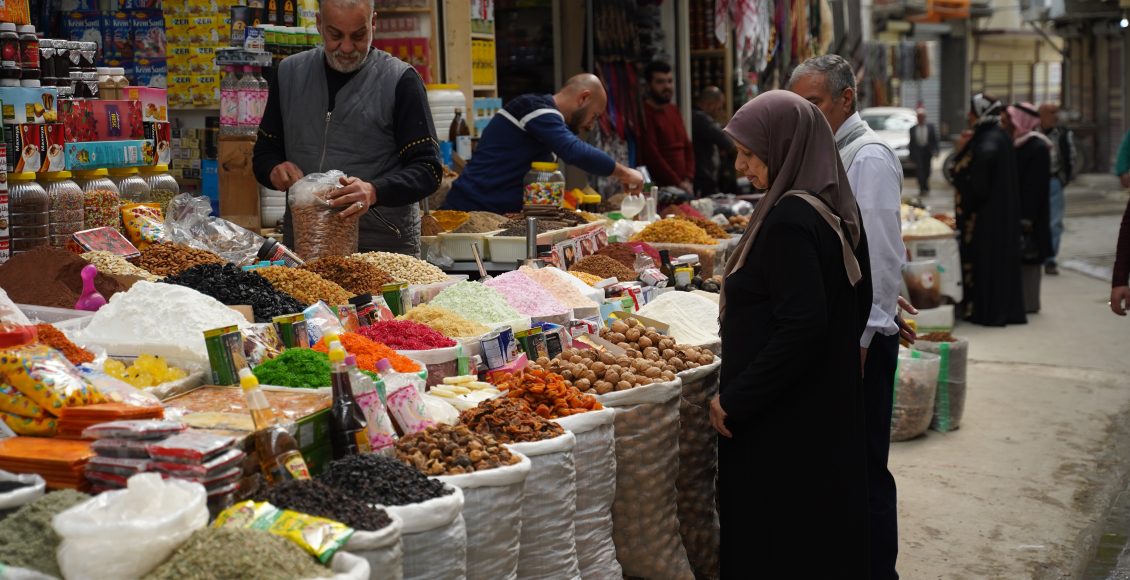 Bab Al-Saray market in Mosul after the liberation, 2021

Five years ago, the Iraqi Security Forces (ISF) defeated Daesh in Iraq. This hard-earned victory marked a significant milestone in the effort to ensure Daesh’s enduring defeat. Since then, the ISF have remained on the frontline, working with partners to strengthen their capabilities and ensure that Daesh can never return. This mission, led by Iraqi partners, continues to this day.

When Daesh occupied swathes of Iraq in 2014 they imposed a reign of terror. They committed widespread and systematic crimes against millions of Iraqis, including mass executions, sexual slavery and other forms of sexual and gender-based violence, torture and mutilation. Daesh’s occupation and brutal form of control forced millions of Iraqis to flee their homes, resulting in a dire humanitarian crisis.

The 85-member Global Coalition was formed in September 2014 to eliminate the terrorist organisation. The Global Coalition’s military component – the Combined Joint Task Force – Operation Inherent Resolve (CJTF-OIR) – was established to provide mission command and to support the ISF and the Kurdish Peshmerga in their efforts to defeat Daesh.

Spokesperson for the Iraqi Commander-in-Chief, Maj. Gen. Yehia Rasool, demonstrated the Coalition’s importance when stating “during the liberation battles, the Global Coalition played a large and critical role in providing weapons and air support as well as sharing intelligence reports. But those who were fighting on the ground, holding the arms and winning victories were the joint Iraqi forces.”

In addition to its military mission, the Global Coalition works to limit Daesh’s access to finance, prevent the flow of foreign terrorist fighters across borders, support stabilisation efforts in liberated areas and counter Daesh propaganda.

Years of cooperation with the Coalition have enabled the ISF to lead the fight against Daesh and re-establish security across the country. In December 2021, this facilitated the transition of the Coalition’s combat mission to an advisory one, in which CJTF-OIR continues to provide mentorship to the ISF’s leadership and share intelligence. Continued collaboration has allowed the ISF to eliminate key Daesh leaders and pursue Daesh members that remain in Iraq, preventing their resurgence and bringing them to justice.

The ISF have also led numerous operations to root out Daesh financing operations and have disrupted Daesh cells that had threatened liberated communities.

Supported by international partners and organisations, including the United Nations Development Programme (UNDP), the Government of Iraq (GoI) has facilitated the safe return of millions of internally displaced persons (IDPs) and the repatriation and reintegration of Iraqis living in Syrian camps. The UNDP Funding Facilities for Stabilisation (FFS) was established in 2015 to rehabilitate public infrastructure and provide essential services to over 31 locations across liberated governorates. With over US $1.48 billion mobilised from 30 international partners, houses and public facilities including schools and hospitals have been rehabilitated, and small businesses were established supporting almost 5 million Iraqis displaced by Daesh conflict.

From taking the lead in combating Daesh remnants to enabling the safe return of IDPs and repatriating and reintegrating Iraqis, the Iraqi authorities have made significant progress in restoring hope and rebuilding communities once devastated by Daesh.

Streets and town squares that once were theatres of extrajudicial executions and public floggings now bustle with life after local governments and international donors rebuilt cities and restored damaged landmarks.

While challenges remain and small-scale Daesh operations pose a serious threat to liberated communities, the GoI, the ISF and the Coalition are committed to preventing a Daesh resurgence and ensuring long-lasting peace and security in Iraq.

This was demonstrated by Joint Operations Command Spokesman Maj. Gen. Tahseen Al-Khafaji, who affirmed “we promise our people that we will be loyal soldiers to serve this country […]. We will succeed in providing security and safety for all companies and workers to continue reconstruction and development.”