“I was driven to document Daesh violations.” Meet Marwah Haj Ahmad, the brave Syrian social media journalist on a mission to expose the reality of life under Daesh.

Media was one of the many things that Daesh exerted extreme controls over. Anything that offered a view of the outside world – particularly a liberal, open world where people access information freely – was banned by the terrorists. 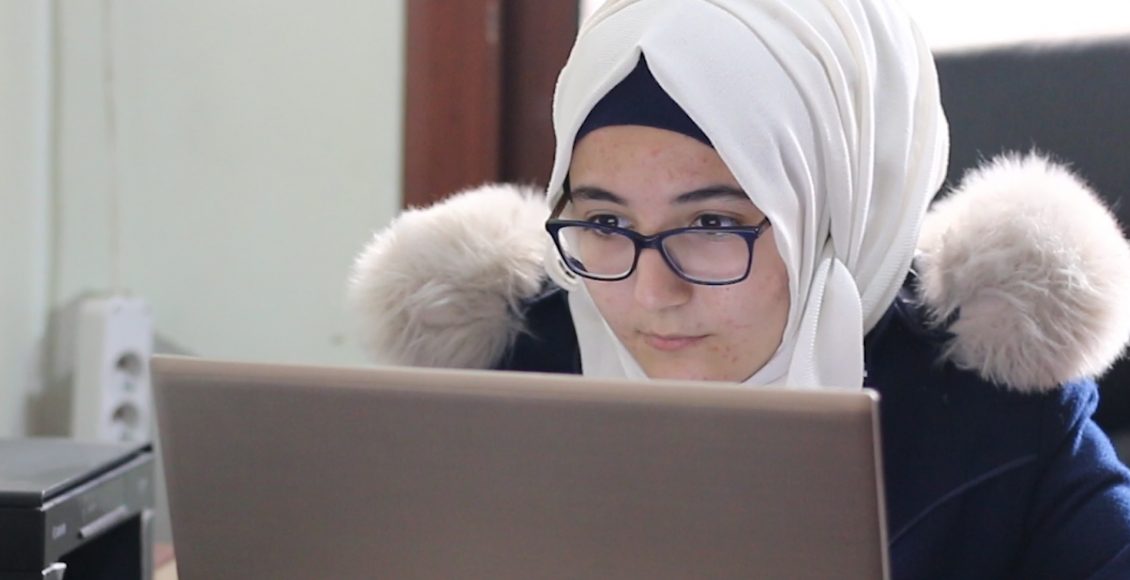 Media was one of the many things that Daesh exerted extreme controls over. Anything that offered a view of the outside world – particularly a liberal, open world where people access information freely – was banned by the terrorists.

Marwah Haj Ahmad made it her mission to document the terrorist group on social media, in order to expose their atrocities to the world.

At only 20 years of age, she became an adult during a time of struggle and terror. Of the time under Daesh she says: “It was not a life, we were living in darkness, we could not go out or work.”

During the Daesh occupation of Idlib, where Marwah lived, it became impossible for her to continue her work and she fled to Azaz, in northern Aleppo.

With the defeat of Daesh her work has picked up pace and she is more inspired than ever.

“I will continue this work until the end of the suffering of the Syrian people and the violations against them,” she says. “This work serves the community by showing their suffering to the world.”

Like so many in the media this is a vocation for Marwah. She is driven by a sense of justice and social activism.

“I chose this work because I witnessed Daesh and their heinous actions,” she says. “I want to make the world aware.”

Marwah believes that being active on social media, with female input, is vital to ensure that Daesh never returns.

“We carry out awareness campaigns about the dangers of Daesh ideology,” she says, adding: “Social media…conveys the truth about [people’s] suffering to the world.”

Marwah has the support of her family who are very proud of her and encourage her work. She believes this support gives her a unique opportunity to encourage other women to work so “their voices are heard.”

Coordinator for Counterterrorism Ambassador Nathan A. Sales Travels to Qatar