The female activist who witnessed family members being shot – and fled Raqqa in order to survive- Khawlah Al-Issa.

When Daesh occupied Raqqa, Khawlah Al-Issa, 31, was abused and threatened whenever she went out. Worse, her father and sister were shot and injured and another sister imprisoned. 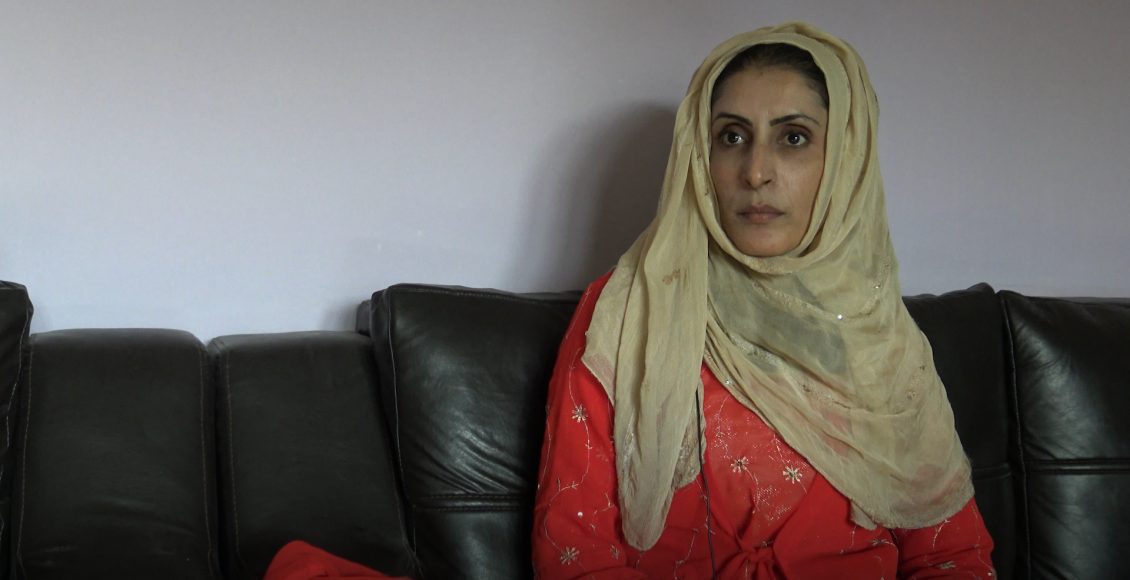 When Daesh occupied Raqqa, Khawlah Al-Issa, 31, was abused and threatened whenever she went out. Worse, her father and sister were shot and injured and another sister imprisoned.

When Khawlah fell ill, Daesh refused her permission to travel for treatment and she lost her hearing in one ear.

Daesh threatened to take her family’s property if the girls ever left the house. With 10 siblings, including nine girls, life at home became impossibly hard.

She could take no more and managed to escape to Damascus.

Now Daesh have been overthrown, she is back home in Raqqa.

“I suffered under Daesh. I was isolated in my home and I could not complete my education. My family suffered as well, we were besieged in our town,” Khawlah says.

Khawlah, who has now finished her law degree, was determined not to let Daesh ruin her future dreams or those of other women. She has committed herself to work empowering women through the Raqqa Civil Council.

“Women, during Daesh, were the first to be attacked. We were the losers. We became homeless. Women lost their husbands and sons,” she says, “Today, women can fight Daesh and even manage institutions.”

The list of Khawlah’s achievements is lengthy. First, she began working with a committee of female volunteers, who helped with drafting new laws and reorganising institutions for the post-Daesh world.

She then got involved with a reconciliation committee before helping to establish women’s councils. These were established to strengthen the standing of women in the community, Khawlah says.

“I have succeeded in my work despite the fact that I live in a tribal region where women are traditionally not allowed to study or work,” she says. “I never thought that I would work in the female empowerment field.”

Other women like Khawlah are working towards female empowerment to help build a strong society and ensure that Daesh never return. Female participation and representation is a vital part of this.

Despite her achievements Khawlah remains modest and believes any woman can follow her lead.
“I struggled to be what I am today, but any woman can be like me or even more than me,” she says.

The education system refilling the gaps Daesh left behind

How Daesh used culture to fund its terrorism