What is the relationship between terrorism and mass media? RUSI Fellow Jessica White explores their interactions in her recent literature review 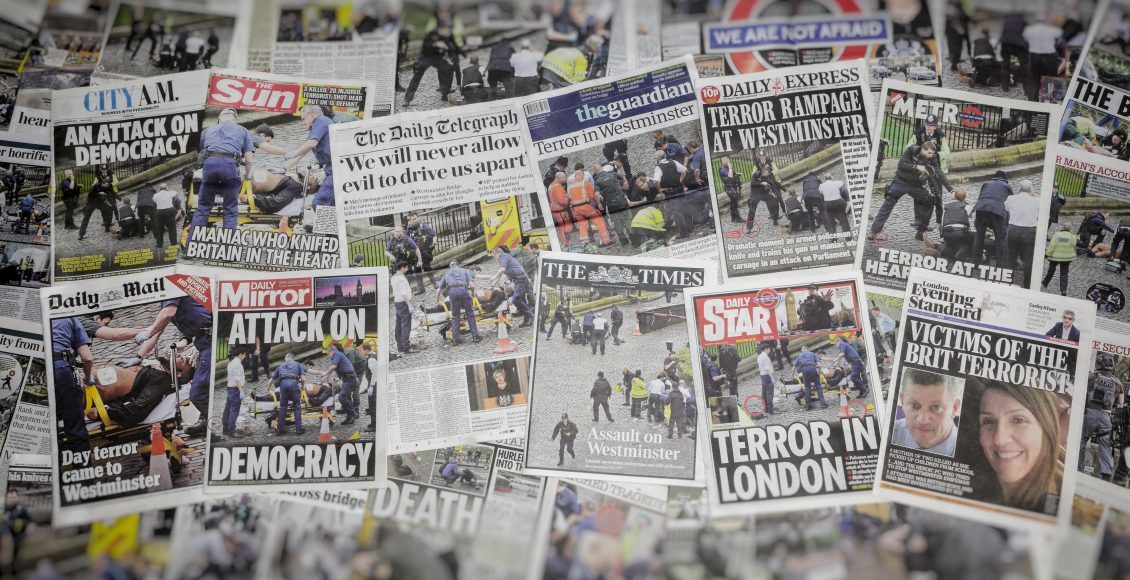 The mass media is a powerful tool of communication – and one that is exceptionally controversial when it comes to coverage of terrorist attacks. A comprehensive literature review of the academic work on terrorism in the traditional mass media reveals a spectrum of opinion. This spectrum ranges from the media being culpable to the negative impacts of terrorism, due to their broadcasting of terrorist attacks to wider audience than would have immediately been impacted – to the media being victim to terrorist aims, by being manipulated into reproducing terrorist propaganda.

This report found that the most commonly agreed upon position is in the centre of that spectrum – where the traditional mass media and terrorists share a symbiotic relationship – they benefit from each other without one being responsible for the other. There are a range of ways in which the mass media can have a negative or positive impact with terrorism reporting. This paper highlights how enhanced editorial guidelines and reporting practices can help to reduce the negative impact, while enshrining editorial independence and the public’s right to know.

For full findings and recommendations see the report – the following is an abbreviated version:

In light of the above findings, this paper supports the following key recommendations encouraging the development of guidelines for responsible reporting of terrorism:

Jessica White is a Research Fellow in RUSI’s Terrorism and Conflict group. Her expertise encompasses counter-terrorism and countering violent extremism methods, as well as gender mainstreaming in program design, implementation and evaluation. She conducts research on a range of topics, including right-wing extremism and terrorism in the media. She is completing her PhD in the Department of Political Science and International Studies at the University of Birmingham. She holds a MSc in Conflict Resolution from Kingston University London. Before beginning her PhD, Jessica spent six years as an intelligence and language analyst in the United States Navy working on counter-terrorism.

Interested in finding out more? Read more about the evidence on this issue (here, here and here) and check out our suggested terminology when talking about Daesh.

Iraqi Physician during the COVID-19 Pandemic.