Three years after Mosul’s liberation, images of the resilience of Maslawis

Today, Iraq is celebrating the third anniversary of the liberation of Mosul from three years of desolation and destruction under the harrowing control of Daesh. Local officials estimated that 80% of the infrastructure and private and public property was destroyed. Thus, the reconstruction of the city has been the biggest challenge for Maslawis. The Iraqi government set a ten-year reconstruction plan that began in 2018.

Two years into reconstruction efforts, Mosul began to witness some recovery with the return of more than one and a half million displaced persons to the city, a 3% increase compared to the previous year. Returnees to Mosul have been taking part in governmental projects, and local and international initiatives to rebuild the city. The images below depict the changes that have taken place in the city’s prominent neighbourhoods and locations between 2017 and 2020.

Al-Mansour residential quarter in West Mosul is one of the most longstanding and vibrant neighborhoods in the city. It was named after the Abbasid Caliph, Abu Jaafar al-Mansour, the founder of Baghdad. The neighborhood was largely destroyed during the liberation battle and most of its population were displaced to safe areas. Today, reconstruction has begun in the neighbourhood as UNESCO oversees rebuilding efforts in Old Mosul under the “Revive the Spirit of Mosul” project. 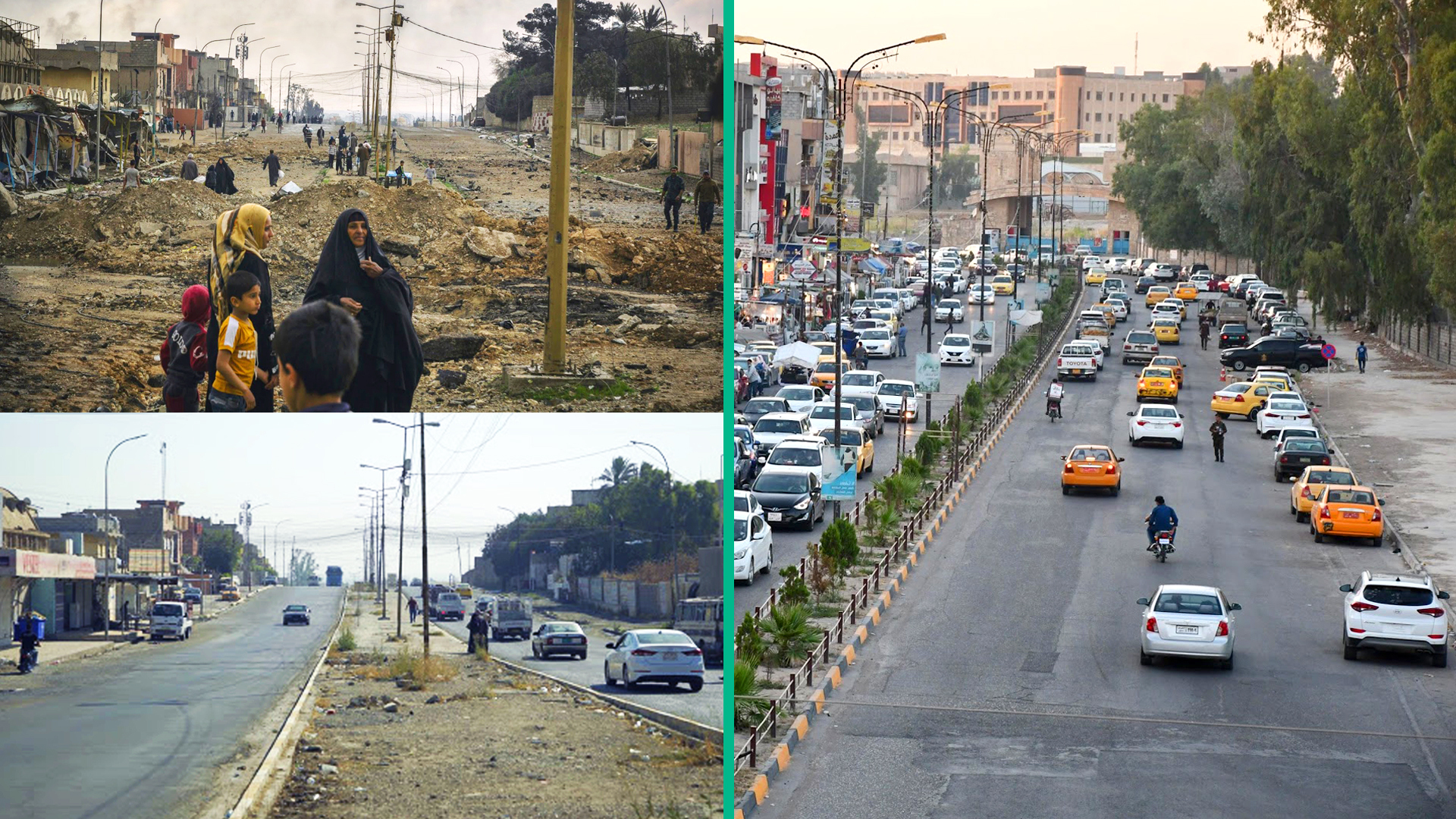 The Al-Seikh Fathi area, an extension of the Fifth Bridge in Western Mosul, is one of the most important neighbourhoods in Old Mosul. Like other residential areas in Mosul, houses in this district were razed to the ground. The number of destroyed houses in Mosul is estimated at approximately130,000. The German government is the largest contributor to the reconstruction of residential areas in Mosul and was the first to support such efforts after the liberation. Germany has contributed more than one billion euros over the past three years to reconstruction efforts in Iraq. 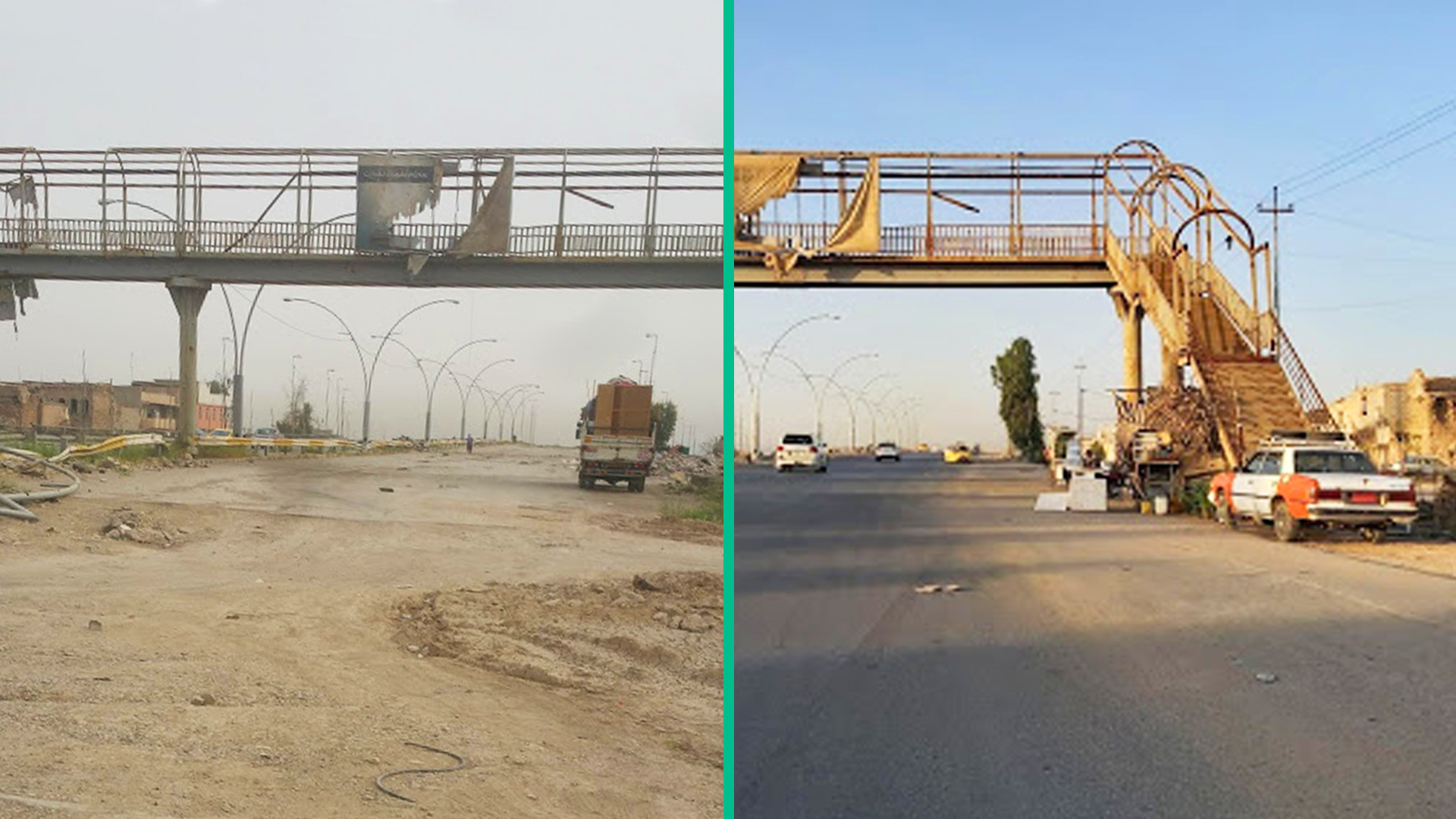 Places of worship were not exempted from Daesh’s brutality. Both mosques and churches were targeted, including Al-Sa’ah Church and the Great Mosque of al-Nuri. Both were looted and then largely destroyed by explosives detonated by Daesh in 2017. Rehabilitation efforts led by UAE support under UNESCO supervision have been taking place to reconstruct these iconic and heritage sites. 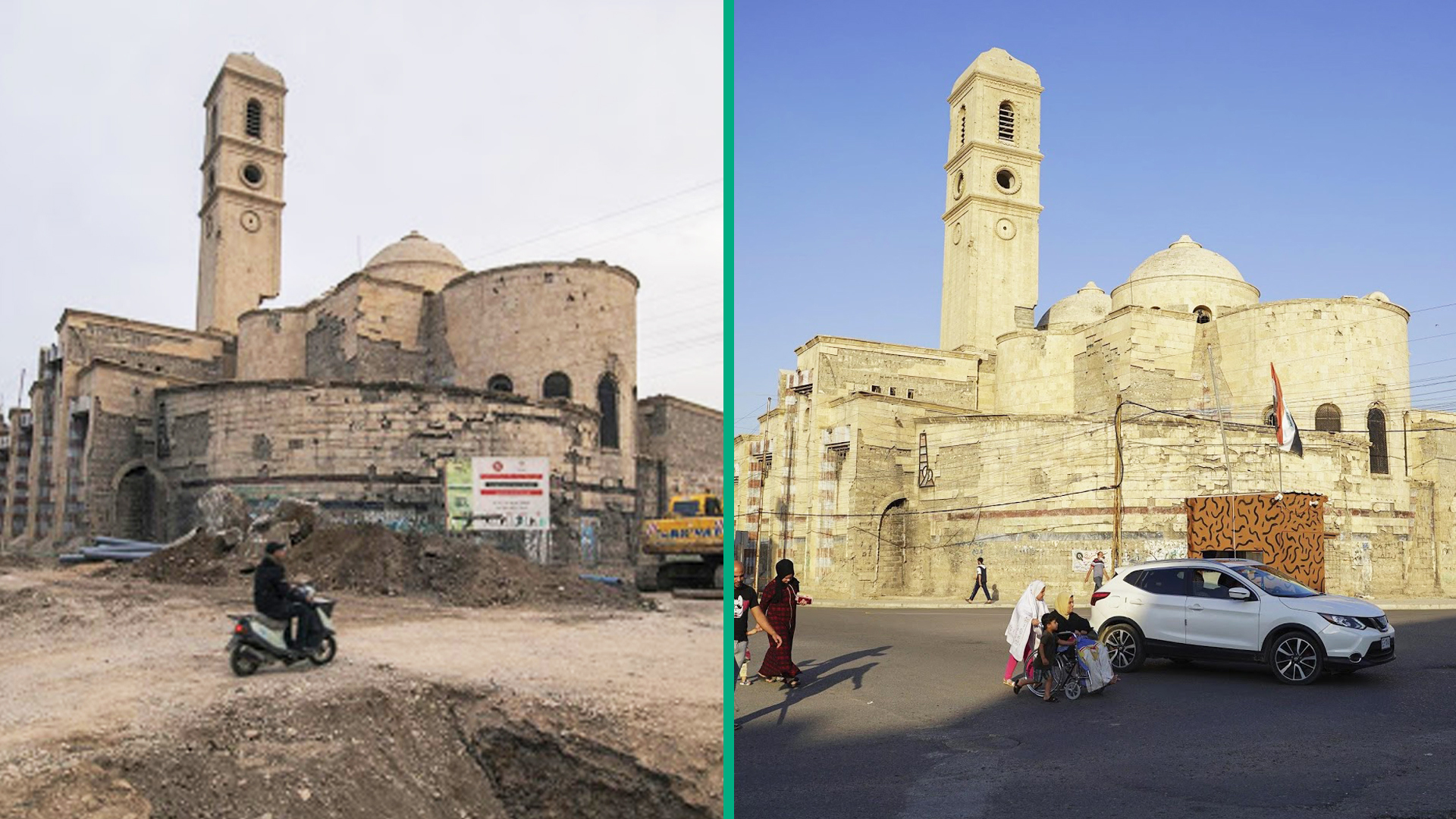 The Sarj-khaneh area, which derived its name from making saddles, hosts the great market. Like many of the places in Old Mosul, the market was destroyed. After liberation, the rubble has been removed, streets have been paved, and the market has been attracting visitors slowly. 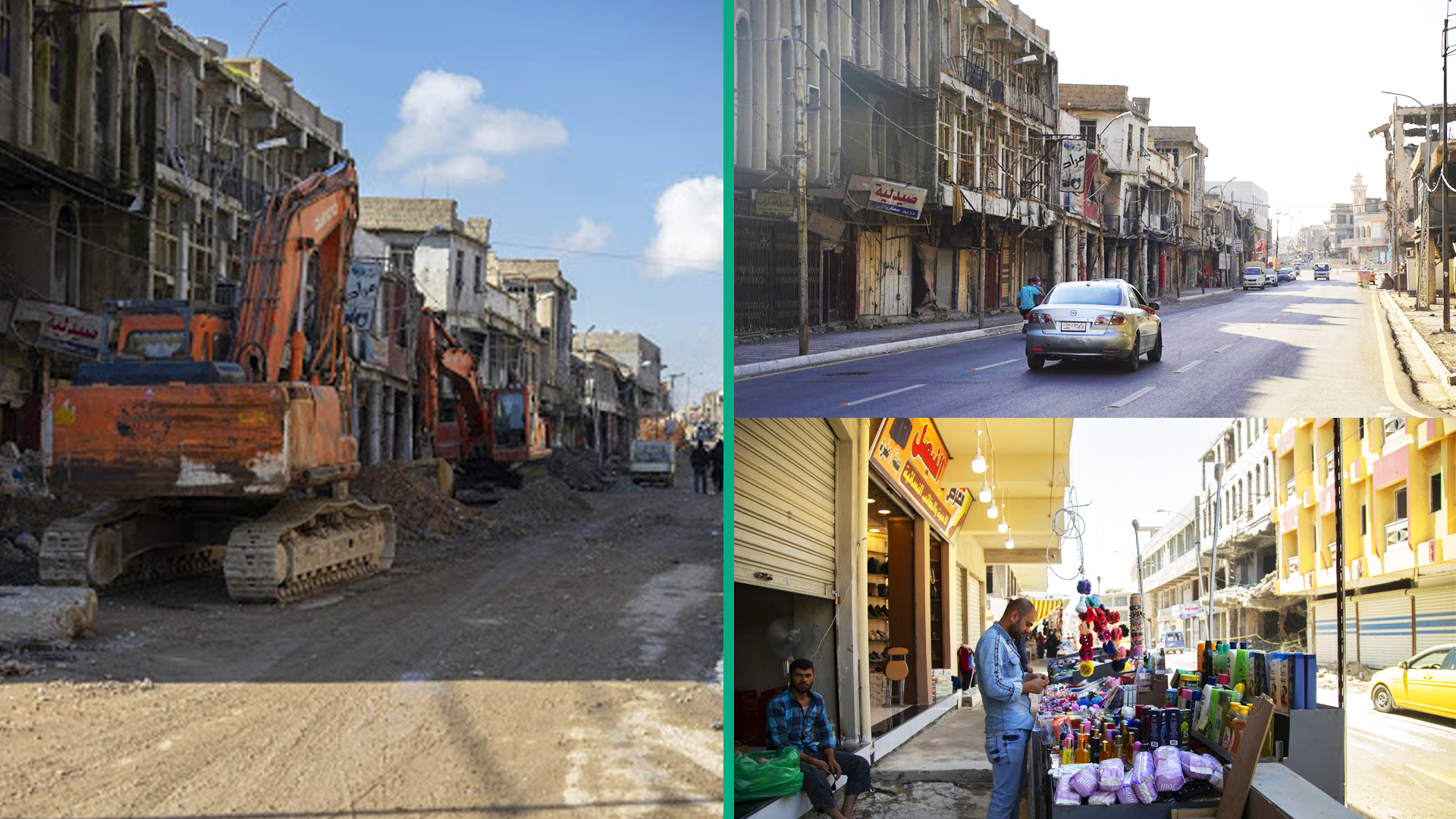 Schools under Daesh were turned from places of knowledge into barricades. As a result, 25% of schools were targeted and destroyed during battles. The Western Preparatory School in Western Mosul, which opened in 1936, was ruined during the last days of the battle in Mosul. Today, it is one of the 150 schools that have been restored and are operating in Mosul. 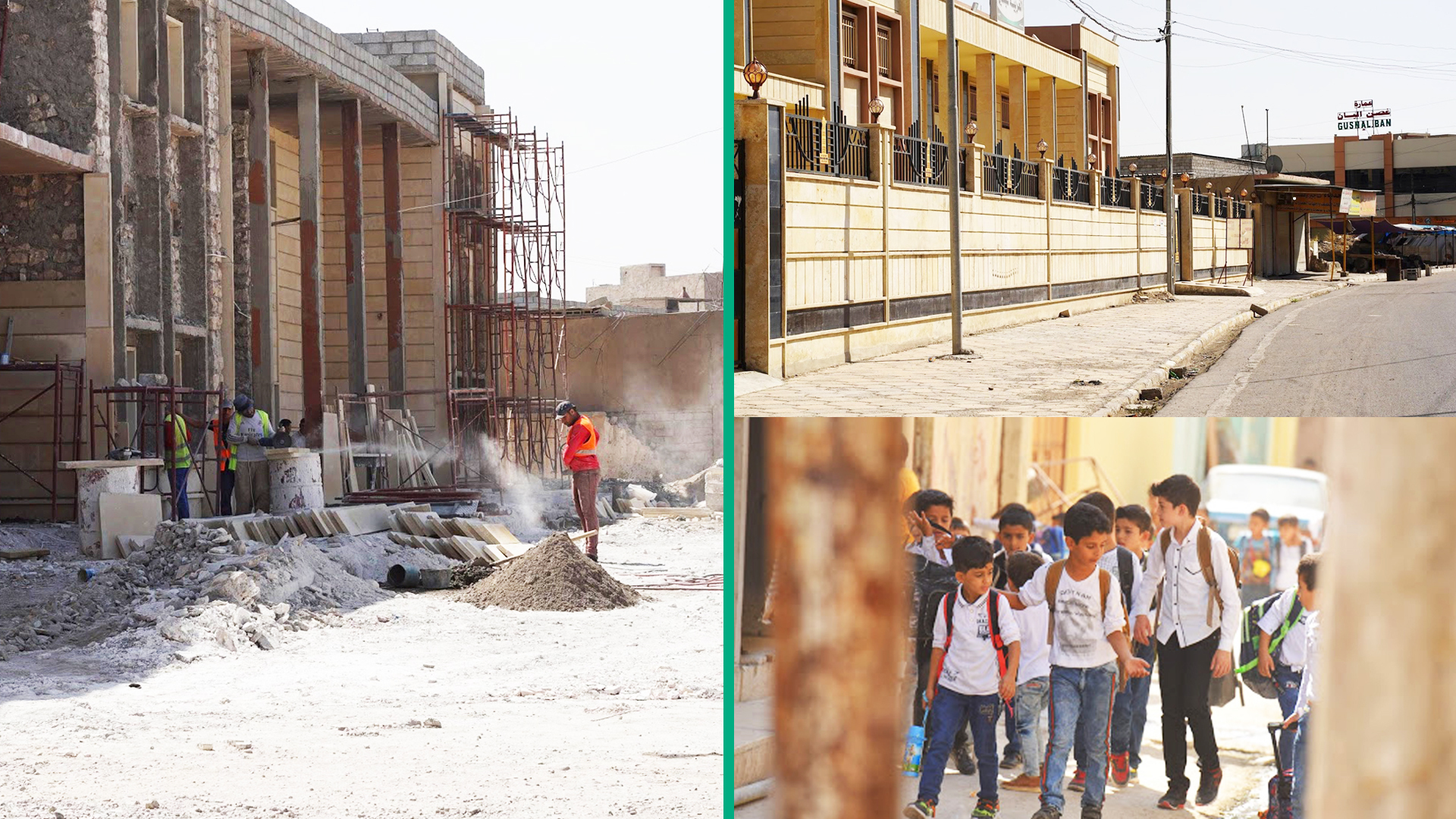 Daesh’s destruction was not limited to residential areas and infrastructures, but also impacted the art scene in the city. While artists were prohibited from expressing themselves under Daesh’s control – art and beauty were perceived as blasphemy – but this did not stop Iraqi artists from documenting Daesh’s brutality. Hakam al-Kateb, a visual artist, focused his art on capturing the collapse of the city under Daesh’s control. Al-Kateb’s house was burnt down during Daesh’s time and he lost more than 100 of his paintings. Since liberation, the artist has continued to document significant moments in the history of his city. He has created over 75 paintings highlighting the restoration of key heritage and iconic sites and the return of life to the city. 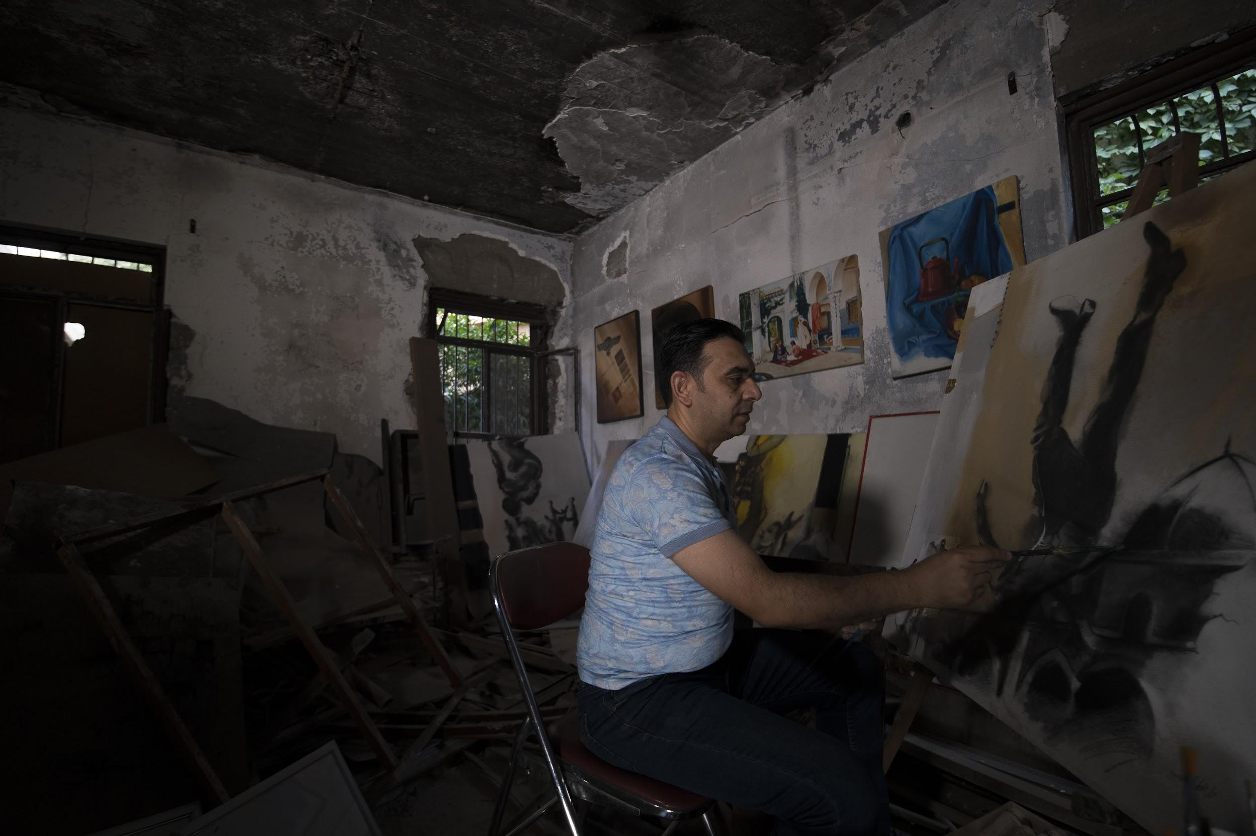 Major General Chris Ghika, deputy commander of Operation Inherent Resolve, says, “the thing that has always impressed me, I think, is the resilience of the Iraqi people.” Today, three years after the liberation of Mosul, the city’s residents have become an outstanding example of determination to leave war behind and return to life as normal.

Putting Mosul on the global map: Omar Mohammed of blog ‘Mosul Eye’ gives a voice to Moslawis reclaiming the narrative of their city from Daesh