Nineveh’s cultural heritage and identity are slowly being restored as the ISF help to disrupt Daesh’s antiquities smuggling networks. 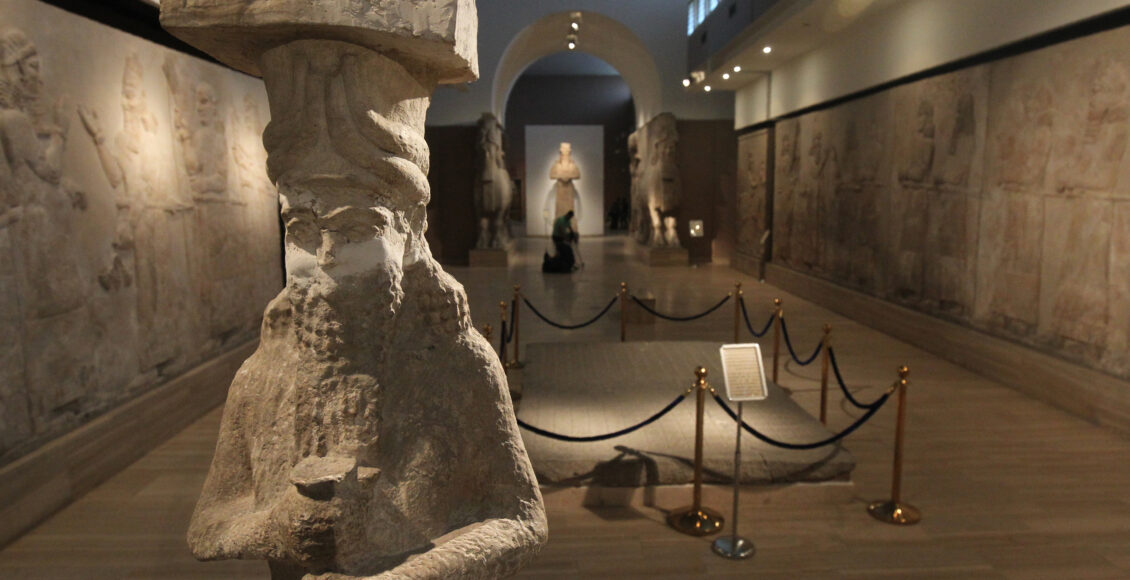 An Assyrian artefact originally from Mosul is displayed at Iraq's NationalMuseum in Baghdad on April 4, 2016. AHMAD AL-RUBAYE / AFP

Human civilization first emerged thousands of years ago in the ancient Middle East. No place was more central to this cultural spring than Nineveh in Northern Iraq. Commonly referred to as the cradle of civilisation, Nineveh was, amongst many things, historically the royal seat of the ancient Assyrian Kings. The Assyrian Kings are cited with the creation of one of the world’s first true empires and leaving a legacy of cultural assets that tell the story of peaceful coexistence between the rich diversity of people in Iraq for millennia.

This cultural spring was sadly and dramatically turned off in 2015, when Daesh obliterated much of Nineveh’s famed cultural heritage, illicitly removing artefacts from the territory they held fund their terrorism and global propaganda effort. Whilst it is difficult to quantify the value of Daesh’s global trade in illicit antiquities, the value of smuggled goods from western Syria’s Al-Nabuk region from 2013 to 2014 alone was estimated at $36 million.

Despite their territorial defeat, Daesh cells continue to profit from antiquities trafficking by operating online under the guise of organised crime rings. By purchasing artefacts from vulnerable and impoverished communities in Iraq and Syria, including commissioning looting of historically significant antiquities, Daesh claim to serve as a ‘legitimate and viable’ source of local employment. As such, looting in Iraq remains a blight, impacting communities:

According to a statement by the Iraqi Ministry of Tourism and Antiquities, there are over 1,791 archaeological sites, 250 heritage buildings and 20 libraries which require protection. While many others remain undiscovered, new archaeological sites are frequently being unearthed as a result of damming projects in neighbouring countries, shifting Iraq’s topography.

The best way to prevent antiquities trafficking begins at the source. This is why Global Coalition members support vital local capacity-building efforts to stop looting and smuggling before artefacts are taken out of the country. Such efforts include the Iraq Scheme, a joint venture between the British Museum and the Iraqi State Board of Antiquities and Heritage (SBAH)[1], which trains 50 staff in a wide variety of techniques to retrieve and rescue artefacts.

By strengthening national and local response capabilities, archaeological sites are legally excavated and protected from looting. These legally excavated sites deepen historical understanding and illuminate new cultural assets for Iraq’s heritage of the future. Other prevention activities include the US-backed Our Heritage is Our Identity campaign. A joint initiative with the Nineveh Electricity Department, this campaign aims to restore, secure and build local pride in Mosul’s important heritage by lighting sites and providing a communications bridge between monuments and their surrounding communities, to heighten the communities’ sense of ownership.

Often, priceless cultural assets originate from places of conflict or contested spaces and are weaponised within the theatre of war. Increasingly, the security and cultural heritage worlds collaborate to protect these priceless cultural assets. In 2019, the British Army created its Cultural Property Protection Unit, and the US Army signed a teaming agreement with the Smithsonian to train a team of Cultural Heritage Preservation Officers. The Iraqi Security Forces (ISF) play a central role by protecting newly discovered sites and securing the border with Syria. Working with the Nineveh Antiquities and Tourism Department, the Iraqi Army thwarts antiquities smuggling and stops illegal financing operations including those organised by Daesh.

The Global Coalition, including the Italian Carabinieri Art Squad and UNESCO, are working hard to provide technical training to the ISF, supporting border security and restoring historic sites and artefacts. The Coalition has provided the ISF with training and equipment to prevent smuggling and illegal movements, particularly across the border with Syria where malign individuals and groups, including Daesh, still attempt to smuggle stolen Iraqi antiquities to sell in the West.

Iraqi forces have secured the border with fortifications, barbed wire and long-range thermal cam-eras to spot movement and prevent smuggling in either direction. This integrated, on-the-ground approach is supported by Coalition air cover, which disrupts Daesh activities and enables the ISF to protect Iraq’s sovereignty.

In addition, restoring important Iraqi cultural landmarks like the Mosul Museum undoes some of Daesh’s efforts to erase the city’s diverse history. Exciting community-led initiatives such as UNESCO’s ‘International Architectural Competition for the Reconstruction of the Al-Nouri Mosque Complex’ call on communities to contribute to and vote for reconstruction efforts.

As well as being a means to create sustainable jobs, community involvement in the restoration and management of cultural sites such as the Al-Nouri Mosque helps protect sites and reinforces a shared history, local identity and pride. By inviting citizens to vote on shared use spaces surrounding these monuments, communities develop a personal connection with these sites.

What better way to defeat Daesh’s hatred towards pluralism than for the Nineveh economy to flourish through the diversity of its cultural offering?

For the first time in northeast Syria, a cycling marathon for women