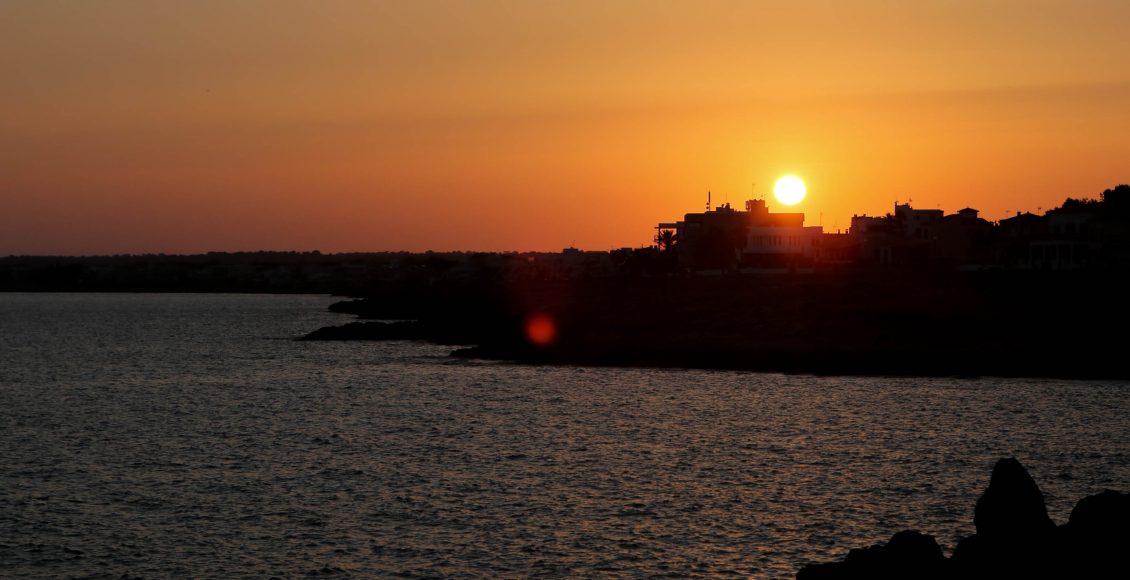 This year, Amal, her husband and two children are celebrating Ramadan together in the coastal city of Tartus, in North-western Syria. The family now lives in a small flat near a park where they have been sharing Iftar (the breaking of the fast during Ramadan) with neighbours. “My sons’ happiness reflects on me” she says, thinking of Hamza (10) and Kareem (8) as they enjoy the freedom to play outside. “The first days of Ramadan had them really excited” she says. “Ahmad – their father – takes them to night prayer, but then they get so excited playing in the park after Iftar that it’s difficult to convince them to go to bed,” she smiles. Amal says that security cannot be taken for granted in Tartous and thinks the boys shouldn’t get too used to this lifestyle but then adds: “I know they’ve been through some tough times, so I feel they deserve some play time and to be joyful.”  Reflecting on everything it took for the family to get to Tartous and to be able enjoy Ramadan, Amal comments: “this peaceful time is what the family needed.”

Amal is originally for Yabrud, halfway between Damascus and Homs, near the Lebanese border. After getting married to Ahmad, the couple moved to Palmyra where Ahmad had found a staff job at the General Directorate of Archaeology and Museums.  Palmyra, known as Tadmur to its inhabitants, became the focus of intense fighting between the regime and the opposition when the civil war broke out in Syria. In 2013, the Syrian Army started shelling militant positions every night and positioned themselves in the museum, between the town and the ruins. 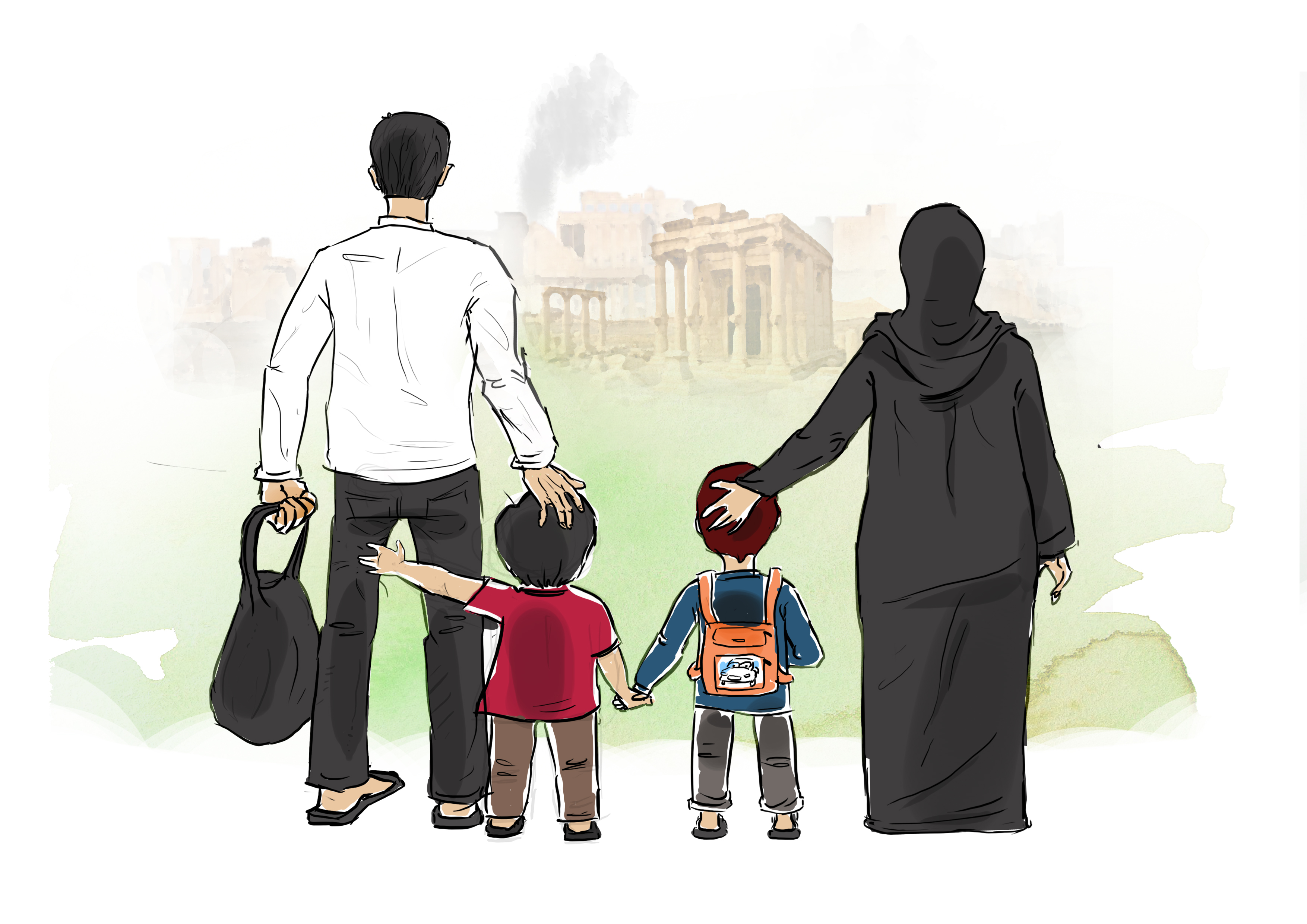 In May 2015, things took a turn for the worse. Coming from the northeast, Daesh launched a 13-day offensive taking advantage of the Syrian Army’s redeployment to Idlib province, where ongoing fighting was taking place. By 26 May, the fighting was over and Daesh started imposing its rule on the city. As is the case throughout the territory it controls, Daesh looked at the local youth with suspicion,  often accusing them of apostasy, of being affiliated with the Free Syrian Army (FSA) or of being a regime sympathiser. Because of his work as a state employee at the museum, Ahmad eventually attracted Daesh’s attention and was sent straight to prison. For months, Amal’s husband was subjected to torture. Outside the prison, Amal and her two children were also at the mercy of Daesh. “We were forced to take religious courses, as if we weren’t Muslims,” she recalls. Whilst almost all women in the city had to follow these courses, Hamza and Kareem were also compelled to follow military training. “When we were still living in Palmyra, we weren’t fully aware of the psychological impact all of this would have on us, but we witnessed daily acts of violence,” she says. All Amal knew was that they needed to leave Palmyra, but she wasn’t going to leave her husband behind.

Ahmad was released by Daesh in early 2016, a few months before regime forces retook the city in March 2016. Unfortunately, he was arrested again by the government’s forces and spent another two months in prison. This time, however, his work at the museum played in his favour as colleagues were able to vouch for him. By the time he was finally released, Ahmad was in poor condition: he had lost a lot of weight and his neck was broken. Many of his former colleagues were even less fortunate – as Daesh executed many of them in Palmyra’s famous Roman amphitheatre.

After Ahmad’s release, the whole family decided to leave Palmyra and joined a wave of IDPs heading to the al-Hadalat IDP camp, on the border between Syria and Jordan. During the several months they stayed in the camp, Ahmad received basic medical attention. But Amal was particularly worried about her youngest son Kareem. When they left Palmyra, Kareem – who had been indoctrinated in Daesh’s military training – was devastated. Worried, Amal took the young boy to a specialist who told her that her son was suffering from trauma. Whilst in al-Hadalat, Kareem’s psychological distress intensified; he started fainting and crying hysterically through the night. Amal asked for help, but it became clear that there was not enough medical assistance in the camp to treat him properly. However, a Syrian Red Crescent (SRC) volunteer told her that they could transfer the family to another IDP camp in the outskirts of Damascus where Kareem could be treated. The situation in Damascus was not much better than in al-Hadalat though. “The high population density and the high cost of living contributed to the same stressful atmosphere we were trying to get away from,” says Amal. “So, we decided to move to Tartous, on the coastline,” she adds.

In Tartous, things started to improve gradually: Ahmad found a job in the industrial zone and the family was able to rent a small flat. Volunteer doctors are looking after the boys and are providing them much-needed psychological support. Amal smiles. “Back in al-Hadalat, I told my husband we would soon be living in a beautiful house by the sea, to lift his spirits,” she says. “This is not exactly the beach, but at least the coast is not far.”  Like so many others in Syria, Amal and her family have been through a lot. This Ramadan by the sea is their chance to heal their wounds as a family and find, at last, a measure of calm.

Stories of Ramadan: A “Tattooed Identity” Daesh Could Never Change