OIL&GAS: Terrorist accountants and Project Managers: The gigantic oil theft that funded Daesh — and how the Global Coalition hit back 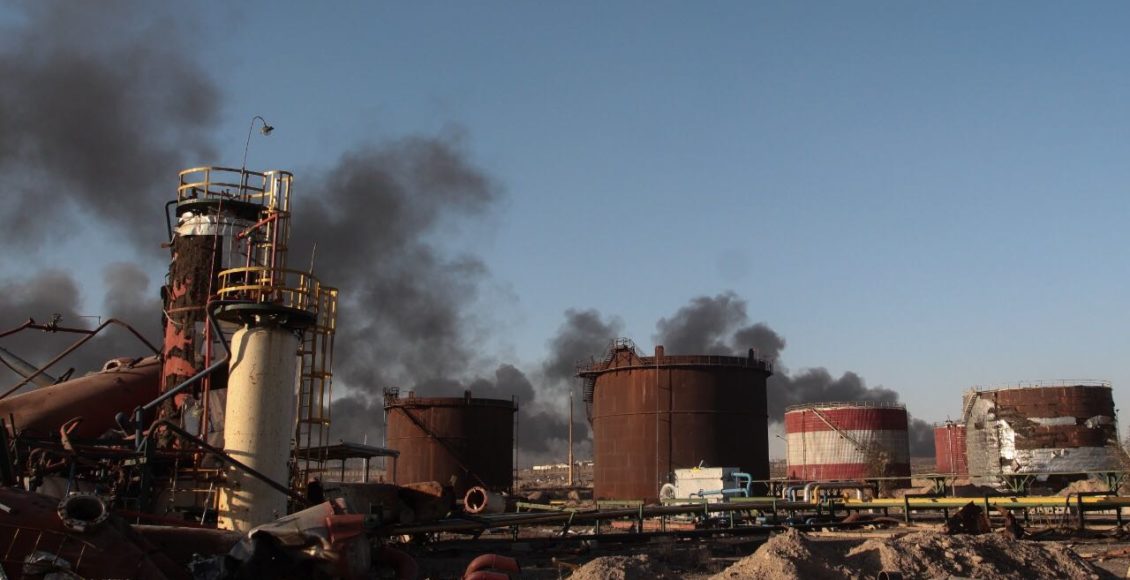 By the time U.S. forces intervened directly against Daesh in August 2014, they were already facing a terrorist organisation with an unprecedented capacity to run itself from resources it could steal from the territories it occupied. Unlike Al Qaeda in Iraq or the Taliban, Daesh was not reliant on external support.

At the heart of Daesh’s bid for financial autarky – and the military and political power that would come with it – was oil.

Quickly, Daesh was able to control output of over around 70,000 barrels a day of active oil production and began racking up oil revenue of roughly $50 million a month.

At its peak, oil accounted for about half Daesh’s revenue. But it represented more than money.

It was the lifeblood of the myth of the caliphate, allowing Daesh to maintain a pretense of governing. It provided cheap, ready fuel to the captive population it controlled, allowed them to salary militants and workers, and gave means to import everything from food to foreign fighters.

The Coalition, inaugurated in October 2014, soon began targeting individual oil fields under Daesh control and quickly decimated refining capacity in much of Syria, causing prices in Daesh territory to spike.

But before long, the Daesh oil sector was back in business.

Basic, teapot refinery clusters – essentially steel tanks heated atop a pool of burning fuel oil – began popping up to service local markets with diesel, fuel oil and naphtha, a rough-and-ready substitute for gasoline. Snaking convoys of laden tanker trucks kept rolling – hundreds at a time – across swaths of barren land between oil facilities and cities. The group had also redoubled efforts to increase production and crude oil exports, with oil exports to the Assad regime running at around 20,000 b/d. 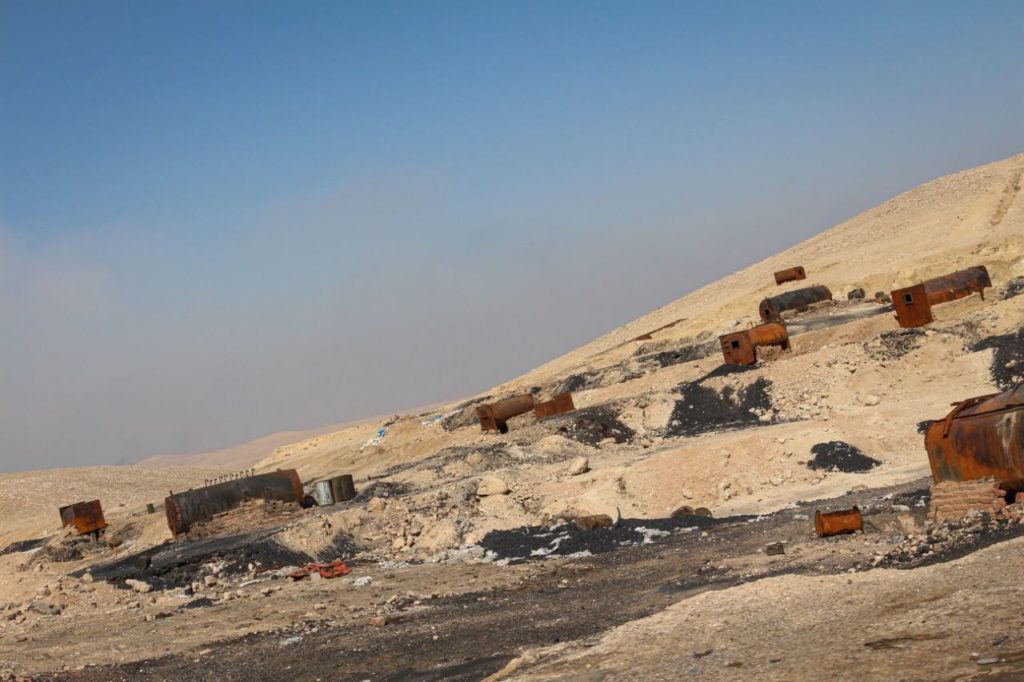 After a year of periodic bombing, Daesh was still producing somewhere between 40,000 and 60,000 b/d, enough to garner approximately $30 to $50 million dollars a month in revenues, while serving the captive population and fueling its war machine. People in most towns could still get cheap kerosene for cooking, rough-and-ready fuel for their cars, and enough diesel to run generators to keep the lights on.

The turning point was a May 2015 Delta Force raid on a compound in Al-Omar oilfield in Deir Ezzor, the first confirmed U.S. Special Forces raid against a senior Daesh official in Daesh-held territory.

As well as killing Abu Sayyaf and capturing his wife, a Yazidi captive held by them was freed, and a huge trove of files and terabytes of data were recovered. That data proved to be nothing less than an economic map of how Daesh operated.

Abu Sayyaf had developed a sophisticated oil operations structure that was resilient to Coalition strikes. A large cadre of up to 2,000 engineers worked to patch-up damage from airstrikes and a massive fleet of tanker trucks with drivers remained willing to run the gauntlet to move oil around.

Abu Sayyaf had adopted a simple system that, while heavily invigilated, kept market pricing at its heart, allowing Daesh to administer the oil value chain without having to run all of it. Daesh would sell crude at set prices directly from the wellhead to middlemen, who would go on to have it refined locally or exported. Daesh would tax each part of distribution, refining and eventual sale. Prices and tax take were calibrated to encourage civilian-run trading and distribution. And in the regime of Syrian President Bashar Al-Assad, Abu Sayyaf had a steady customer for crude oil shipments.

Out of the insight gained from the Abu Sayyaf cache came recognition both of the importance of taking the economic fight to Daesh, and new ways of how to do it. The Coalition launched Operation Tidal Wave II in October 2015 (the name revived from a World War II operation against Nazi-held oil infrastructure).

Tidal Wave II saw massive escalation in the quantity and variety of strikes, built from the recognition of the Daesh oil sector as a central part of its power.

The Coalition sought to deplete the value of oil to Daesh, rather than to end oil production altogether. A month into the campaign, emphasis moved from wells to the fleet of about 2,500 mostly civilian-run tankers on which Daesh relied to monetise oil. At least 400 trucks were struck in November alone.

Oil tankers were hit wherever they massed. Leaflets would be dropped in advance to warn civilian drivers and limit casualties. The aim was to destroy the trucks and drive civilian middlemen out of Daesh’s oil business. The hundreds-long, snaking convoys around oil fields in Iraq and Syria soon disappeared. By the end of the operation, approximately 1,000 tanker trucks had been destroyed, sometimes 100 or so at a time. 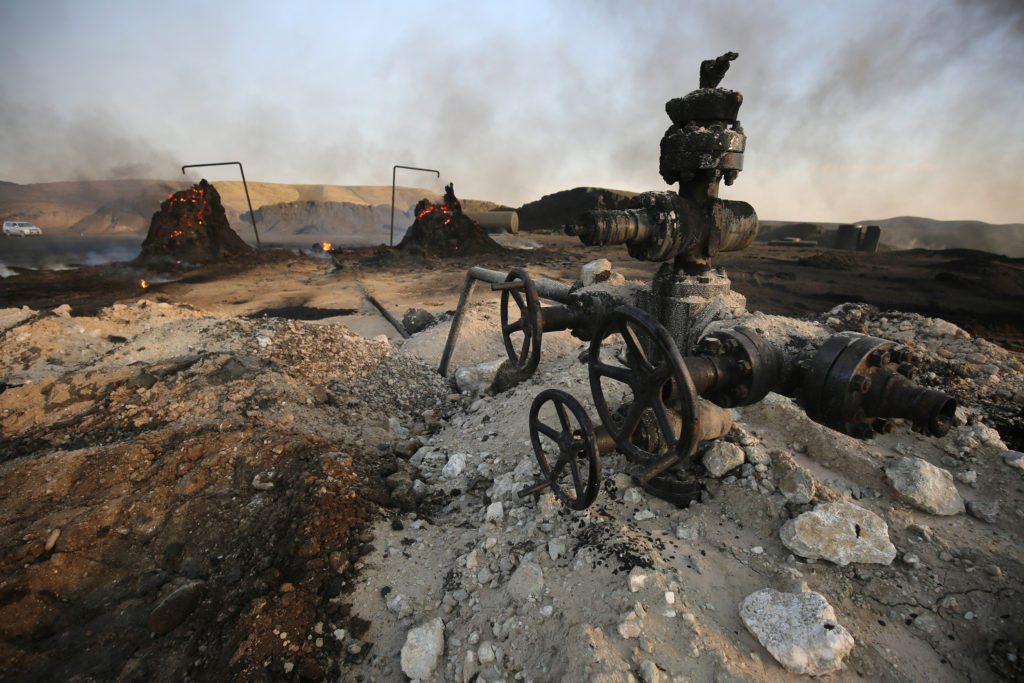 The initial oil looting bonanza, where militants quickly siphoned vast amounts of stricken oil and fuel from conquered pipelines and storage facilities, could not be repeated. In Iraq, the group lacked the technical staff needed to run large facilities as intended, and output from the Deir Ezzor fields was declining.

Daesh’s oil sector depleted. Revenues were halved by April 2016 and, in October 2017, just before they lost all territory in Iraq, the Coalition estimated that Daesh oil revenue had tumbled some 90 percent from its peak, to around $4 million a month.

In denying Daesh use of oil facilities, the Coalition cut the terror group’s economic lifeline. Without it, the pretense of a functioning state crumbled.

How the Global Coalition tackles Daesh’s oil and gas financing

WHO working to restore healthcare in Iraq