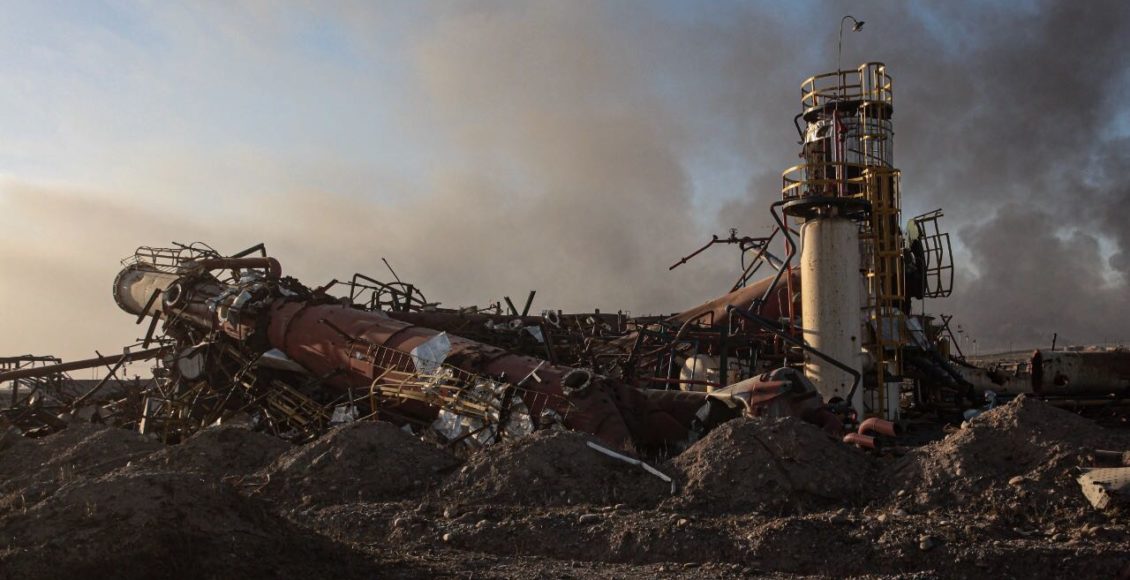 The Global Coalition against Daesh is engaged in a comprehensive campaign to disrupt and prevent Daesh from raising, moving and using funds. Together, the Coalition’s 81 members have taken measures to prevent Daesh’s use of the international financial system by identifying – domestically, regionally and through existing UN Security Council resolutions – Daesh’s senior leaders, facilitators and financiers, freezing their assets and making it more costly and more difficult for them to do business. Partners have also sought to counter Daesh’s efforts to exploit the economic assets and resources of the Iraqi and Syrian people, which included taxation, kidnapping, looting, and Daesh’s acquisition of oil and gas fields in Syria and Iraq. The Coalition’s precision air strikes against Daesh-controlled oil fields, infrastructure, and transportation assets disrupted a primary source of revenue for the terrorist group.

Below are some of the activities that specific partners have taken towards counter Daesh financing:

Italy
Italy has played a key role in the Coalition’s Counter-Daesh Finance Group (CIFG), which it leads with the USA and Saudi Arabia. The CIFG is an integrated part of the broader Coalition and made up of 30 members worldwide to disrupt Daesh financing. As part of its ongoing work, the CIFG is specifically focusing on information exchange, targeting Daesh’s oil revenues, combating the financing of Daesh affiliates, and addressing Daesh sales of smuggled antiquities, among other topics. Additionally, Italy has passed tougher legislation on counter terrorist financing and introduced new criminal legislation to crack down on individuals financing – or providing other kinds of support – to terrorist groups.

In 2017 Italy seized $58m worth of Daesh ‘fighter drugs’. Italian police discovered over 24 million Tramadol tablets, a moderate to severe painkiller, being transported from India to Libya at the port of Gioia Tauro in southern Italy. The haul was estimated to be worth €50 million. Investigators believe Daesh planned to sell the tablets to its foot soldiers for the equivalent of €2 a tablet. 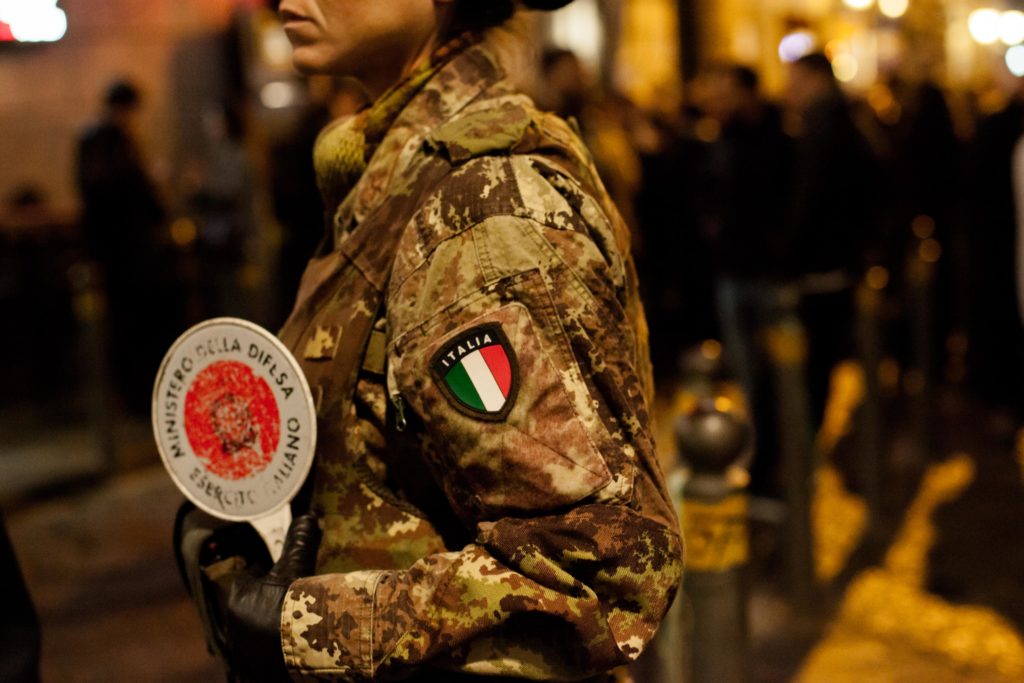 Denmark
Denmark is a founding Coalition member.  and has implemented a countering violent extremism (CVE) programme which is linked to counter Daesh finance.
For example, in January 2017 the Danish government said it would stop paying Daesh foreign fighter militants welfare benefits as part of a plan to fight terrorism. The Danish government has also included a planned crackdown in a new bill to prevent extremism. A statement from the Justice Ministry said: “The payment of state benefits to foreign fighters must be stopped, so they cannot finance their stay in a conflict zone with unemployment benefit “kontanthjælp”, for example.”

U.S.A.
The United States of America has been at the forefront of Coalition efforts to combat Daesh since its inception, and co-leads the CIFG with Italy and Saudi Arabia.
As part of its counter-financing efforts, in April 2019 the U.S. Treasury designated seven individuals and one company as part of powers which target terrorists – and those providing support to terrorists. When a person becomes a “Specially Designated National”, their assets are blocked, and U.S. citizens are prohibited from dealing with them. This action targets key financial facilitators and conduits for Daesh operating in Europe, Africa, and the Middle East, as well as six individuals, located in Iraq, Turkey, and Belgium amongst other businesses. They all form part of the Rawi Network, a key Daesh financial facilitation group based out of Iraq, which was the target of a joint U.S. Treasury-Department of Defense action in October 2018.  The seventh person designated is a Kenya-based female financial facilitator who has played an important role in a Daesh facilitation network in East Africa.

On 18 November 2019, the U.S. Department of the Treasury designated Daesh financial procurement and recruitment networks in the Middle East and South Asia. The Office of Foreign Assets Control (OFAC) designated two Turkey-based Daesh procurement agents and four Daesh-linked companies operating in Syria, Turkey, and across the Gulf and Europe for providing critical financial and logistical support to Daesh. Additionally, the Treasury is acting against the Afghanistan-based Nejaat Social Welfare Organisation for using false charitable pretenses as a cover to facilitate the transfer of funds and support the activities of the terrorist group’s branch in Afghanistan, ISIS – Khorasan (ISIS-K). The Treasury also took action against two senior officials affiliated with this organisation.

Saudi Arabia
Saudi Arabia co-leads the CIFG with Italy and the U.S.A., and also established the Terrorist Financing Targeting Centre. Of the many activities the Centre does, it assists in imposing sanctions on entities that conduct terror financing, including joint designations with the U.S. Treasury Department. It also assists in intelligence sharing, strengthening of local banking laws, conducting far-ranging investigations into terror funding networks, facilitating crackdown on local money-exchange operations and much more.

France
France is playing a leading role within the Financial Action Task Force (FATF), an intergovernmental organisation founded in 1989 on the initiative of the G7 to develop policies to combat money laundering. Alongside the U.S.A., it oversees the drafting of the Emerging Terrorist Financing Risks report, which is the result of the call for further research into terrorist financing. The report provides an overview of the various financing mechanisms and financial management practices used by terrorists and terrorist organisations. At a national level, France has adopted an asset-freezing provision allowing the state to take action against individuals who commit or attempt to commit acts of terrorism, those who participate in or facilitate such acts, and also those who finance them.

In June 2018, a French company, Lafarge, an industrial company specialising in cement, construction aggregates, and concrete, was suspected of paying almost 13 million euros (about $15 million) to Daesh after the terrorist group captured a part of Syria where the company had a cement plant. In November 2019, a French court upheld the preliminary criminal charges against Lafarge over these allegations.

Turkey
Turkey, in line with United Nations Security Council resolutions 2178 (2014) and 2199 (2015), launched a comprehensive strategy targeting Daesh’s financing, which aims to disrupt and prevent the terrorist organisation from raising, moving and using funds. As part of Turkey’s international leadership and co-operation in this field, Turkey co-led a Financial Action Task Force (FATF) typology project on Daesh with the U.S.A. As an active member of FATF, the Turkish Financial Intelligence Unit (MASAK) co-operates with other international financial intelligence units tackling terrorist financing. Turkey is also an active member in CIFG.

Turkey employs effective and robust measures to prevent smuggling activities along its 911 km land border with Syria and its 331 km land border with Iraq. Itconducts a zero-tolerance policy regarding illegal cross-border activities and takes robust action against oil smuggling across its borders. In response to the increasing lawlessness on the Syrian side of Turkey’s border since 2011, Turkish law enforcement and security forces have stepped up their efforts to counter threats to Turkey’s border security including smuggling activities stemming from Syria.

In October 2019, Turkey disrupted an illegal money transfer system used by Daesh, according to sources at Turkey’s financial crimes watchdog. Security forces targeted suspects accused of directing Daesh international money transfers using the Hawala system, a traditional system of transferring money, whereby the money is paid to an agent who then instructs an associate in the relevant country or area to pay the final recipient, said sources from MASAK. During the operations, some foreign currency Daesh had planned to send was seized and the Hawala system was cracked, added the sources. Daesh used Turkish and Syrian-based jewelry firms or exchange offices as fronts for money transfers, they said.

Spain
Spain is a member of CIFG. Through this group, Spain shares its valuable, decades-long expertise in tackling terrorist financing with the Coalition. Spain believes it is critical to stem the flow of cash to Daesh as well as to eliminate the terrorist group’s revenue from oil. As part of this effort, UN Security Council Resolution 2253 (2015) addressing terrorist financing, must be effectively implemented. Countries should adapt their legal framework to prevent any activity related to financing terrorism.

In July 2016, Spanish police arrested two brothers in the northern city of Girona accused of helping Daesh’s operations in Syria and Iraq, the Interior Ministry said. The two Moroccans, aged 22 and 32 diverted funds from Europe to pay for the transfer of members of the militant group into conflict zones, the Ministry said. They were charged with financing terrorism, collaborating with a terrorist group and indoctrination, and sent money to Daesh administrators operating under false identities.

United for a Safer Future