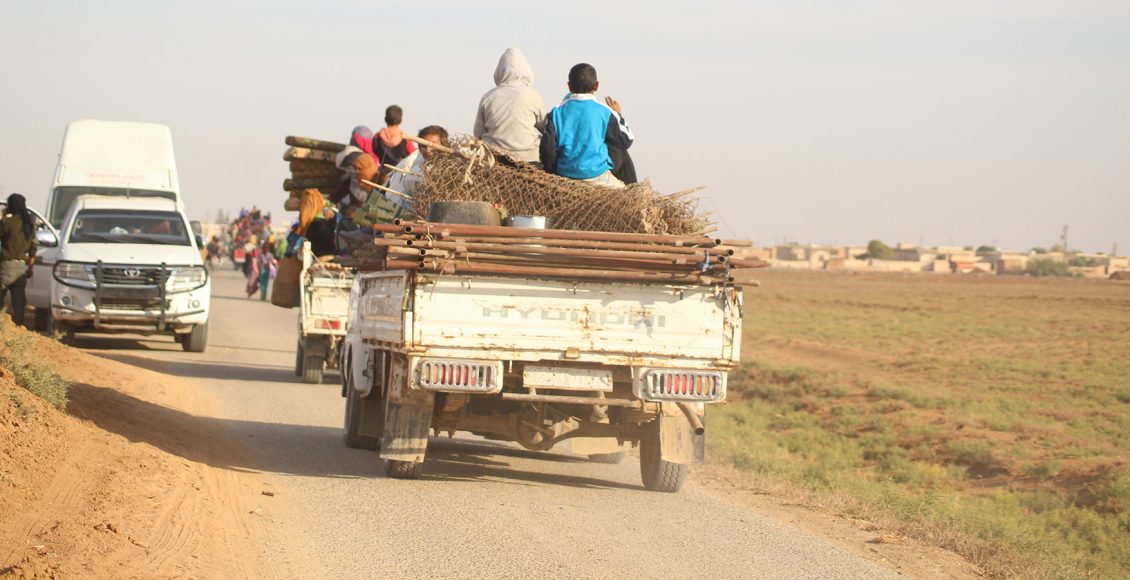 This week, Daesh fighters in Albu Kamal adopted a defensive stance against air strikes whilst also facing ongoing civilian resistance. Open sources reported on 16 May that Daesh forcibly evacuated civilians from their homes in Albu Kamal without providing justification for the move.  It is currently unclear where these civilians have been taken. It was later reported that Daesh severed the area’s internet.  Additionally, local sources reported that on 12 May, Daesh security forces had previously raided a man’s home under the pretext of confiscating a banned satellite internet device. Though Daesh personnel did not discover the alleged device, they attempted to arrest the homeowner, who had resisted. When he attempted to flee, Daesh personnel shot him in the head, killing him instantly.  This is the second week in a row during which Albu Kamal residents have resisted Daesh security forces, indicating an erosion of its authority in a region generally considered among Daesh’s most secure. However, Coalition airstrikes and advances by Coalition-supported local Free Syrian Army (FSA) forces, known as Maghaweer al-Thawra (Commandos of the Revolution), may be straining Daesh administrative and security capacities in the area, leading to increased tensions and waning Daesh control.

Additionally, Daesh may be relocating Albu Kamal civilians from their homes to prepare the city’s defences against air strikes, as they did in Raqqa Province. The removal of civilians from their homes whilst simultaneously blocking internet access and, therefore, preventing reporting on these movements, may indicate Daesh’s intent to use Albu Kamal’s civilians as human shields to either dissuade Coalition airstrikes on military and administrative targets or provide Daesh with an opportunity to generate anti-Coalition propaganda from civilian deaths.

On 10 May, officials from Dayr al-Zawr’s Daesh Office of Zakat (alms) visited the homes of all the widows of Daesh fighters in the city to rescind their aid cards. The Daesh officials did not provide any justification for the cancellation. Previously, these women could use their cards to obtain baskets of essential foodstuffs such as grain, sugar, and oil from the local Zakat office. However, local sources report that it has not dispensed food aid to widows in over two months. In addition to the cessation of food support to Dayr al-Zawr widows and the revocation of their aid cards, on 14 May Daesh also opened an office in al-Mayadeen (45 km southeast of Dayr al-Zawr) specifically to facilitate the marrying of local widows to Daesh fighters. The office will provide financial incentives to men marrying the widows, increasing the amount for each widow married.

The centre providing services to IDPs in Syria