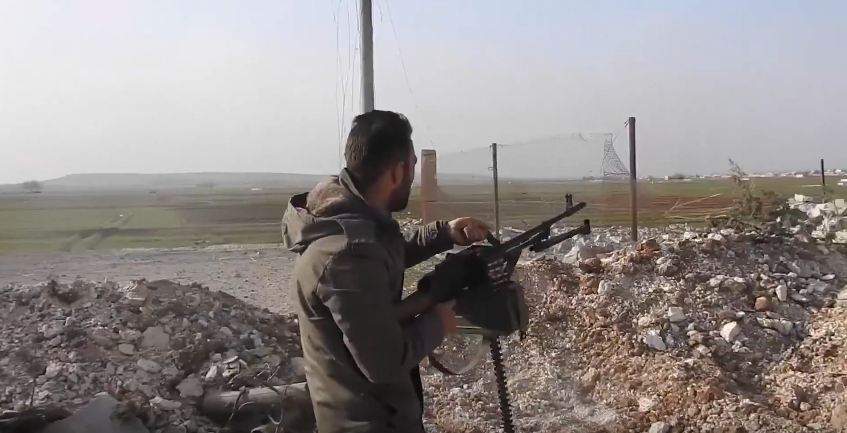 Daesh employ forced labor in Dayr al-Zawr Province. On 7 April, Daesh in Mayadin (45 km southwest of Dayr al-Zawr City) arrested several young men for minor clothing infractions, later using them as forced labor to dig trenches and foxholes for Daesh fighters. This occurred the day after Daesh in Mayadin stopped accepting resident complaints, so this tactic could be seen as a petty and opportunistic reprisal against local residents, though it will likely only  further erode resident sentiment. Daesh has regularly conscripted labor for its construction projects, particularly in recent weeks.

Tabqa City sees mass arrest, possible purge. On 6 April, Daesh arrested dozens of residents in Tabqa City for alleged affiliation to the Free Syrian Army (FSA). However, sub-sources reported that Daesh largely invented these allegations to conform with the desires of Daesh’s local security leaders. If true, Daesh may have begun a purge in the area to maintain local control. The group undertook a similar action at a similar stage in al-Bab City.

Daesh requests deeds and titles in Tabqa City. On 9 April, Daesh’s Office of Contracts ordered Tabqa City residents to provide the appropriate deeds, titles, and contracts for their homes, vehicles, and other possessions. Typically, Daesh would seize homes, vehicles, and other possessions that lacked clear ownership, particularly given the current overcrowding in Raqqa Province. However, the SDF has isolated Tabqa City from Daesh’s remaining territory, dramatically reducing the group’s potential gain from seizing these properties as Tabqa nears liberation. Although the group has not previously undertaken such a measure, Daesh may intend to destroy these documents in order to confuse post-liberation administrations and sow confusion, just as it does physically with explosives and mines.