“Am I able to live in this destroyed city?” The exiled teacher who returned to Raqqa determined to protect the city’s youth from Daesh — meet Mona Freij

“Daesh raided our house,” says Mona Freij, 43, an activist, social worker and English teacher from the Syrian city of Raqqa. “God didn’t will that I die yet. I was able to get away and reached Turkey.” 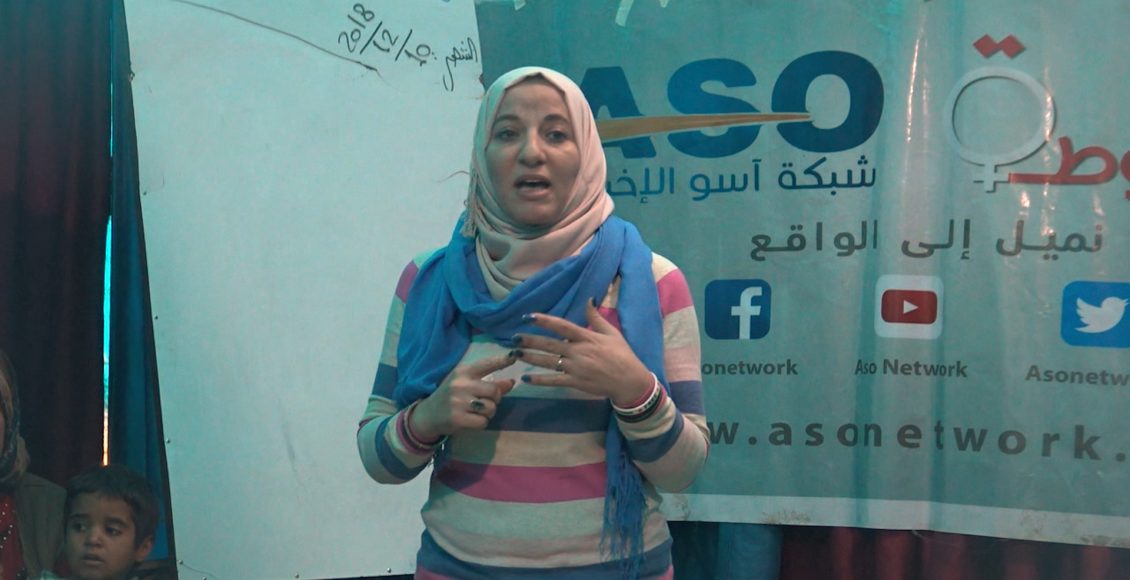 “Daesh raided our house,” says Mona Freij, 43, an activist, social worker and English teacher from the Syrian city of Raqqa. “God didn’t will that I die yet. I was able to get away and reached Turkey.”

Mona was forced to flee Raqqa under Daesh rule because, as a woman and committed activist, her life was in danger.

“Daesh was very strict with the entire society but had very tight measures with women in particular,” says Mona, “and I am not the type of person who can live under restrictions.” That is why she fled to Turkey.

But as soon as the occupation started to wane , Mona was determined to return and help rebuild Raqqa. She had tried to get back many times during her exile and she longed to see her family and her home town, especially asher mother had fallen ill.

“The first time I came over, the city of Raqqa was still in the midst of battles with Daesh,” says Mona. “I came and visited my family. It had been four years since I had seen any of my relatives.”

“It was a big challenge. ‘Am I able to live in this destroyed city?’ The roads are closed, no services were available – no utilities, no internet. I saw everyone working to bring back life to Raqqa: NGOs, individuals, the local council. Everyone was working on reviving the city, so it was an incentive for me and for many others. A city being rebuilt once more.”

Mona, like many others, felt the need to contribute to the regeneration of Raqqa. Her belief that extremism is driven by the exploitation of vulnerable and isolated people drove her to direct her energy to where she felt it would be most useful: education.

“The two groups I concentrate on are young people and women because they are more vulnerable, or perhaps let’s say more marginalised within society,” she says. “Why would someone engage with radical groups and armed groups unless that person feels they do not exist within their communities? So, we make sure we make this person feel that they are present and of value.

“Our true role as social workers and individuals is to work on this layer of society so that they are not prey to any radical entity,” she added.

“People need to know that they have a choice. We need to build strength in character and freedom of choice.”

For Raqqa to recover, a lot of work still needs to be done but Mona believes it can be achieved, if people are just patient. “I must continue and have patience to do this work because building something does not happen in one night.”

The castle and its kiln bringing tourism back to Raqqa

Inside a young sculptor’s studio in Raqqa