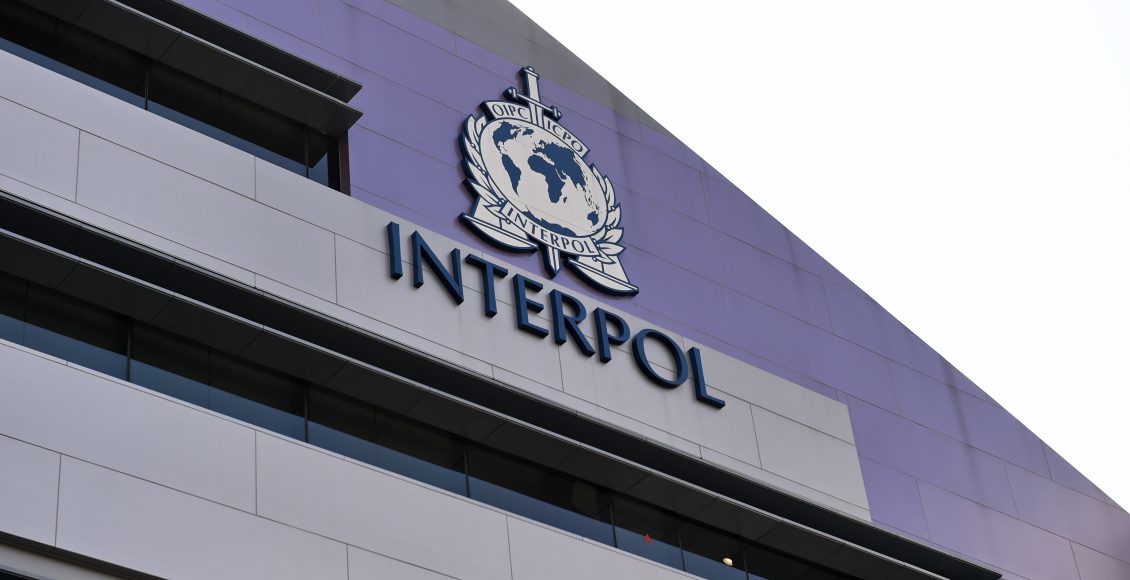 A logo at the newly completed Interpol Global Complex for Innovation building is seen during the inauguration opening ceremony in Singapore on April 13, 2015. The Interpol Global Centre for Innovation opened its doors with officials hoping it will strengthen global efforts to fight increasingly tech-savvy international criminals. AFP PHOTO / ROSLAN RAHMAN (Photo by ROSLAN RAHMAN / AFP)

Attending the 21 July Counter ISIL Ministerial Meeting in Washington, Secretary General Jürgen Stock said with police at the frontline of the fight against terrorism, both within and outside of the conflict zones, INTERPOL would act as the catalyst for a strong, international policing component in this united effort to counter the terrorist threat.

“Sharing through INTERPOL means extending any national security perimeter. A key step is to build a bridge between the conflict zone – where Daesh core stands – and law enforcement abroad – where Daesh is radicalizing and striking,” said Secretary General Stock, pointing to successes already achieved through this model.

“Cooperation with the US Department of Defence and INTERPOL’s National Central Bureau in Washington DC turned declassified information from the battlefields of Iraq and Afghanistan into invaluable investigative leads abroad – with solid cases built; foreign terrorist fighters positively located; and facilitation and recruitment networks dismantled.

“Replicating this approach against Daesh would dramatically enhance the success of investigations into the groups’ affiliates worldwide. Simply too often, these law enforcement efforts had to stop at the doors of the conflict zone,” concluded the INTERPOL Chief.

Data on more than 7,500 foreign terrorist fighters shared by nearly 60 nations via INTERPOL is currently accessible by member countries for investigations, cross-checks and screening at borders. Thousands of additional records are also being exploited by INTERPOL for analytical purposes to provide leads to law enforcement around the world.

Secretary General Stock also underlined the need for building police capacity and for intelligence to be made available to frontline officers to reduce the possibility of Daesh affiliates to move across borders.

Created in September 2014, the Global Coalition is made up of 67 partners and is centred around five mutually reinforcing lines of effort to ‘degrade and defeat ISIL’, three of which will be supported by INTERPOL – impeding the flow of foreign fighters; stopping ISIL’s financing and funding, and; exposing ISIL’s true nature.