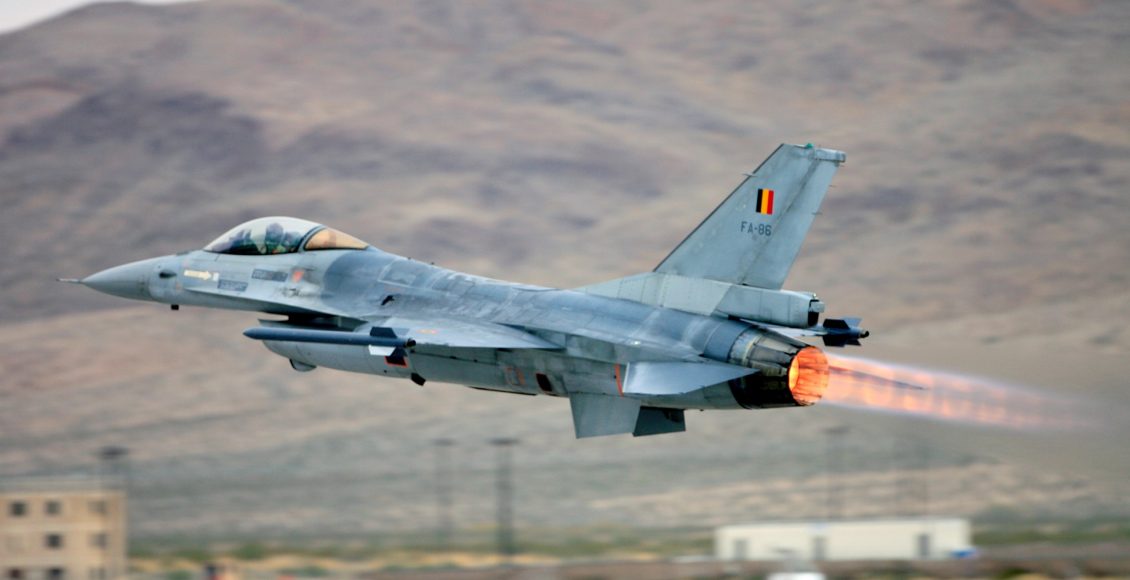 A rotation mechanism between the Belgian and Dutch air forces has been agreed to in order to guarantee a permanent participation in air operations. From July 1st to mid-2017, six Belgian F16s and  military support staff are deployed in Jordan to participate in the Coalition airstrikes in Iraq and Syria. Furthermore Belgium is involved in the training of Iraqi soldiers and supports the Coalition Command and Control through staff officer contributions in the headquarters at various levels.

Belgium is convinced that a solely military response to the crisis in Iraq and Syria will not stabilize the region over the long term. Belgium therefore supports the full range of political and diplomatic initiatives to tackle the crisis, in particular those of the UN, the International Syria Support Group and the EU. They aim at finding lasting political solutions to the conflict in Syria and improve the living conditions of civilians in both Syria and Iraq. Belgium hosted the meeting of the Coalition’s political directors in November 2015 and the FTF working group in May 2016 and is an active member of all of the Coalition’s working groups.

Belgium supports Iraq, Syria and the neighbouring countries in dealing with the consequences of the crisis caused by Daesh by alleviating the plight of those suffering. Respecting the impartiality and neutrality principles of the humanitarian aid assistance, Belgium has increased its humanitarian aid to the region. In 2015 a total of 50 million euro was contributed to various programs and a further 75 million euro is engaged for the period 2016/2017.

Belgium also wants to contribute to the stabilisation and reconstruction of areas previously held by Daesh and meanwhile liberated. Therefore, to facilitate the return of displaced persons and refugees, 2 million euros will be given to the UNDP fund ‘Funding Facility for Immediate Stabilization’ (FFIS). Restoration works of basic infrastructure and support for local employment projects take priority.

COUNTER-TERRORISM AND PREVENTION OF VIOLENT EXTREMISM

Daesh and its affiliated organizations have brought the threat of terrorism to Europe’s doorstep. Many foreign terrorist fighters active in Syria and Iraq originate from Europe, including Belgium. On March 22nd, Belgium was the target of multiple attacks and experienced one of the darkest days in its recent history. The attacks took place in Brussels (Maalbeek metro station and Brussels International Airport) killing 32 people and wounding 340. Like many other countries targeted by this latest form of terrorism, Belgium is an open, democratic and multicultural society with Human Rights and Fundamental Freedoms at its core. Committed to protecting our citizens and all those who have chosen Belgium as their home, we remain firmly resolved to protect those values in our response to terrorism.

Like other countries, Belgium is indeed confronted with a number of challenges in the fight against violent extremism and terrorism, but it has always stood ready to take up its responsibility and will continue to do so in the future. The Belgian authorities have decided for a resolutely holistic approach to the matter, where prevention, repression and duty of care go hand in hand. Belgium strengthened its counter-terrorism legal framework by introducing special provisions in its legislation, reinforced security measures and developed further preventive instruments. For 2016, an extra €400 million euros has been allocated towards the fight against terrorism. Particular attention has been given to specific measures to stop the flow of foreign terrorist fighters and deal with those who have returned from the Levant, as well as the issue of home grown terrorism.

On the basis of this legislative framework, several judicial investigations have been undertaken. Since 2015 over 200 convictions for terrorist acts were rendered, mostly related to FTF activities. Almost 400 cases are still under investigation.

Our preventive policy is coordinated by our Ministry of Home Affairs but runs through all levels of power, from national and regional to the local level, where initiatives at grass root level have the most impact. Apart from specific measures to prevent radicalization, the Belgian government is fully engaged into the creation of an inclusive society where everybody feels at home and gets the same opportunities.

Recent terrorist attacks have confirmed the need for more, and better, exchange of information between security and intelligence services. Belgium continues to pursue this objective at home and with international, regional and sub-regional partners. Belgium remains a committed and constructive partner in the international arena when dealing with violent extremism and terrorism.

How do the people of Anbar feel about security in their region?