One of the Global Coalition’s key lines of effort in the fight against Daesh is stopping the flow of foreign terrorist fighters joining the group in Syria and Iraq. At the meeting of the Coalition working group on this subject, in Antalya in Turkey on the 26th and 27th of October, an analytical paper was presented, covering ‘Future Trends and Dynamics’ in Foreign Terrorist Fighter travel to Daesh controlled areas.

The paper outlined that, in 2016, the overall number of foreign fighters entering Syria and Iraq has fallen substantially, for various reasons:

Despite this, however, the work of the Global Coalition in the realm of foreign terrorist fighters is not over.  There is a need to continue to work with partner states to co-ordinate responses to fighters returning to their countries of origin, as well as supporting individual states with various efforts to help bolster capacity for investigating and prosecuting cases. As Daesh continue to lose territory, the Global Coalition will remain focused on addressing it’s evolving threat, especially as regards foreign fighters.

Read the full report below.

FTF travel to Syria and Iraq: Future trends and dynamics

Travel by Foreign Terrorist Fighters to Syria and Iraq has been a significant global problem since the start of the civil war in Syria. While, in previous years, other theatres in for instance Yemen, Somalia and Afghanistan had pulled in some foreign terrorist fighters (FTFs) from around the world, the number of FTFs travelling to Syria from 2012 onward is unprecedented.

Thousands of aspiring fighters from North Africa, the Middle East, Europe, Asia and elsewhere continue to flock to Iraq and Syria, especially since the declaration of the so-called ‘caliphate’ in June 2014. The majority of these travelers has illegally crossed the border into Syria. While the majority of FTFs joined ISIL/Da’esh, others joined other groups active in the region, including Syrian al-Qaida affiliate Jabhat al-Nusra (which recently renamed itself as Jabhat Fateh al-Sham (JFS)).

This year, 2016, for the first time, the overall number of FTFs entering Syria and Iraq has fallen substantially. It should be noted that due to the activities by the Global Coalition to Counter ISIL/Da’esh many ISIL/Da’esh fighters have recently been killed on battlefield, ISIL’s manpower has declined and the group is struggling to replenish its ranks. To an extent, ISIL/Da’esh may be able to fill this gap by recruiting locals or even children. However, it has become apparent that the group is struggling because of the decreased flow of FTFs.

There are several reasons for this decrease. First of all, the strengthened border security by a number of countries and the loss of territory near the Turkish border and the town of Manbij in particular has made it more difficult for aspiring travelers to reach their destination. Moreover, by losing territory rapidly, ISIL/Da’esh is no longer as dominant on the battlefield in Syria and Iraq and is becoming less attractive to potential recruits. Military losses, financial setbacks, disagreement over promotions, desertions and a crackdown on suspected spies have added to existing internal tensions in ISIL/Da’esh’s ranks. In particular, there have been tensions between Syrian and Iraqi members of ISIL on the one hand and FTFs on the other. In general, life has become harder for those staying in ISIL/Da’esh territory, who increasingly struggle to acquire food and other basic necessities. For all these reasons, most of which are clear to see, the group’s popularity among potential FTFs is likely to have suffered. In addition, the travel of other aspiring FTFs has previously been thwarted by authorities in their home countries.

While it cannot be excluded that the pool of potential recruits traveling to Syria has been more or less exhausted, it is more likely that most ISIL/Da’esh supporters delay or cancel their travel plans because of the aforementioned reasons. Unfortunately, this does not mean that they no longer adhere to the brutal ISIL/Da’esh ideology. The main risk of preventing terrorist travel to Syria and Iraq is that this brutal ideology can spread to the direct circle around the individuals that were stopped during travel. While frustrated or delayed travelersremain in their home countries, they may be very susceptible to calls for attacks, especially when travel to Syria or other countries is no longer a viable option. Unsurprisingly, in recent statements and propaganda, ISIL/Da’esh has been keen to address those staying ‘at home’ and call upon them to commit attacks on behalf of the group. As a result, the decrease in FTFs is not likely to lead to a lowered threat of inspired attacks in the short term.

Another current trend is the rise in FTFs attempting to return from Syria and Iraq to their home countries. Some may travel to third countries and use routes for illegal migration or fake identification papers. Many have expressed disappointment with their life in ISIL/Da’esh territory and, in some cases, disillusionment regarding the group itself. It is possible that they will look for ways to reintegrate into normal society. For a while now, internal tensions and discontent among its ranks have caused many FTFs to consider deserting recently and some FTFs have actually managed to desert. Previously, ISIL/Da’esh has been extremely strict with those attempting to flee, including killing those who tried. As the group is struggling to control territory, more FTFs will be able to take the opportunity to try and desert.

Future of FTFs currently in Syria and Iraq

As mentioned, ISIL/Da’esh is struggling in Syria and Iraq and will likely continue to struggle for the foreseeable future. The loss of the city of Mosul, which would be a real setback for ISIL/Da’esh, is a matter of time. It is highly likely that ISIL/Da’esh and its ideology will continue to exist in some shape or form, even after significant military losses, and the military losses are not impeding ISIL’s external terrorist capability.

The most plausible scenario, at this stage, is a withdrawal of the group to such an extent that they will no longer control large swathes of territory and will (mostly) operate underground. In this scenario, they would continue their struggle by means of an insurgency or terror campaign. This situation would in some ways be similar to the way ISIL/Da’esh and its predecessors operated in their early days, prior to the war in Syria. ISIL/Da’esh has already shown that while losing an area or city, the group leaves behind cells focusing on projecting terror in enemy-controlled territory. This issue is complicated by the Iraqi Sunni population’s sense of being marginalized, causing ISIL/Da’esh to maintain popularity in some areas in Iraq. As a result, ISIL/Da’esh is likely to continue to have a
support base among that part of the population in the region.

The ‘underground’ scenario would have significant consequences for the future of the FTFs. First of all, the number of returnees is likely to rise more substantially. Without control of territory, ISIL/Da’esh will no longer be capable of preventing those wanting to return from leaving. Furthermore, the loss of territory and the increase of ISIL members deserting may also trigger an even bigger number of people attempting to leave.

However, this does not mean that all FTFs will actively try to return to their home countries. Many FTFs will likely struggle to give up on Syria as a theatre and will try to join other jihadist groups in the region, for example JFS. Others will try to travel to other theatres in North Africa or the Middle East, or try to stay in neighboring countries and build up networks there. Some will not give up on ISIL/Da’esh in Syria and Iraq so easily and will attempt to stay with the organization as it attempts to build up its capacity once more.

Nevertheless, even a relatively small increase in FTFs returning to their home countries will pose a challenge. Security and police services, judges, prosecutors and even local embassies as first line of defense (if FTF request consular assistance) will be required to invest a substantial amount of capacity to disrupt any security threats and enable prosecution of the FTFs who have returned. While early returnees only had limited battlefield experience, those returning over the next few years will likely have been engaged in a range of military and other violent activities. They will also have become part of extensive (criminal) networks and will have proven their willingness to commit violent acts for the sake of their ideological beliefs – aspects that could continue to pose a threat upon their return. Even disillusioned or disengaged returnees are likely to be severely traumatized and could therefore pose a threat to themselves and others.

On the other hand, disillusioned returnees can be a useful tool, both as a way of gathering information and a way to spread the credible inclusive narrative to a new generation of potential recruits. 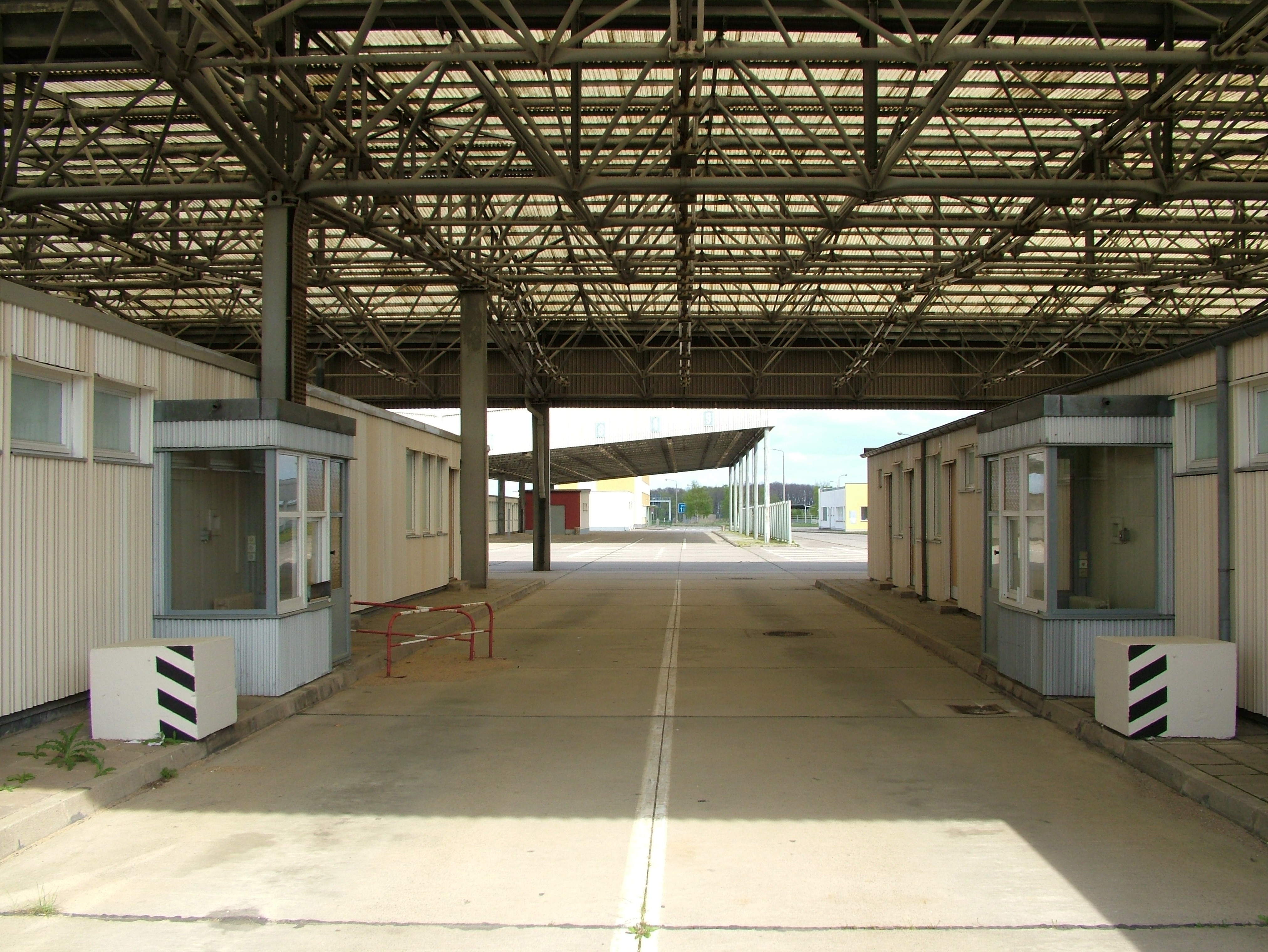 Role for the Coalition

To prepare for potentially large flows of returnees, coordination between the Coalition and (member) States is paramount. The timing, routes and size of return flows are uncertain, but predictions may be made on the basis of the Coalition’s military campaign plan and stabilization efforts undertaken in the region. Information sharing between countries and multidisciplinary assessment, for instance related to border management, is crucial.

States have the primary responsibility for bringing their (returning) nationals to justice. Many states have enacted or amended legal frameworks to prosecute and interdict FTFs and their related offenses, in line with UNSCR 2178 (2014). Consideration should be given to early sharing of a national plan and approaches to returned FTFs including detention practices and rehabilitation/reintegration tools.

The FTF Working group has highlighted multilateral, regional and bilateral efforts to help bolster investigative, prosecutorial and administrative capacity to effectively handle these types of cases. The Coalition can play a role in further strengthening international cooperation in this regard, also drawing upon ongoing efforts in other relevant fora (e.g. the Global Counterterrorism Forum).

How the EU is supporting Iraq’s health care