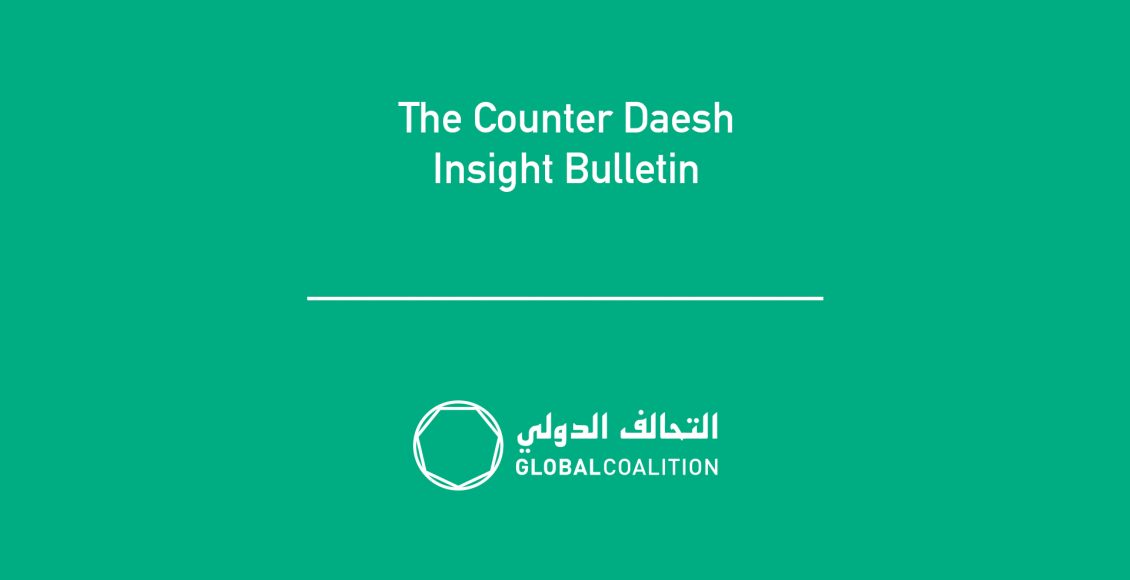 Daesh used Amaq to claim attacks in Afghanistan, Belgium, Iraq, Pakistan, Somalia, Syria, Tunisia,. There was relatively little other output from core Daesh channels, beyond the usual Al-Naba newspaper, which featured an editorial on the importance of obeying the leader.

Output from unofficial Daesh brands included an infographic in three languages claiming to have distributed over 14,000 social media and Gmail accounts over the past 16 months. A group that has previously incited attacks on Western cities, encouraged supporters to raise money by stealing from ‘the Disbelievers’, citing scripture to justify it as a form of ‘war booty’.

Daesh calls to obey the leader

An editorial in al-Naba, released on the 1 June, highlighted the importance of obeying leaders. It reminded followers of the dangers of division, which weakens a group or nation and cited Moses and the Prophet Muhammad’s leadership as examples. It also stated that it was the absence of a caliph for a long period that resulted in Muslims losing their status and, according to Daesh, failing to follow the teachings of Islam.

Another article in the same issue discusses the Egyptian Sinai/Gaza security zone.

On 29 May, Belgian media reported that a 31-year-old gunman, Benjamin Herman carried out an attack in Liege, killing two police officers and a 22-year-old man. One day later Amaq claimed responsibility for the attack saying the attacker was a member of Daesh. The following day, in a report in al-Naba, Daesh claimed the attacker converted to Islam while in prison and wrongly stated that he killed five people.

Humanitarian funding for Iraq through OCHA