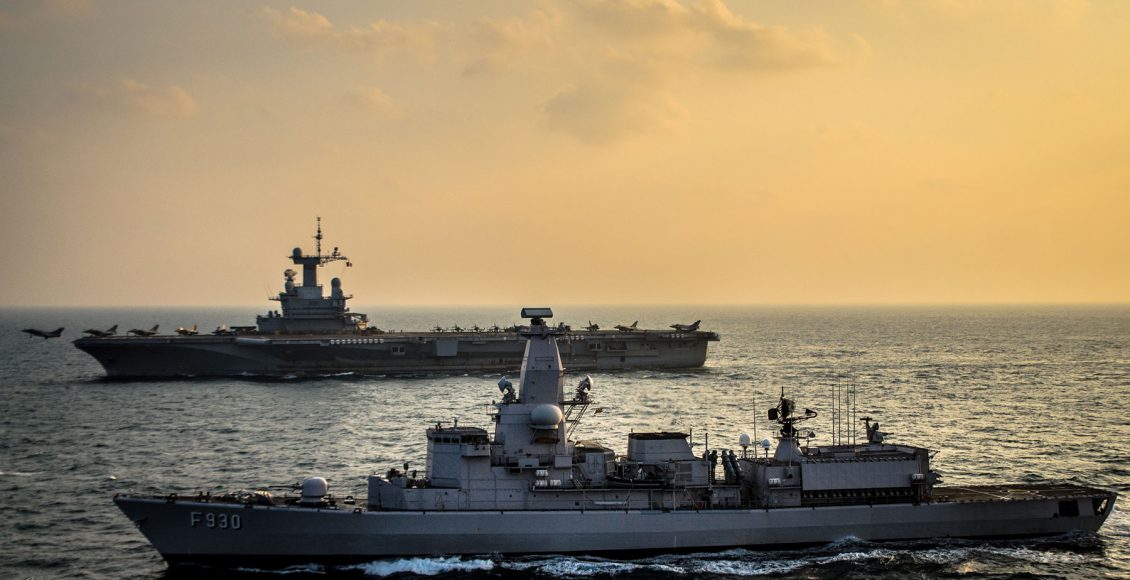 Alongside the French frigates La Motte-Picquet, Chevalier Paul and Provence, the German frigate Augsburg and the British destroyer HMS Defender, the Belgian frigate was one of the escorts for the Charles de Gaulle aircraft carrier. The Leopold I, with its multi-mission capability, provided aerial and anti-submarine protection, demonstrating full interoperability within the group.

Having clocked up over 13,000 nautical miles since departing from Toulon, Rear Admiral Crignola thanked the crew and the captain of Leopold I during its anchorage in Bahrain. As part of a ceremony, the sailors of the Belgian Navy were awarded the French Overseas Medal with the Middle East campaign clasp for their participation in this deployment and their outstanding performance.

During the ceremony, the commander of the carrier battle group (CVBG) stated that the crew of the Leopold I had been a key part of the mission, giving constant protection to the Charles de Gaulle aircraft carrier and earning the respect of their peers on account of their professionalism and high level of expertise. “Thanks to the multi-functionality of our Belgian frigate, we were able to support the CVBG in each area of combat,” said frigate Commanding Officer, Captain Luc De Maesschalck. “We are reaping the rewards of this new and enriching experience thanks to this exceptional operation.”

This was not the first time that the frigate demonstrated its versatility. Before departing for the Mediterranean, it had been due to head to the Caribbean for an anti-drugs operation, but this was cancelled due to the frigate’s involvement in the EUNAVFOR MED mission. Then the call came for it to join the escort group for the Charles de Gaulle aircraft carrier. Dynamic versatility and multi-functionality are inherent in our Naval Component.

What are the objectives of France and its partners within the Global Coalition against Daesh?

The desert sweetening life after Daesh