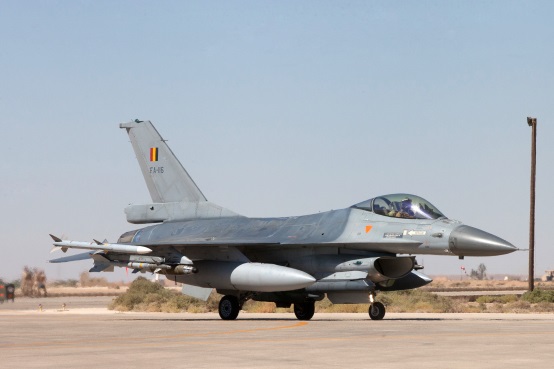 To emphasize our continued solidarity with the international coalition in its fight against Daesh, the Belgian Inner Cabinet approved on May 13, 2016 the renewed deployment of F-16 fighter planes. Additionally, the area of operations has been extended to include not only the Iraqi, but also the Syrian airspace. As a result, Belgian F-16 fighters are now also carrying out attacks against the so called Islamic State in Syria.

The successes of Operation Inherent Resolve (OIR), have forced Daesh to retreat from major cities as Tikrit (April 2015), Ramadi (February 2016) and Fallujah (May 2016). Since the beginning of OIR, the terrorist organisation has lost approximately 45% of the territory it once held in Iraq and 20% in Syria. OIR has thus reached the second phase of its 3-fased campaign (Degrade, Dismantle, and Defeat). Daesh may be degraded as a conventional military force, but it still remains able to conduct offensive actions. Therefore OIR is now gradually dismantling Daesh installations.

So far, our pilots have flown sorties on a daily basis with the upmost professionalism. They provide close air support to Iraqi ground troops and Kurdish Peshmerga forces, they perform reconnaissance flights which are crucial in gathering important information, they provide air interdiction to reduce or destroy Daesh’s potential and they can henceforth also strike installations in Syria. A Belgian Red Card Holder (RCH) analyses the legal aspects of each mission before it is executed. Avoiding collateral damage as much as possible plays an important role in this analysis. 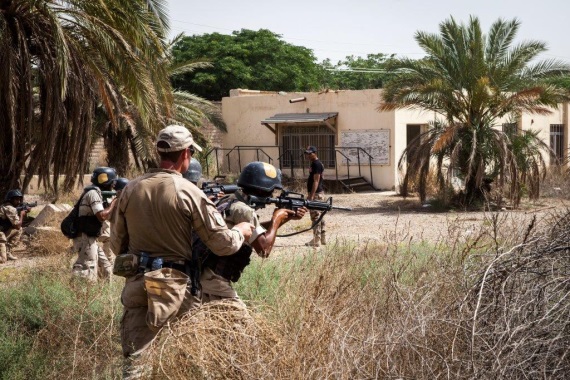 Apart from the deployment of F-16 fighter jets, Belgian advisors are still participating in the Coalition’s efforts by training Iraqi soldiers of the CTS (counter terrorist service) in Baghdad. Furthermore, Belgium supported the Peshmerga by providing medical supplies and by providing training in a German training camp.

The Yazidi community deserves justice for the crimes committed by Daesh

WFP’s humanitarian fund to Iraq in 2019