Australia’s contribution towards the Global Coalition against Daesh

Australia joined the Coalition in 2014 and actively contributes to all four working groups of the Coalition which include, Counter-Messaging, Foreign Terrorist Fighters, Stabilisation and Counter-Financing. They have provided humanitarian and military assistance to the Coalition. 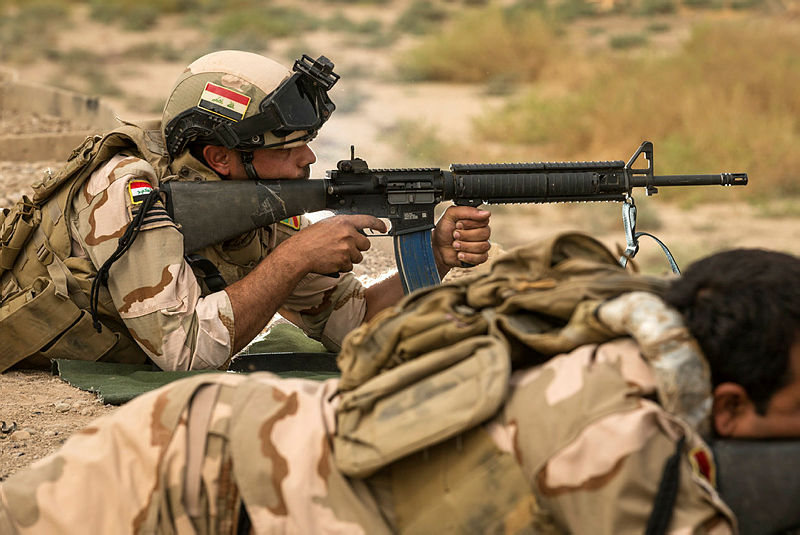 Key projects in Iraq and Syria:

Australia has been a strong supporter of the Global Coalition’s operations since its inception in 2014. Australia has contributed air assets to the Coalition’s air campaign and has been actively building the capacity of the Iraqi Security Forces. The joint Australia-New Zealand training unit, Task Group Taji, has so far trained more than 38,000 Iraqi Army and police personnel. The training includes the complexities of combat first aid, combat leadership and explosive ordnance disposal, as well as training in the fundamentals such as marksmanship.

Australia is supporting the Coalition’s air campaign through its surveillance and air-to-air refuelling aircraft. These aircraft are assisting the Coalition’s effort to restrict Daesh’s ability to operate openly, and provide Iraqi Security Forces with an unmatched battlefield advantage. Australia withdrew its strike aircraft in January 2018 after they had flown more than 21,400 mission hours and nearly 2,800 sorties over three years.

Australia expects to spend nearly $300 million on its support and combat operations in Iraq and Syria in 2018-2019. Australia is committed to supporting Iraq’s stabilisation. In addition to our training of the Iraqi Security Forces, Australia has provided and committed $613 million to humanitarian and stabilisation assistance in response to the Iraq and Syria crises since 2011.

Separately, Australia is also working closely with regional partners to counter the ongoing threat posed by the spread of Daesh’s extremist ideology, fighters and materiel into Southeast Asia. Australia is providing assistance to help the Philippine Government contain and degrade terrorist groups, mitigate radicalisation, and improve broader conditions for peace and stability. Concerted international support will be required for Philippine efforts to counter the terrorist threat in the southern Philippines.

Additional information about Australia’s contribution to the Coalition:

Australia withdrew its strike aircraft on 14 January 2018 due to a reduced need for these assets.