“They could not enjoy life on the outside.” Meet the doctor helping children traumatised by Daesh to see a positive future

Dr. Maysoon Hussein Hadidi is a doctor from Mosul. Her drive and ambition to help children with disabilities was already strong before Daesh occupied her home town. 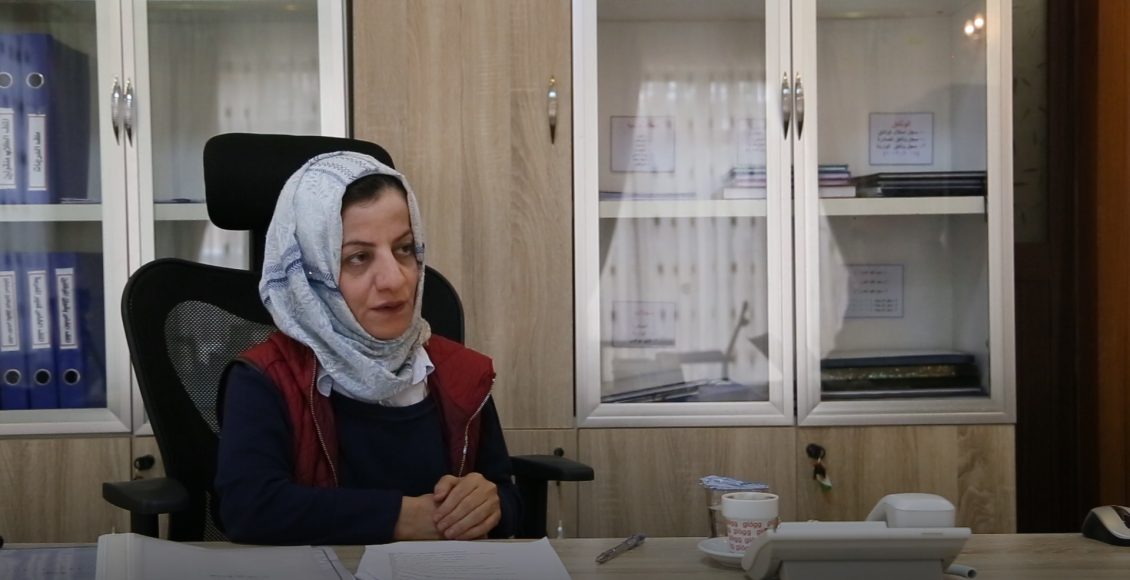 Dr. Maysoon Hussein Hadidi is a doctor from Mosul. Her drive and ambition to help children with disabilities was already strong before Daesh occupied her home town.

Due to a fall when she was young (and the complications which followed), she grew up with a disability herself.  As Iraq did not have the appropriate medical resources to treat her condition, her family had to take her to Dubai for treatment. This inspired her to provide home grown services to young Iraqis.

“It gave me incentive to think about society in the future, including those with special needs and disabilities,” she says.

She fulfilled her ambition of completing a medical degree and then focused on providing Iraqi children with the medical care they needed to overcome learning disabilities and behavioural issues.

In 2012, she established two treatment centres for children, in Erbil and Kirkuk, and was close to opening a centre in Mosul when Daesh overran the city in 2014. As well as frustrating her plan to open a centre there, Dr. Maysoon, who was in Erbil, was cut-off from her family who remained in Mosul.

“All ways of contact with our families were cut,” she says, describing the effects that Daesh’s occupation had on her. “Also, we suffered fear and terror daily. Thank God this nightmare is gone now.”

During the occupation, her centres in Erbil and Kirkuk accepted many children from displaced families who were traumatised by Daesh’s rule. After liberation, these types of cases continued.

“Especially in the circumstances following the liberation from Daesh, which are so difficult, children need these facilities to help cure them of diseases,” she says.

Once Mosul was free, Dr. Maysoon wanted to try to stave off the negative effects of Daesh’s occupation on the city’s children. In her centres, a major focus is on psychological support and healing children from the effects of the psychological oppression and vicious ideology that Daesh subjected them to.

“They remember how it was. They were children not living life properly,” says Dr. Maysoon. “They were locked inside. They could not enjoy life on the outside. They were denied this when Daesh was here. Now thank God following liberation they are more free and live like normal children.”

Among her staff are psychiatrists, therapists and speech experts who focus their energies wherever they are needed.

“We try to amend their thinking, teach them to be good and look to the future, and to see life as beautiful,” she says, “unlike the radical ideology of Daesh which promotes killing and destroying the minds of the children and their parents.”

Dr. Maysoon’s vision stems from a desire to build stability and peace in her community and she is dedicated to that vision.

“I consider my work in society to be humanitarian work,” she says. “I try to give hope to children so they can grow and progress, and I aim to fill children with hope and help them become active members of society who can contribute.”

That humanitarian motivation underpins her entire philosophy and propels her work beyond the centres into the wider community as well.

“I deliver a message to the community to work seriously towards peace,” she says of her contribution. “Peace is a beautiful thing to find around us and inside us.” Watch her full interview below:

Inspiring Women is a is a series showcasing the lives of ten incredible women detailing their experiences under Daesh and how they have empowered others since liberation. Follow the series on Twitter using #InspiringWomen, or view the playlist on YouTube.