The ‘Return to Mosul’ Art Exhibition in Beirut, Lebanon

Daesh terrorists toppling ancient statues and smashing them with sledgehammers – these were the harrowing images beamed to the world in 2015. 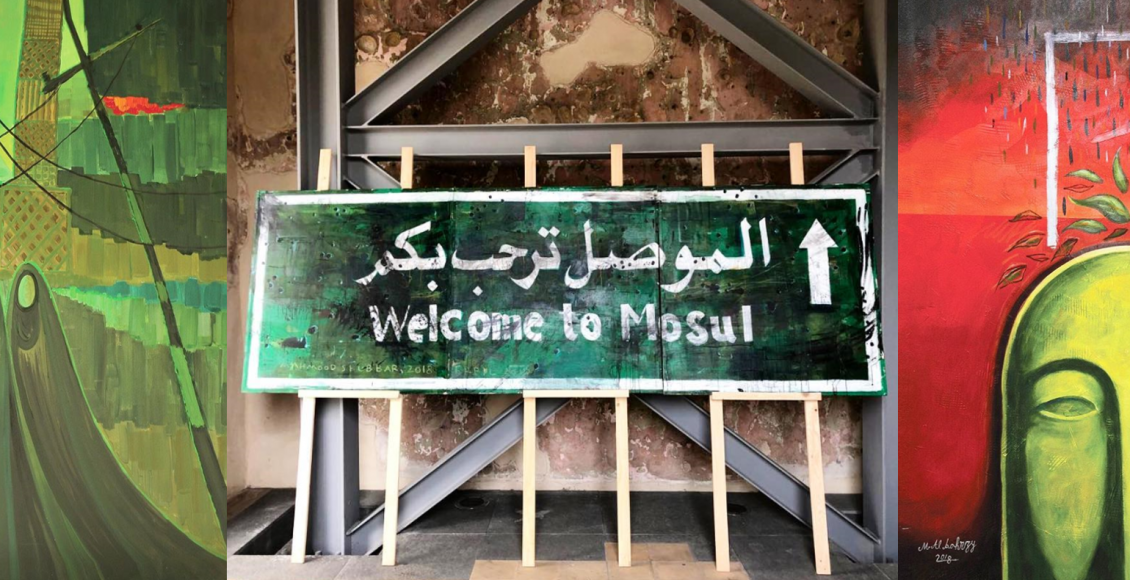 Daesh terrorists toppling ancient statues and smashing them with sledgehammers – these were the harrowing images beamed to the world in 2015.

Today Daesh themselves have been toppled, and the millions who lived under their occupation are beaming new images to the world; reconciliation and recovery, and a return to the cultural heritage and freedom of expression that Daesh sought to destroy.

The ‘Return to Mosul’ art exhibition showcases the work of 37 Iraqi and international artists. Many of the artists lived through Daesh rule, and their artwork reflects the horrors of Daesh rule but also the hope of recovery. Melding past and future, the exhibit includes 3D-printed representations of treasures that Daesh destroyed, including the Lion of Mosul, a colossal Assyrian guardian lion dating back to 860 BCE.

The exhibition, curated by the Al-Ghad radio station, was first displayed in Mosul in January 2019, with the intention of showcasing it around the world. This week it will be appearing in Beirut, Lebanon, a country with a shared history of resilience in recovering from conflict, and a large Iraqi refugee community.

The EU’s support for Iraq’s stabilisation