How to report Daesh’s terrorist propaganda 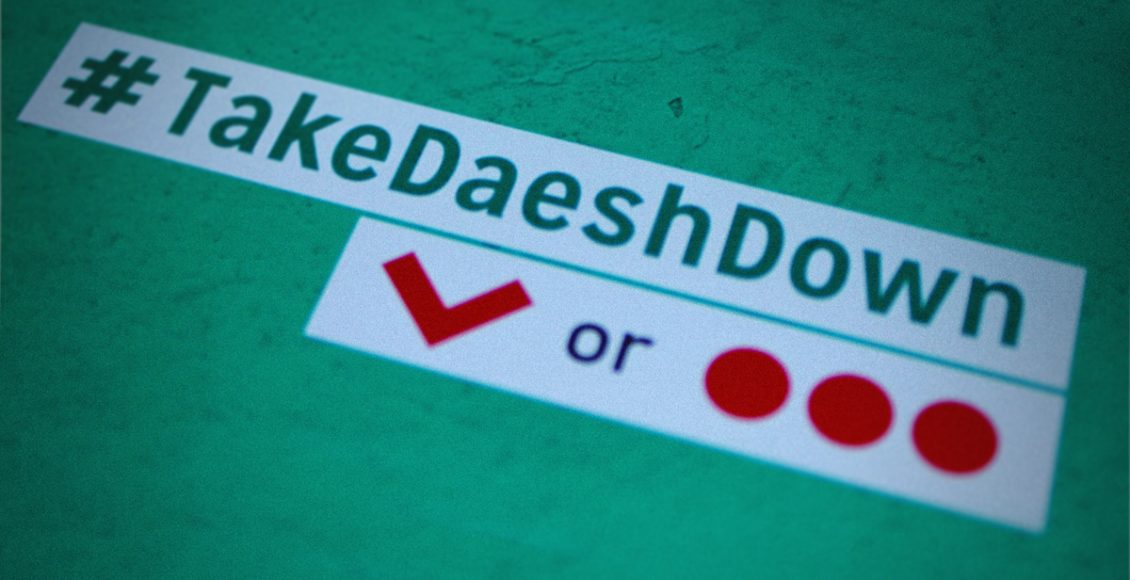 Your chance to make a difference

In 2017, the UK has taken down 2,000 pieces of Daesh propaganda a week. Daesh activity on Twitter has fallen 45% since 2014. These are positive steps, but social media could be a more hostile environment for them.

Anyone can be part of making this happen. If you see, or find, Daesh propaganda on social media channels you can quickly, easily and confidentially report it to that channel. They will be able to take it down and investigate the profiles that are sharing and distributing it.

Below are some simple graphics that show you how to report anything you see on YouTube, Twitter or Facebook. Your chance to make a difference in the fight against Daesh. Your chance to help #takedaeshdown.

For more than one billion people worldwide, Facebook is a great way for quickly sharing a thought, opinion, article or joke with their friends. For Daesh, it can be a powerful way of quickly disseminating hate through their existing networks and beyond. See below for how to report any Daesh content you find.

Twitter keeps you up to date with what is going on in the world. Daesh uses it to keep their supporters up to date with their latest atrocities and propaganda. See below for how to report any Daesh content you find.

Youtube is most people’s starting point if they want to find a video on a particular subject. It follows that it is an essential part of Daesh’s video distribution mechanisms.

Mobile apps in Syria to facilitate access to medical services

Drought and desertification… Maslawis struggle against climate change on World…