The Iraqi journalist determined to prove to the world that being an IDP – internally displaced person – is not a cause for shame. And she knows – because she’s an IDP herself.

Sara Al Adnani, from Mosul, is a journalist, activist and head of women’s affairs at an NGO that helps Internally Displaced People (IDPs) 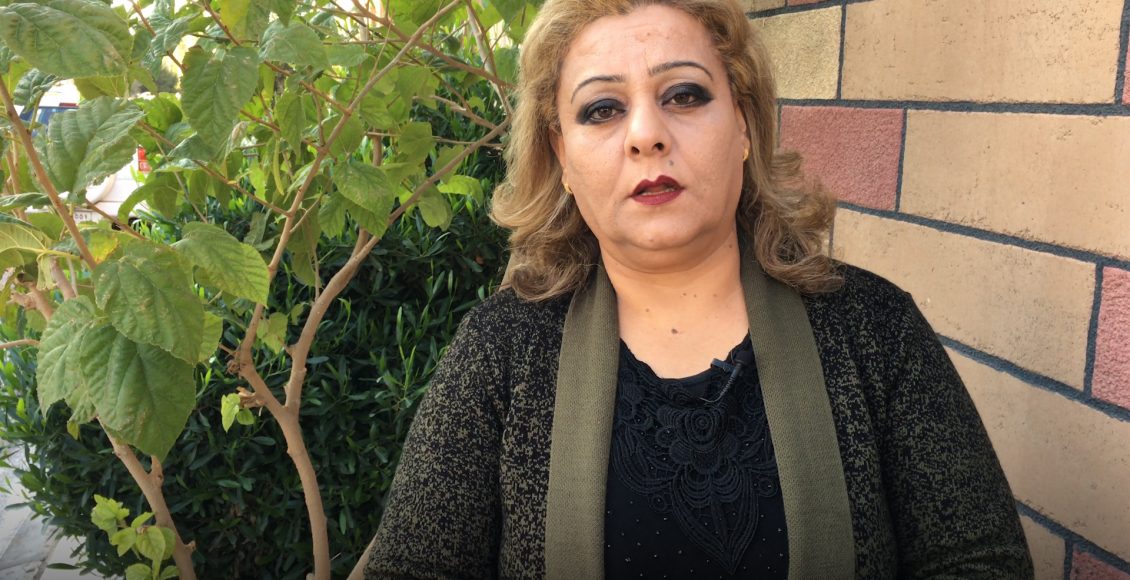 Sara Al Adnani, from Mosul, is a journalist, activist and head of women’s affairs at an NGO that helps Internally Displaced People (IDPs).

As a woman, a Christian and a widow, life for Sara under Daesh seemed impossible.

“I lost everything because of Daesh: I lost my house, my car, my money, and everything I worked towards for 25 years,” she said.

Sara was forced to flee Mosul and ended up as an IDP in the Kurdistan Region of Iraq. She is still there after her church was destroyed and her priest fled, effectively destroying her Christian community in the city she used to call home.

Her work with refugees in her new home has given her a sense of purpose.

One of Sara’s roles now is head of the organisation ‘Thamart Al-Ata for Development and Free Media’. Despite being displaced herself, Sara works tirelessly to better the position of other IDPs in Iraq.

“Since 2014 I have provided services to thousands of families and displaced people,” she says.

Sara carries out a regular awareness-raising sessions for both men and women to educate them on the plight of IDPs.

“I remained steadfast. I worked hard to be an inspiring example of a woman for my community,” she says. “I want to encourage Iraqi women to be like me or even better.”

Sara believes that her gift is “my patience with people. I always provide as much help as I can. When someone asks for my help, I do not hesitate to offer it.” Her gift is allowing her to better the lives of those who have suffered through war and Daesh oppression.

She also possesses an ability to get individuals to work together and to empathise with people from all walks of life.

“Today, the community’s view of displaced people is positive,” she says. “Displaced people from Salahuddin, Anbar and Nineveh have been welcomed in Erbil, Baghdad and other areas.”

This is no small achievement, given that Sara sees displacement in Iraq as a “country-wide crisis.”

She believes that repairing the divides created by Daesh — divides based on ethnic, religious and gender differences — is crucial in ensuring the terrorists never return.

“We can prevent extremist ideology from infiltrating into our community by increasing the unity among Iraqis and rejecting sectarianism,” she says. “If there was unity between all the people of Iraq, from different nationalities and religions, there would be peace.”

Inspiring Women is a series showcasing the lives of ten incredible women detailing their experiences under Daesh and how they have empowered others since liberation. Follow the series on Twitter using #InspiringWomen, or view the playlist on YouTube playlist.

Together For Iraq Campaign

Our work is not done