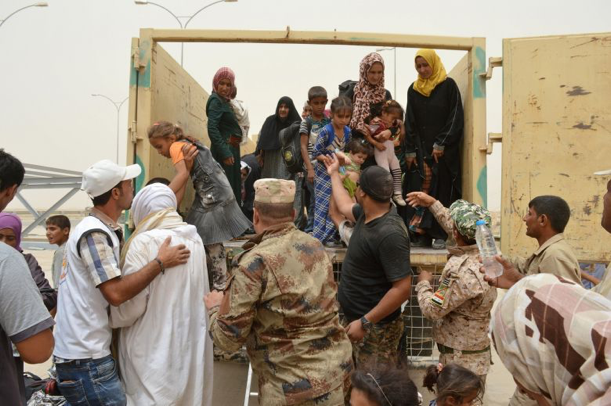 Both Saleh al-Din and Anbar provinces have witnessed over 300,000 returnees each, with 74,000 families registered by the Ministry of Migration and Displaced in Anbar alone (by October 17th.)

In Tikrit, the university has been functioning since the spring, with over 20,000 students attending courses. In the city, which has benefitted from Iraqi government reconstruction funding, the UN Office for the Coordination of Humanitarian Affairs (OCHA) has distributed over 200 “sealing off kits” which are used by IDPs who have re-settled in buildings awaiting repair. In the rest of the province, the Iraqi government has distributed $485,000 to 375 displaced families, in addition to 10,000 aid packs in early October, including 5,000 blankets and clothing packs.

Supporting this effort, Iraqi demining teams from military engineering units and the private sector have cleared over 582,000 square meters in Iraq, helping secure homes and vital infrastructure including Anbar University in Ramadi, allowing for hundreds of thousands of civilians to return. This has been assisted with international funds and training, while other nations have helped IDPs in other ways.

Reports from Syria – Life under Daesh

How the UK is supporting Iraq’s education system