Over 656,000 people have returned home to areas liberated from the terrorist group Daesh as Global Coalition countries provide more than $120 million USD to make areas safe to return home to. 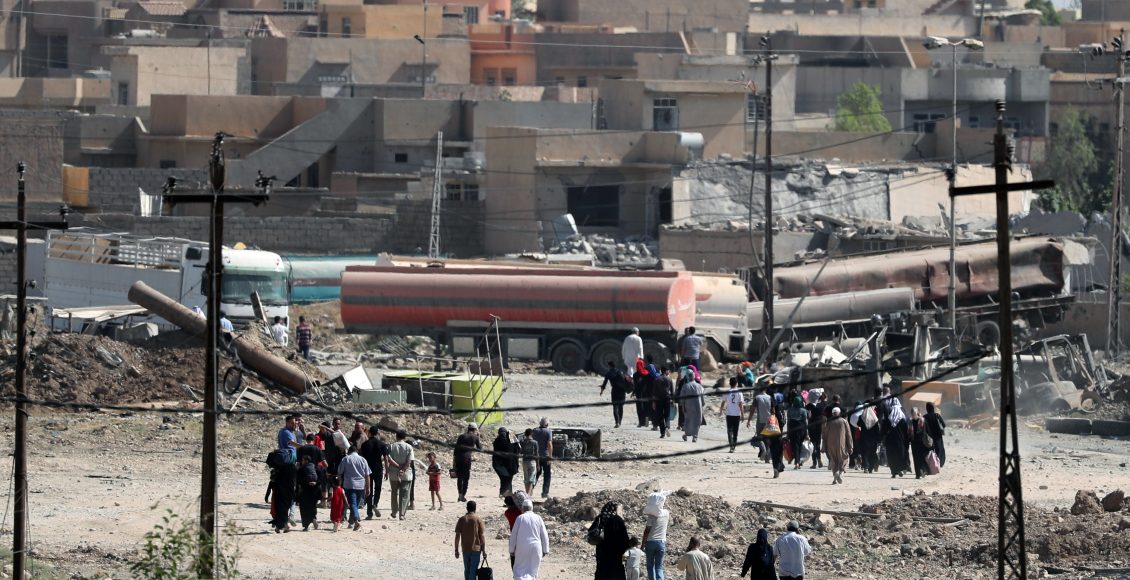 Displaced Iraqis return to western Mosul's al-Rifai neighbourhood on May 31, 2017 after it was retaken by government forces during their ongoing battle against Islamic State (IS) group fighters. (Photo by KARIM SAHIB / AFP)

Over 35% of territory once occupied by Daesh has now been liberated by the Government of Iraq in partnership with the 66-member Global Coalition.

In just the last few weeks the towns of Rutba and Al-Baghdadi have been liberated, as well as the Haditha-Hit road which broke the siege of Haditha which has been in place since 2014, and Trebil, which is on the border between Iraq and Jordan, which will shortly re-open so that Iraqi refugees can return home and trade can resume.

The Government of Iraq has developed plans to stabilise areas which have been liberated from Daesh by providing the governance, services and security necessary to facilitate the return of Iraqis to these areas. The Global Coalition is supporting the Government of Iraq to do this, including by working through the United Nations Development Programme’s (UNDP) fund for stabilisation in Iraq.

“Helping communities return home to areas liberated from Daesh occupation is one of our highest priorities. The UN and its partners the Government of Iraq and the Global Coalition are working hard to ensure that once areas are liberated, rapid steps are taken so that Iraqis can return and rebuild their lives.  The safe return of over 650,000 Iraqis sends a powerful signal that life is returning to normal and is testament to the efforts of the UN and Global Coalition countries.”

In just the city of Tikrit, Coalition and partner efforts have allowed:

·         100 businesses, including bakeries, grocers and repair stores to open and start trading,

·         Survivors amongst refugee and IDP populations to receive legal aid services, and

As more territory is liberated and more communities return, the Global Coalition will continue to help stabilise areas so that families can come home, secure jobs and switch on services and so that their lives can resume.

Albania is a strong supporter of the Global Coalition to counter Daesh and is committed to contributing to global efforts in the fight against terrorism.

In Focus, Iraqi Diversity and Coexistence