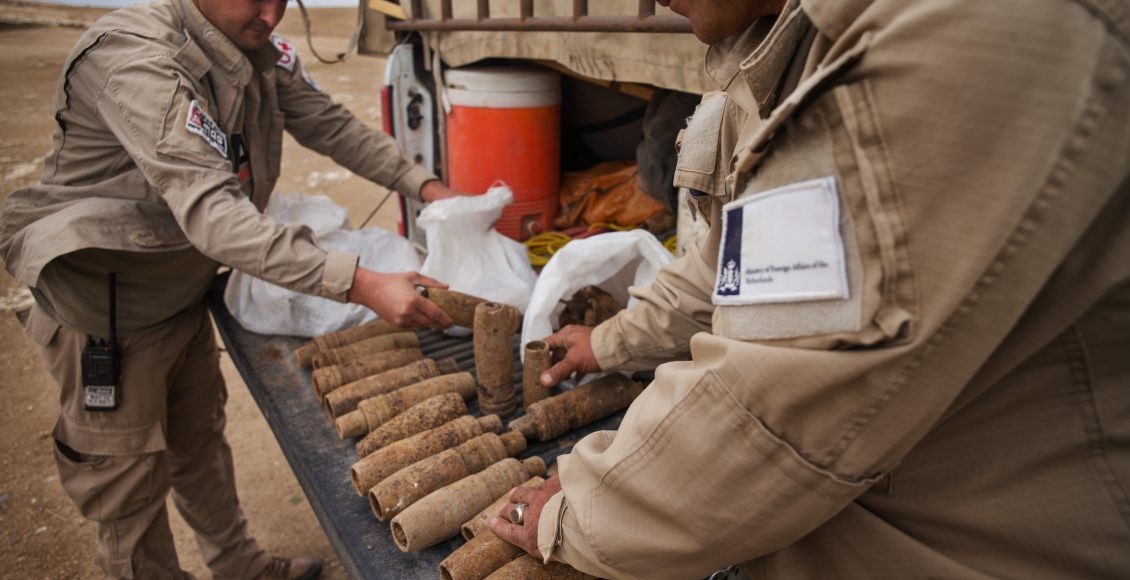 This was announced by foreign minister Bert Koenders at an international meeting in Paris, on the 20th October 2016. Participants, including Iraq and other countries involved in the anti-ISIS coalition, discussed a plan for the future of Mosul once ISIS has been expelled. This current amount is in addition to the €10 million that the Netherlands is already contributing to de‑mining activities in Iraq starting this year.

‘Recently liberated areas are generally littered with explosives. By de-mining these locations, displaced residents can return home safely and resume their lives. The focus can then shift to repairing roads, bridges and public utilities,’ said Mr Koenders. The minister added that Mosul needs to be stabilised as soon as possible, to serve as a bulwark of resistance against ISIS’s activities in the neighbouring region.

In Paris the minister emphasised the importance of learning from our experiences with cities that have already been liberated, such as Tikrit, Ramadi and Fallujah, and incorporating lessons learned into the strategy for the future of Mosul. Mr Koenders also stressed that the multi-ethnic character of the city must be preserved. A process of local reconciliation must begin, and everyone must feel that the new city government represents them. ‘All regional players have a responsibility to make this happen,’ said the minister.

Slovenian Contribution to the Global Coalition

Joint Statement by the Small Group of the Global Coalition

A glimpses of hope from Raqqa