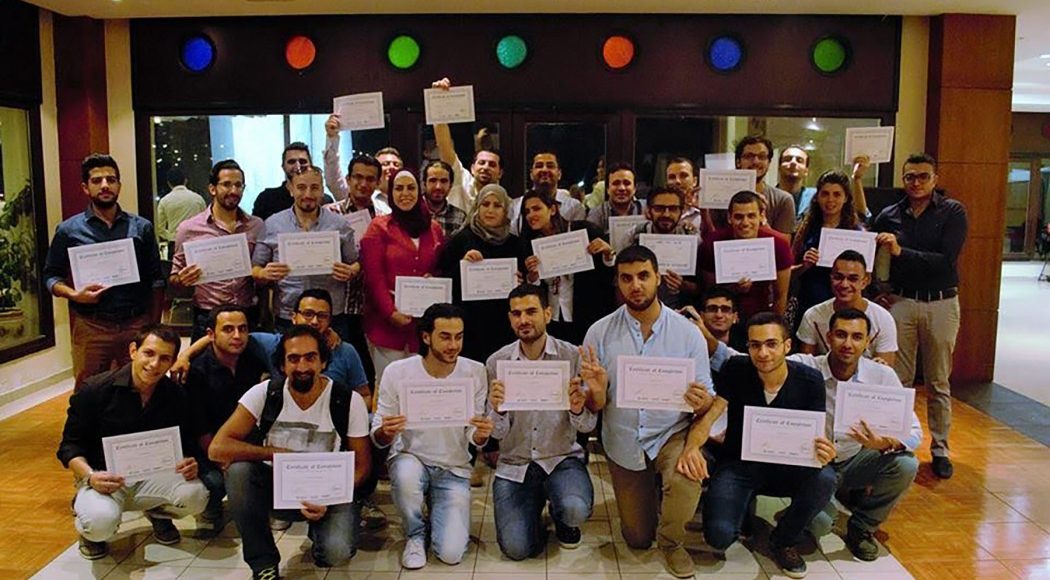 Over 4 million refugees have fled Syria with an estimated 400,000 of them being aged between 18-24 and only 5% of them have access to higher education. Frustrated by the lack of future prospects in the region, many decide to take the risk and leave for Europe. Syrian asylum applications in the EU rose from 287,822 to 813,599 between May and November 2015, and the numbers continue to rise.

In order to prevent these young people from becoming a lost generation and a brain drain in future Syria, SPARK and the Netherlands aim to enroll 10,000 Syrians in higher education. They will be provided with the skills necessary to reconstruct Syria in the long-term, and to repay their host communities in the short term. In the region, 18 higher education institutions in Turkey, Syria, Iraq, Lebanon and Jordan currently offer programs to Syrian students at greatly reduced tuition fees. Several have also changed their curriculum to Arabic, to meet the needs of the students.

One former student whose achievements stand out is Aws Orabi. Like many other Syrians, Aws found himself displaced in Turkey due to the conflict in Syria, where he became one of 46 Syrians to enroll onto the Conflict Sensitive Project Cycle Management course (CS PCM). SPARK developed this 10 week vocational training program, in collaboration with Gaziantep University, to increase the number of skilled Syrian practitioners capable of responding to the emergency reconstruction, development, and recovery needs of Syria’s devastated economic sectors.

The implementation of one of Aws’ projects will begin in March in Ghouta, an area near Damascus that has been besieged for several years, resulting in residents facing severe food shortages. His project aims to tackle this by constructing fresh fruit and vegetable gardens for residents. Over 800 households are forecast to benefit from the initiative.

Together For Iraq Campaign

“We Care” work to improve Mosul