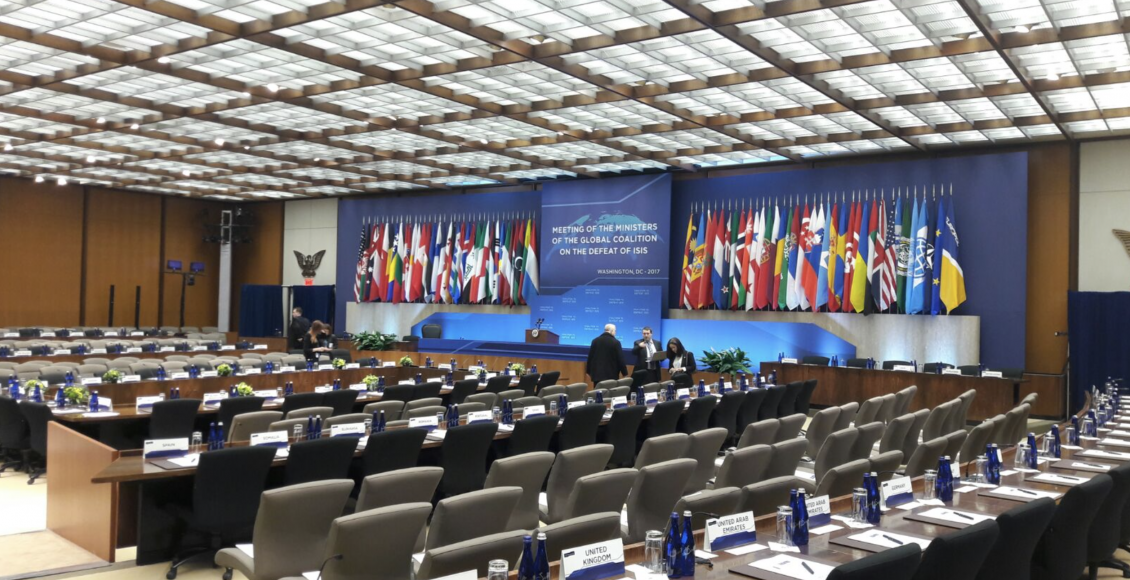 “The Global Coalition is firmly united in its efforts to defeat Daesh, having mobilised a truly global alliance of 68 partners.

“We are at a crucial stage of the fight. Daesh is on the back foot with Iraqi forces continuing to push forward in their mission to liberate Mosul. The Global Coalition continues to support Iraqi forces and to work in close coordination with Iraq’s local and national authorities to ensure that liberated areas are stabilised, to prevent Daesh’s return.

“But the fight is not over yet. This Ministerial meeting is an opportunity for the Global Coalition to keep up the momentum to defeat Daesh both in Iraq and Syria and in its networks around the world.”

The Washington Ministerial was attended by all 68 Coalition members. They discussed priorities for the Coalition’s multiple lines of effort, including military, foreign terrorist fighters, counter terrorist financing, counter-messaging, and stabilisation of liberated areas.

The Coalition’s 68 members are committed to defeating Daesh on all fronts, to dismantling its networks and countering its global ambitions. Beyond the military campaign in Iraq and Syria, the Coalition is committed to: defeating Daesh’s financing and economic infrastructure; preventing the flow of foreign terrorist fighters across borders; supporting stabilisation and the restoration of essential public services to areas liberated from Daesh; and exposing Daesh’s delusional narrative including its claims to statehood, military success and the group’s false religious narrative.