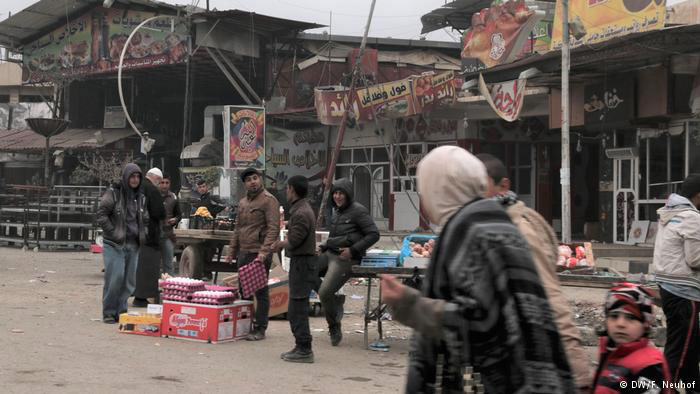 The Iraqi military launched its campaign to end IS reign in Mosul on October 17, and the first troops entered the city on the east bank of the Tigris early in November. Since then, the front line has rolled through the eastern half of Mosul, exposing its inhabitants to the fighting while pushing back the insurgents. Since the start of the year, reinforcements and new tactics have quickened the pace of the offensive, and a string of neighborhoods have been liberated in quick succession.

Among them is Zuhour, where the street market sprang to life within days of the liberation. As the government and international aid agencies have failed to deliver sufficient supplies to the city, food, fuel and other goods are brought in and sold by merchants. A supply chain leading from the nearby Kurdish region right into the heart of the city was swiftly created, reconnecting Mosul with the world outside IS influence after over two years.

How has Australia contributed to the Coalition’s mission?