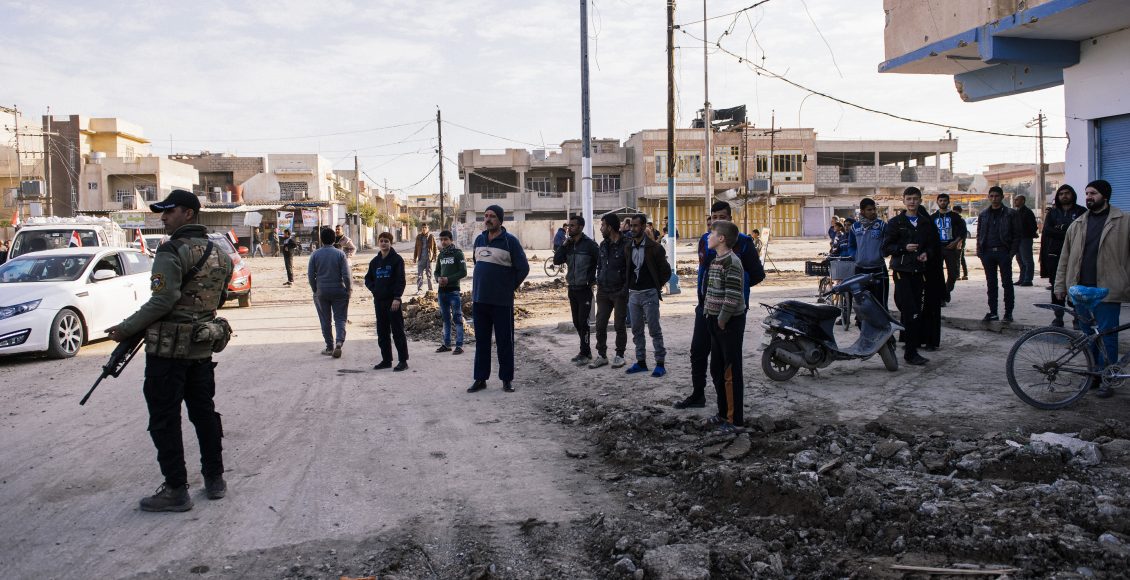 A member of the Iraqi special forces Counter Terrorism Service (CTS) patrols Mosul's Al-Zahraa neighbourhood on January 7, 2017 during an ongoing military operation against the Islamic State (IS) group. - Iraqi forces battling the Islamic State group in Mosul are approaching the Tigris River, which runs through the centre of the city, the spokesman for the Counter-Terrorism Service said. (Photo by Dimitar DILKOFF / AFP)

Special forces Maj. Gen. Haider Fadhil said the residents of Tob Zawa and other nearby villages were taken to a camp in the nearby Khazer region for their safety. The International Organization for Migration said at least 8,940 people had been displaced since the operation to retake Mosul began on Oct. 17.

Over 3,300 displaced Iraqis sought help from the government on the ninth day of its offensive to retake Mosul, the AFP news agency reported on Wednesday, which was the highest number of any day so far.