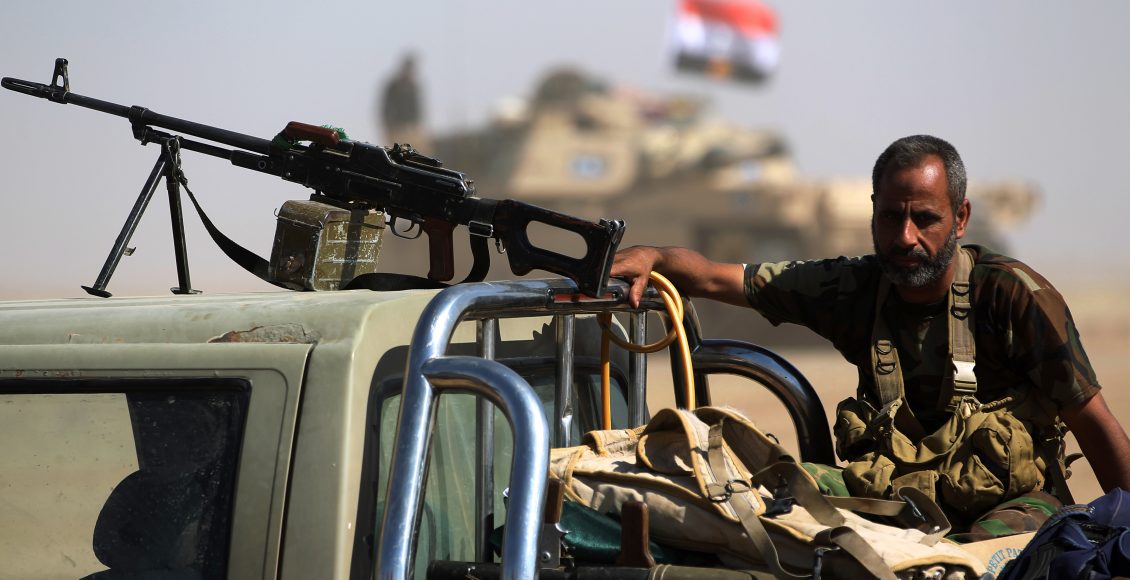 Iraqi forces and fighters from the Hashed al-Shaabi (Popular Mobilisation units) advance towards the Islamic State (IS) group's stronghold of Hawija on October 1, 2017 in their ongoing battle to recapture the town from the jihadists. - Iraqi forces on September 29 launched an assault on the northern town of Hawija, one of the last bastions in the country still held by the Islamic State group, which is also under attack in neighbouring Syria. (Photo by AHMAD AL-RUBAYE / AFP)

Daesh seized control of the city in early 2014. Hawijah became isolated from the rest of Daesh territory in July 2016 during the battle of Mosul, when Al-Shirqat was captured by Iraqi troops.

“The liberation of Hawijah will be yet another major achievement in the ISF’s relentless drive to liberate civilians trapped by Daesh,” said Maj. Gen. Felix Gedney, Deputy Commander for Strategy and Support.

Following rapid successes against Daesh in and around Tal Afar, Akashat, Haditha and Rayhanna, ISF began its offensive into the Middle Euphrates River Valley, which stands as one of two remaining pockets of Daesh fighters remaining in Iraq along with western Anbar province.

“The rapid, recent success of the Iraqi Security Forces points to the ISF’s momentum in the campaign to destroy Daesh in Iraq,” said Coalition spokesman Col. Ryan Dillon. “Daesh has never been capable of providing effective governance or services that benefited the people under its rule. Its defeat in Iraq further demonstrates Daesh is an organization in decline, whose leaders are no longer capable of effective military command and control.”

“Recent Daesh attacks on civilian targets signal a shift in tactics from an organization unable to contend on the battlefield. The Coalition will continue to stand shoulder-to-shoulder with the ISF in their fight against a brutal and backward organization and its ideology,” said Dillon.