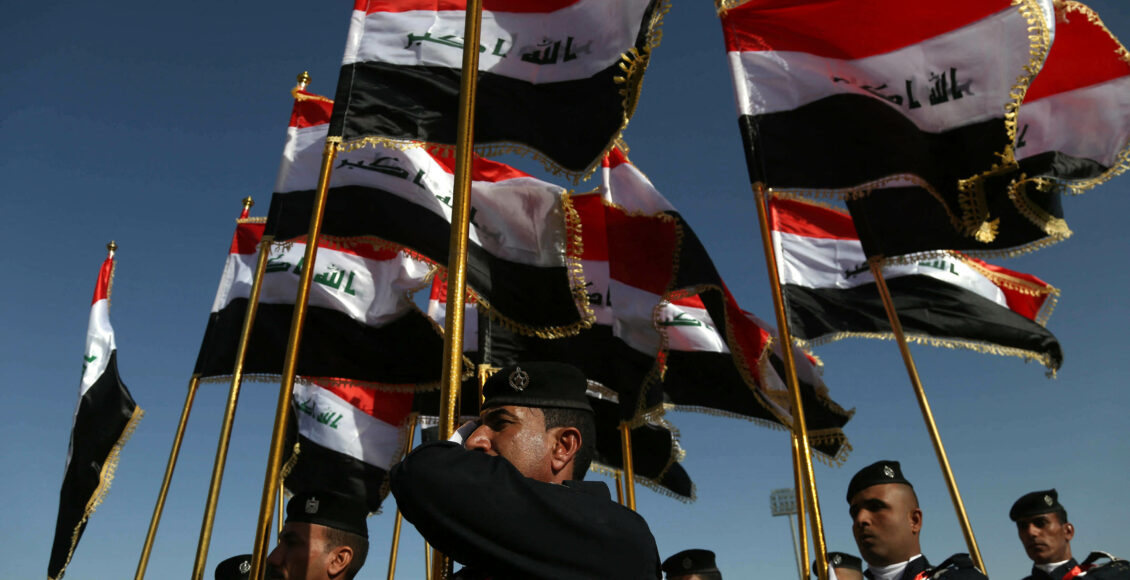 Members of the Iraqi security forces march during an event to mark Police Day, in the central city of Karbala, on January 9, 2019. (Photo by Mohammed SAWAF / AFP)

Iraqis have experienced far too much war, terrorism and violence. Like everyone else, the Iraqi people crave a safe and secure country where normal events such as football matches, concerts and elections can take place in peace. The Iraqi Security Forces (ISF) are a pivotal element in restoring this normality – and have recently unveiled a plan which ensures the safety of voters ahead of elections in October. Why is the military such a key part of the country’s future?

After defeating Daesh territorially in 2017, the ISF and Government of Iraq focused on maintaining internal security as well as trying to neutralise the threat posed by any remnants of Daesh; a challenging task due to the existence of armed militias and sleeper cells.

Thanks to the fighting prowess of the ISF and intelligence and airpower support provided by Global Coalition partners, Daesh is no longer able to launch complex attacks or hold any territory. Instead they are forced to rely on sporadic guerrilla ‘hit and run’ tactics in their effort to intimidate communities and to undermine the Iraqi government. “Some of Daesh’s gangs disguise themselves as civilians, for example as shepherds, and use this to attack others, but we have a strong database of intelligence, and the capabilities to manage the situation,” explained Tahseen Al-Khafaji, spokesperson for Iraq’s Joint Operations Command.

Daesh’s recent spate of attacks on electricity infrastructure demonstrates how the terrorists are prepared to harm the Sunni communities who resoundingly rejected Daesh – and also serves as a reminder that Daesh’s default mode of operation has always been arbitrary violence against civilians.

In tackling small cells of Daesh terrorists, the ISF have adopted new tactics in this ‘war of intelligence’, in which they work closely with the Iraqi people so that citizens can report suspected individuals or activities in their communities. “After liberation, the security apparatus became closer to citizens and civilians feel safer with our presence,” said Yehia Rasool, Spokesperson for the Iraqi Commander-in-​chief. This partnership with the Iraqi people seems to be working: since liberation, the ISF have arrested hundreds of Daesh terrorists, located and dismantled many IEDs, exposed Daesh’s hideouts and prevented many terrorist operations.

After liberation, maintaining security has required a joint effort and continuous coordination between various Iraqi entities, including politicians, civilians and the security forces, along with close collaboration with the Combined Joint Task Force – Operation Inherent Resolve (CJTF-OIR).

For many years, Daesh terrorist cells exploited the remote areas of the Hamrin and Makhmour Mountains, the vast deserts in Anbar, Diyala and Kirkuk, as well as the security vacuum in areas between the Kurdistan Regional Government and Iraqi Federal Government. The terrorists enjoyed relative freedom of movement. However, the Iraqi Army and the Peshmerga (Kurdistan Regional Guards) recently agreed to fill this security gap and establish joint security coordination centres in Diyala, Kirkuk and Nineveh. This may end Daesh’s ability to operate in these areas – as their clandestine supply routes will be cut.

To help achieve the eradication of Daesh in the region, the Peshmerga recently received weapons and equipment valued at more than $3 million from the United States. The Global Coalition donated weapons and ammunition, also valued at $3 million to the ISF to support their joint mission and destroy the remnants of Daesh. OIR Spokesman Col. Wayne Marotto said the Coalition will continue to support Iraqi forces with air power, intelligence, surveillance and logistical supplies. According to Al-Khafaji, the Joint Operations Command is also working with both the Kurdish-led Syrian Democratic Forces (SDF) in north-east Syria, and the Coalition, to monitor the Iraqi-Syrian border and prevent Daesh terrorists from smuggling fighters and weapons into Iraq.

As part of this enhanced security effort, Iraq’s Ministry of Interior coordinates closely with the Baghdad Operations Command. This has clear benefits, according to Major General Saad Maan, Director of the Department of Media at the Ministry of Interior: “Field visits and follow-ups by the Minister, as well as direct support from the Prime Minister, ensures that, even when an attack takes place, we have been able to capture the perpetrators within 72 hours.”

In the more than six years since the Government of Iraq invited the Coalition to help combat Daesh, the Coalition has continued to respond to Iraqi needs: its partnership with the ISF has evolved to provide operational-level mentoring and advice, mainly through the Joint Operations Centre. “Through this organisation we help the Iraqis plan, execute and exploit operations across the country,” says Major General and former Deputy Commander Kevin Copsey. Continuous international support is also demonstrated in the expansion of NATO’s non-combat advisory and training mission in Iraq, which also sees the ISF and the Government of Iraq leading in hunting down and destroying the remnants of Daesh, while also having the capability to meet the full range of security challenges facing Iraq today.

And while the fight against Daesh has not yet ended, today’s joint approach to security should ensure the organisation will never again threaten Iraq like it previously did.

United for a Safer Future