The Coalition welcomes the commencement of the Iraqi Security Forces’ offensive to liberate Al Qaim district from Daesh Oct. 26. 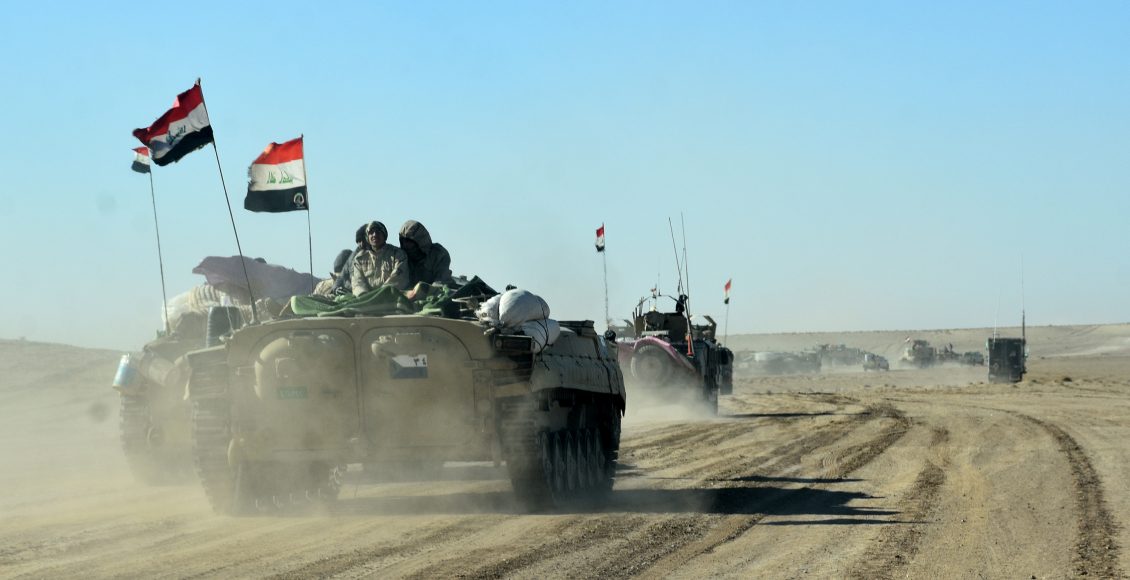 Members of the Iraqi forces and the Hashed al-Shaabi (Popular Mobilisation units) ride on infanty-fighting vehicles (IFV) near the Iraqi-Syrian border, about 80 kilometres (about 50 miles) west of the border town of al-Qaim on December 9, 2017. (Photo by STRINGER / AFP)

Al Qaim is Daesh’s final stronghold in Iraq and approximately 1,500 Daesh fighters are estimated to remain in the immediate vicinity.

The Iraqi Security Forces are battle-hardened after their victories in Mosul, Tal Afar and Hawijah. The ISF is a determined, professional force dedicated to ridding Iraq of Daesh.

The Coalition provides the ISF with training, equipment, advice, assistance, intelligence and precise air support. The Coalition will continue to support the Government of Iraq as we recognize together the importance of a unified Iraq to the long-term security and prosperity of the Iraqi people.

Rigorous Coalition standards and extraordinary measures in the targeting process seek to protect non-combatants, in accordance with the Law of Armed Conflict and the principles of military necessity, humanity, proportionality and distinction.

Al Qaim sits in the Middle Euphrates River Valley on the Syrian border, where it connects with the Syrian town of Abu Kamal. Prior to Daesh’s control of the city, Al Qaim District’s population was around 150,000. We anticipate a significant return of residents to the district upon Iraq’s liberation of Al Qaim.

The Government of Iraq and the ISF, with the support of the Global Coalition, have liberated more than 4.4 million Iraqis and reclaimed over 47,769 square kilometers, approximately 95% of land once held by Daesh. Much work remains to consolidate gains as operations continue to destroy Daesh’s remaining capabilities.