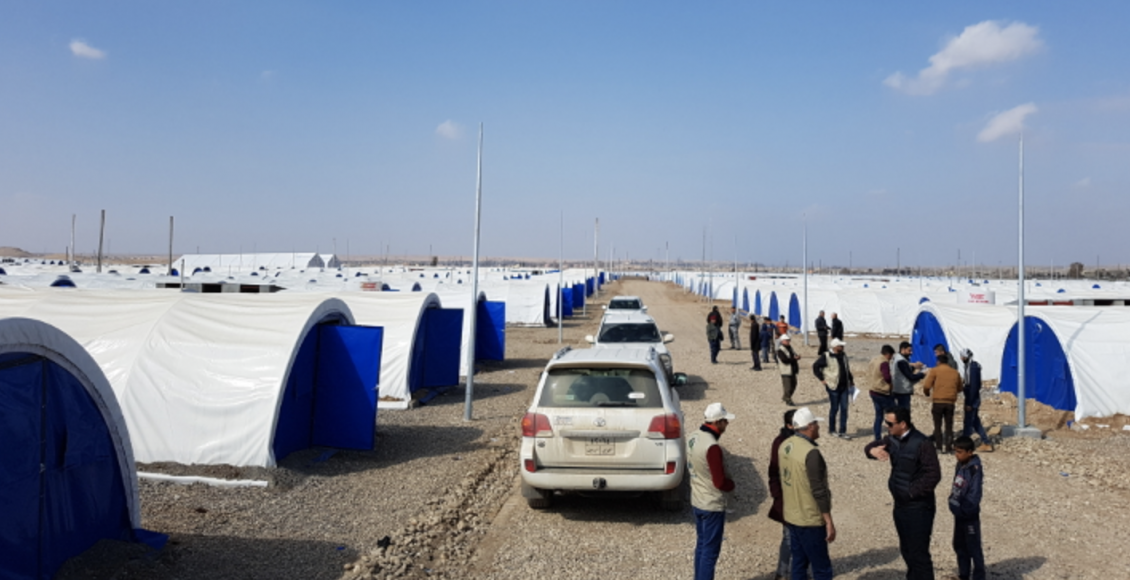 Germany is one of the largest donors of aid to the people in need in Iraq. In 2016 alone, the Federal Foreign Office invested more than 119 million euros in humanitarian aid projects. The main focuses of Germany’s engagement are the provision of drinking water and mine clearance
In total, almost a third of the Iraqi population – eleven million people – require humanitarian aid, including more than three million internally displaced persons. Half of those in need in the country are children and young people, two million of whom have not been able to attend school for some years. Since October 2016, Iraqi security forces in Mosul have been fighting against the terrorist organisation Islamic State (IS). The goal is the complete liberation of the city and its residents from the terrorists. However, the ongoing fighting in the region around Mosul is making it difficult to reach those in need.

Flanking the liberation of Mosul with humanitarian support

To date more than 220,000 people have fled from the fighting to neighbouring regions and cities. A large number of the refugees have been accommodated in holding camps, while nearly 400,000 people are receiving emergency humanitarian assistance in Mosul itself. However, one million people are currently cut off from assistance due to the security situation in the region. In view of this state of affairs, the need for humanitarian assistance is great. As early as July 2016, the United Nations issued an appeal for help in order to be able to prepare for the measures that would be needed in the course of the liberation of Mosul. International donor pledges met 97 percent of these requirements – and Germany made an important contribution to this success.

Germany, one of the largest donors

Since 2014, Germany, as one of the largest donors of aid for displaced persons and refugees in Iraq, has provided more than €273m for humanitarian projects, more than €119m of this in 2016 alone. As the emergency humanitarian situation in central and north-western Iraq still exists, the Federal Government will continue its engagement in 2017. The Federal Foreign Office is cooperating with numerous partners in this area. These include the humanitarian organisations of the United Nations, the International Red Cross and Red Crescent Movement and German non-governmental organisations. The most urgent priorities are weatherproofing temporary accommodation for internally displaced persons, providing healthcare for those in need and supplying drinking water and waste water treatment.

Priorities: drinking water and mine clearance

A second focus of German assistance for the region is the removal of explosive agents of warfare – humanitarian mine clearance. With financial support from the Federal Foreign Office, the Mines Advisory Group (MAG) is clearing anti-personnel mines in northern Iraq. In the course of the project, which has been in place since March 2016, more than 2000 mines and explosive munitions remnants have been discovered and defused to date. Specially trained mine detection dogs have been deployed for this task. As a result, more than 1100 square kilometres have once again been made inhabitable for the local people. MAG is also cooperating with teachers and other local multipliers to raise public awareness of the dangers posed by mines.