Daesh leader’s death and a failed prison assault: why the terrorists are losing momentum 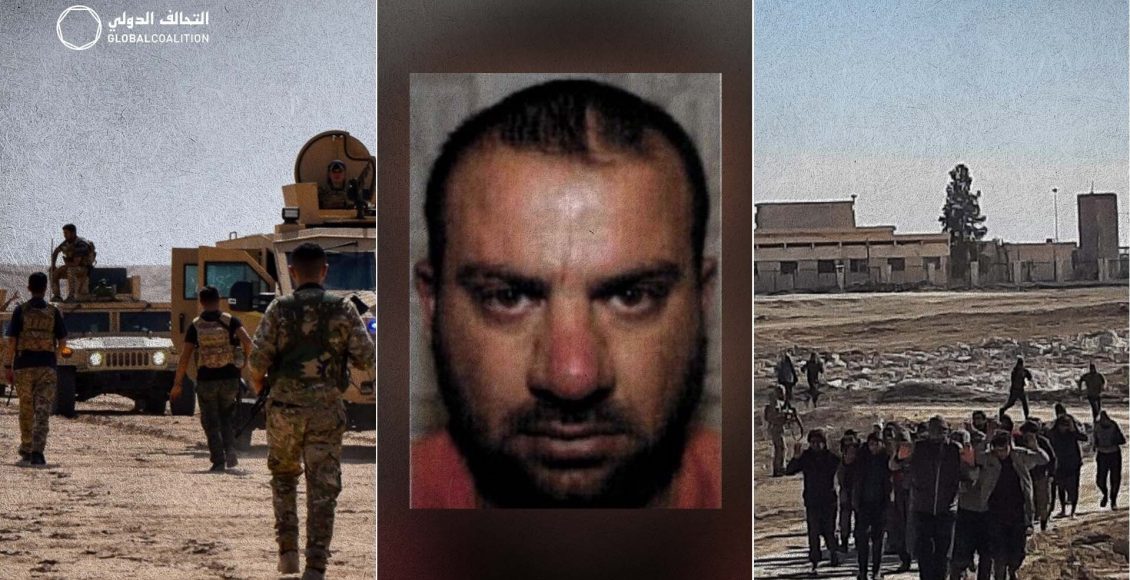 Yesterday, President Biden announced that U.S. forces had conducted an operation leading to the death of Daesh’s leader, Muhammad al-Mawla, known also as Ibrahim al-Qurashi. Today, audiences across Syria, Iraq, and beyond are assessing the news of his death.

For those he terrorised, there will be both relief and painful memories of the savagery he wrought. Communities of all ethnicities and religions suffered during the years of Daesh’s occupation. The atrocities experienced by Yazidi minority were particularly harrowing – al-Mawla was personally instrumental in engineering the enslavement and rape of Yazidi women and girls, and the murder of men and boys. In liberated towns and cities across eastern Syria and northern Iraq the death of al-Mawla will be welcomed. The network of Daesh cells that he oversaw has continually sought to intimidate them, interrupting the fragile progress of their communities toward security and stability.

Among Daesh’s remaining followers, his death caps a chaotic fortnight of disrupted momentum and failure. As news of the attack on Gweiran prison broke, some hoped it would herald a resurgence in the terrorist group’s fortunes. Instead, the Syrian Democratic Forces, acting with support from the Coalition allies, were able to contain the attack – overwhelmingly either killing or recapturing Daesh’s fighters. The defining images of the incident were of broken-spirited terrorists, surrendering with their arms aloft. Al-Mawla is believed to have directly overseen this failure. Even before his death just days later, online chatter among Daesh supporters revealed expressions of anti-climax and confusion.

Two years on from the operation that ended Abu Bakr al-Baghdadi’s rule, al-Mawla has died like his predecessor. Like al-Baghdadi, al-Mawla’s leadership ended in north-west Syria, following a successful U.S. military operation. Both committed violent suicide, killing their own wives and children. Unlike al-Baghdadi, however, al-Mawla was silent and unknown, failing to issue a single speech or statement to his supporters, and beset by revelations that he had betrayed fellow jihadis. Ironically, some Daesh supporters have sought to leverage his anonymity to cope with the loss – arguing that his death cannot be entirely certain, since a lack of any public appearances has left his identity unverified.

Those still clinging to Daesh’s cause now face a wearily familiar sequence of events. Daesh will soon identify a successor from among its dwindling pool of senior commanders; and its branches will record obligatory bay’ah (loyalty) pledges – although some may now question the value of affiliation to a degraded terrorist brand, no longer offering the resource it once promised. He will take charge of a network now desperately seeking to cultivate a narrative of resurgence.

Moreover, Daesh’s new leader will be confronted by determined and committed adversaries. He and his supporters know that they will be hunted down from the moment he is chosen. Following the announcement of al-Mawla’s death, President Biden said that the U.S. will “continue working with our close allies and partners — the Syrian Democratic Forces; the Iraqi Security Forces, including the Kurdish Peshmerga; and the more than 80 members of the Global Coalition”. Al-Mawla’s successor can be certain that the movement he inherits will face unrelenting pressure from the Coalition and its partners.

NATO’s contribution towards the Global Coalition against Daesh