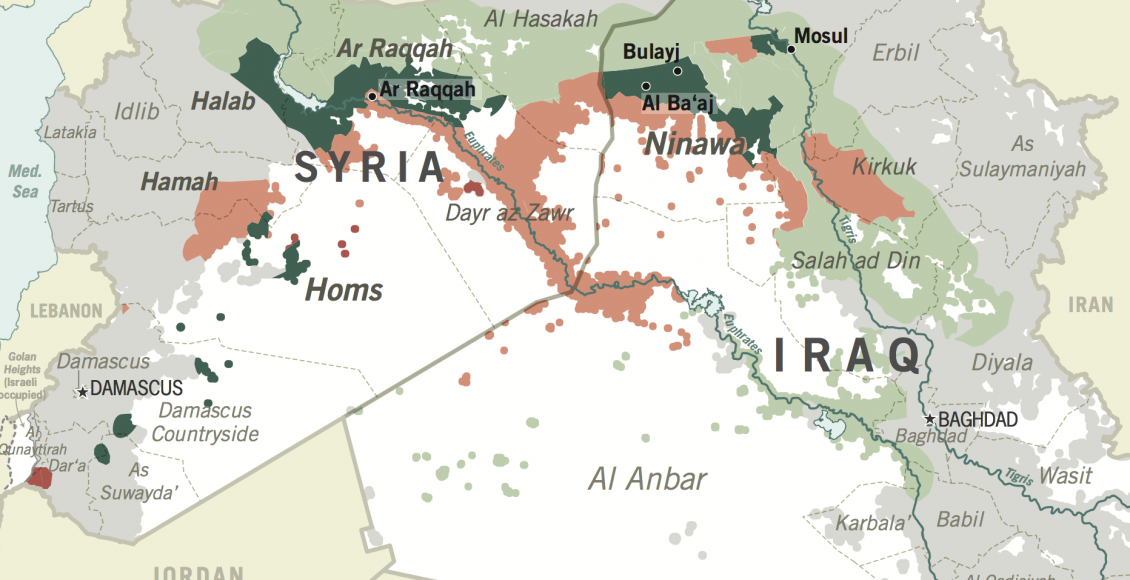 Iraqi forces and the Syrian Democratic Forces (SDF) have pushed back the frontlines of Daesh in much of northern and central Iraq and northern Syria since February 2017. Up until the end of June 2017, Daesh continued to lose substantial amounts of territory to Iraqi forces in Ninawa Governorate, including east and west Mosul. The majority of Daesh losses in Iraq were the western portion of Ninawa Governorate, including the Daesh logistic hubs of Al Ba‘aj and Bulayj.

The majority of Daesh losses in Syria were in Ar Raqqah and Halab Provinces, as a result of the  SDF besieging Ar Raqqah city and pro-regime forces’ anti-Daesh operations. The map below depicts Daesh’s areas of influence, including its net territorial losses from February through the end of June. Compared to its holdings as of January 2017, Daesh lost 6,100 to 7,100 square kilometers, or about 30 percent of the territory it had dominated in Iraq, and 12,500 to 13,500 square kilometers, or about 40 percent of the territory it dominated in Syria. Daesh probably has a presence and freedom of movement in much of the unpopulated areas depicted on the map, but we cannot determine its level of in uence in these areas. Our estimates are subject to change because of the dynamic nature of the conflict. 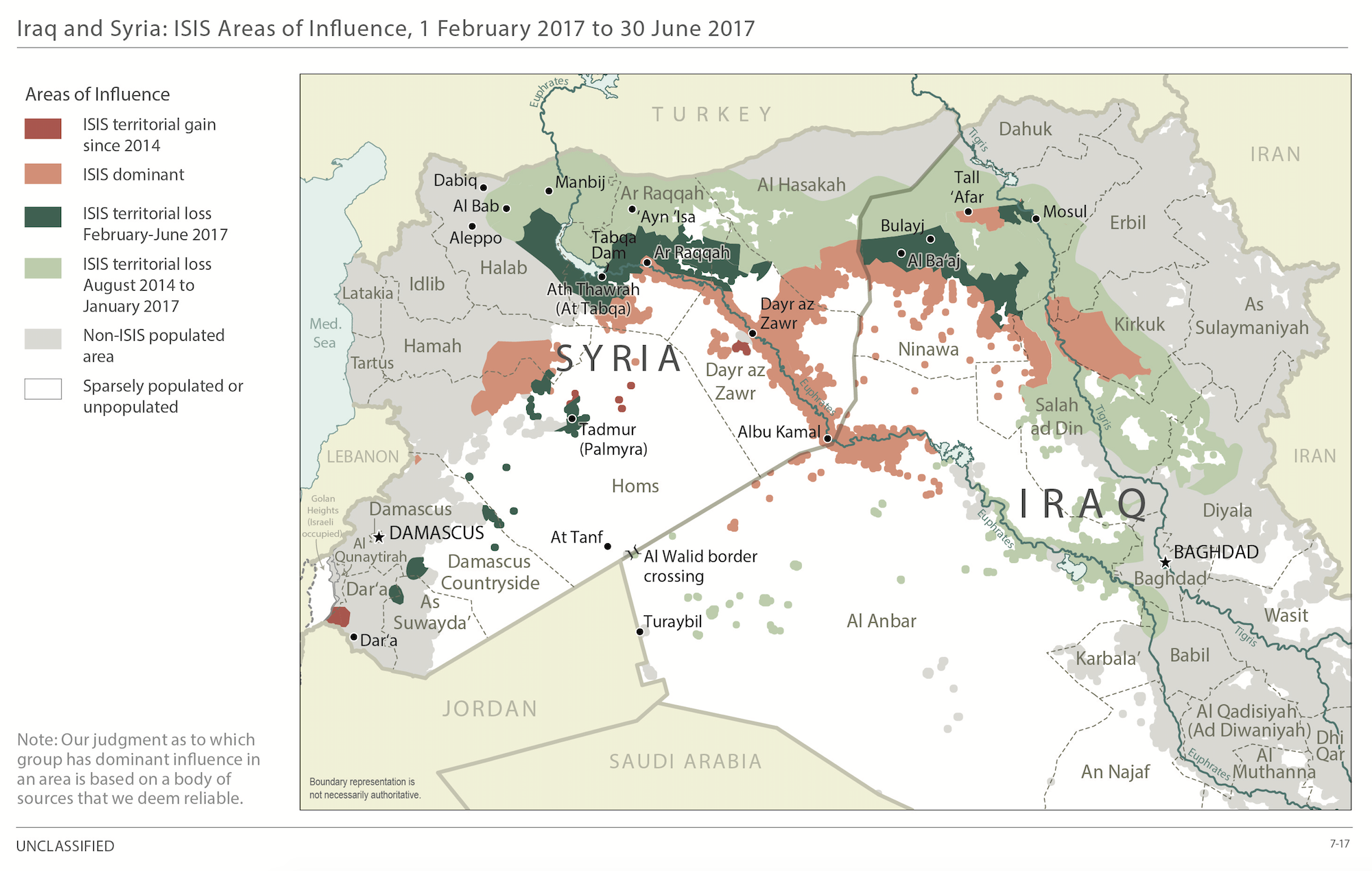