Key Daesh battlefield losses in February were to Iraqi forces in the Ninawa Governorate, where the majority of losses were in western Mosul. In Syria, the majority of Daesh losses were in the border region between Ar Raqqah and Dayr az Zawr Provinces, as Syrian Democratic Forces cut Daesh supply lines to Raqqah City. Daesh also lost territory in Halab and Homs provinces. 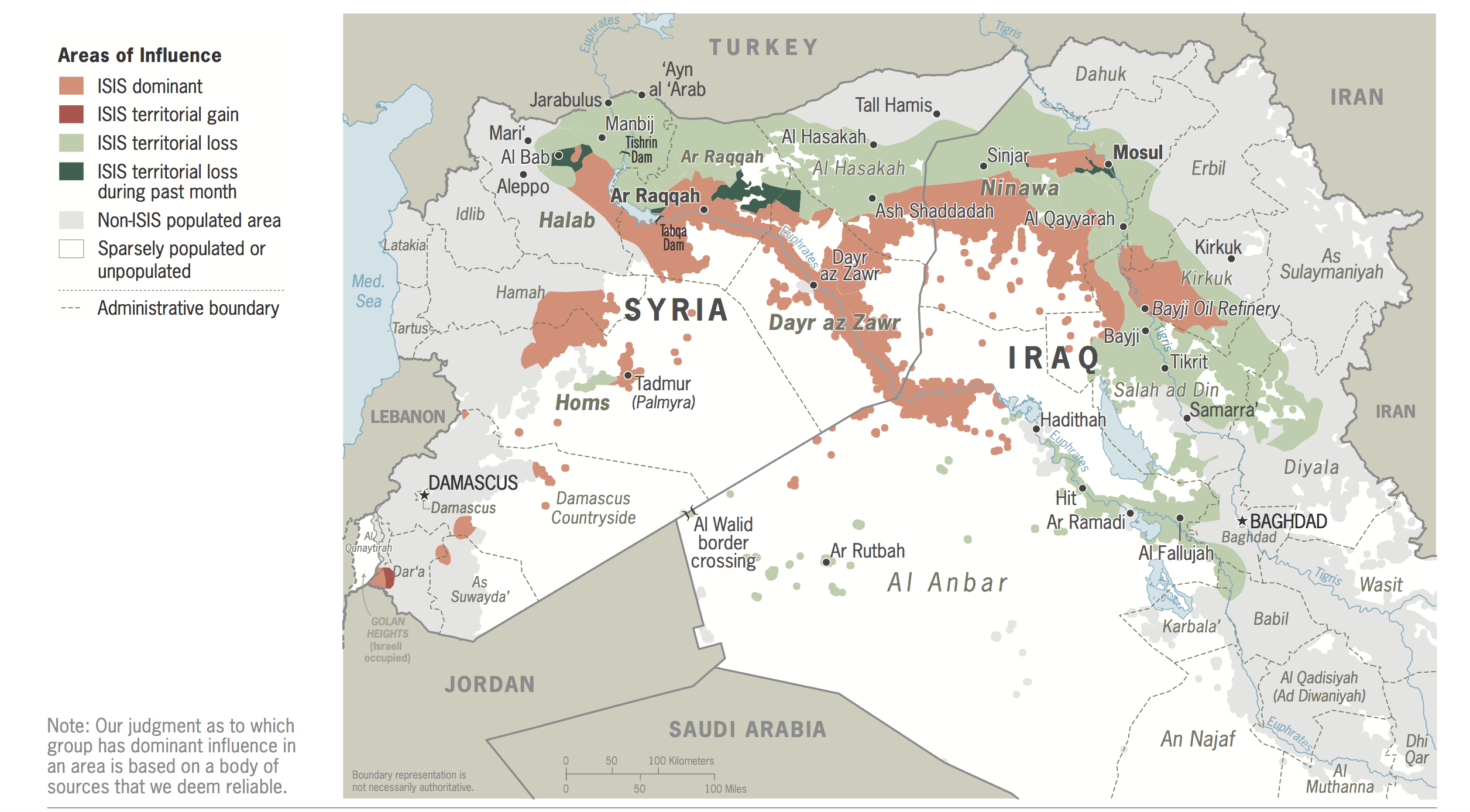