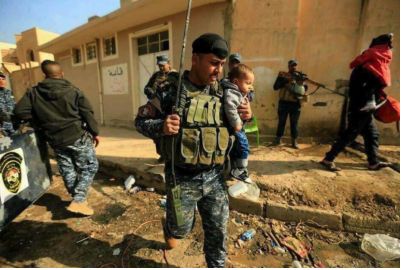 In the past 24 hours, the Coalition conducted eight strikes with a total of 59 engagements using 34 munitions.

— Near Bayji, one strike engaged an ISIS tactical unit and an ISIS staging area and destroyed a weapons cache, a VBIED, and a VBIED facility.

— Near Kisik, one strike engaged an ISIS tactical unit and destroyed two ISIS-held buildings, a VBIED, a vehicle, a tactical vehicle and a UAV.

People of Mosul celebrate the Holy month of Ramadan

An Iraqi musician is playing her part in tackling climate change