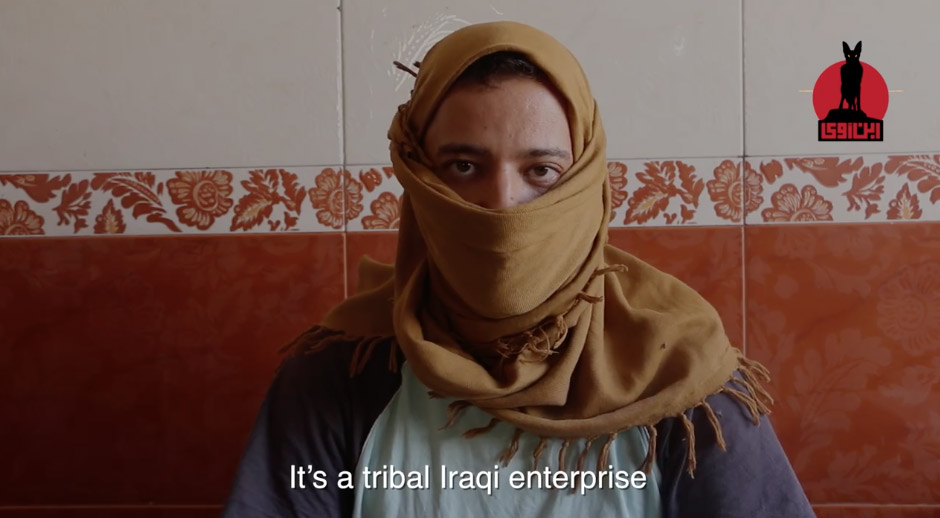 Like many foreign fighters, Abu Omar pursued a calling. The 28 year-old joined Daesh in 2014, convinced that it was a force for good, fighting for the protection of the Syrian population. Two years down the road, his disillusionment is manifest: “when Daesh realised they were no match for the Coalition’s forces, they closed the borders to prevent the population from fleeing,” he said, adding that the organisation “ended up using Syrians as human shields”.

“There are no institutions, only facades”

The organisation’s brutality is not the only source of Abu Omar’s discontent. “It was complete chaos […] no organisation whatsoever!” he explained. In this video, he recalls his experience of the “pseudo military training” he received before being used a mere cannon fodder in battles Daesh didn’t even care about, a reference to battles fought against the Kurdish Peshmergas. Talking about life in Daesh’s territory, Abu Omar is clear: the so-called Islamic police is corrupt, there is no real education system to speak of and no real economic prospects. According to him, the lack of real political project is linked to the fact Daesh is just “an Iraqi tribal enterprise filled with people fighting for their own personal interests.”

“There is nothing Islamic about Daech. Whatever you do, do not come here”

As Abu Omar states at the beginning of the video, joining Daesh was a “spiritual decision.”  However, he quickly realised that very little was Islamic about life under Daesh. “This is just a nationalist operation that has nothing to do what we came for, so basically, we die for nothing” says Abu Omar before explaining that, in his view, that Daesh merely exhibits “the standard practices of former Baath political parties”. The young man also laments over the lack of social justice: “it’s the law of the fittest: the Iraqis are above everybody else, then the emirs, then men, women and slaves at the bottom.”

Abu Omar concludes by advising anyone tempted to join Daesh to stay away: “In all my life, I have never experienced such humiliation, injustice and segregation like I have in Dawla [Daesh],[…] there’s no point coming here. Stay were you are and practice your religion.”