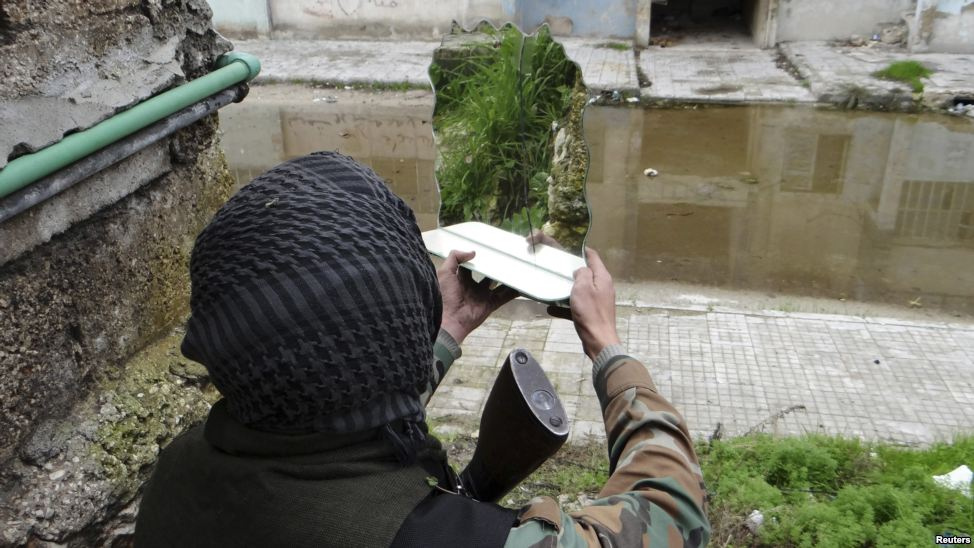 Part Three: “I wasted years of my life with Daesh.”

As described in parts 1 and 2, MD is a young Syrian who considers he has a strong sense of ethics and religious morality, which can explain why he has constantly chosen to side with those promising to make a difference. What also emerges from his story is a capacity to take a step back and think. Each time he decided to plead allegiance to a cause, be it the first Salafi group he joined, al-Nusra or Daesh, MD’s decision was always based on strong justifications. However, the justifications offered by Daesh for its fundamental contradictions and injustices became progressively unbearable, and these led to his ultimate defection.

“It seemed that we had crossed a line”

Reports suggest that leaving an organisation like Daesh tends to be a gradual process, one requiring an accumulation of incriminating evidence. Recalling the moment Daesh formally declared the establishment of their “caliphate,” MD is unambiguous about his state of mind at the time: “we rejoiced over the declaration […]. We considered it a huge step forward.” This initial sense of accomplishment possibly explains why it took MD several incidents to start seeing the faults in the organisation’s project.

The first such incident was the massacre of the Shu’aytaat tribe in the eastern province of Deir el-Zour in August 2014 which left nearly 700 dead, including children. MD explains that Daesh said it needed “to set an example for others to learn from.” When MD started to think that they “had crossed a line in the way [they] handled the Shu’aytaat,” his friend and superior, Abu Abbas simply told him that, “the end justifie[d] the mean[s].” Yet, MD left it at that, convinced that his leadership knew better: “[they] made us accept things without thinking them through.” After that incident, MD also started to doubt some of the organisation’s military decisions. According to him, the siege of Kobani along the Turkish border (September 2014 to March 2015) didn’t offer any strategic gains compared to the number of Syrian lives lost in the battle. “We didn’t have a clear military plan for it […] the battle was more like an incinerator,” he laments, adding that, “the twitchiness among fighters was evident […]. Kobani was a breaking point.”

Despite having witnessed countless injustices and aberrations committed in the name of Daesh, MD carried on his life as a soldier of the “caliphate.” However, several incidents involving people closer to him led him to “seriously consider the possibility that [he] was in the wrong.”

When Daesh decided to confiscate the possessions of one of his friends on fabricated charges, MD tried to have the case reopened with the assistance of his superior, Abu al-Abbas. However, al-Abbas was killed in an air strike around that time, depriving MD of his protection. “The guy that we’d been trying to help was then jailed for four months, which is absurd,” he recalls. He later discovered that his friend was essentially being punished for having had the support of al-Abbas: “it was a settling of scores and with Abu al-Abbas having passed away, this guy had no backing […] it was blatantly unjust.”

Rampant corruption led more and more members of Daesh to question the way things were run. One day two members of Daesh, a Belgian and a British citizen, started openly questioning the organisation’s practices as “they were bothered by contradictions they witnessed.” In MD’s opinion “their mistake was to express their thoughts out loud.” After the two men were executed in front of him, MD remembers thinking that they were not even judged even though they had a judge to rule on these matters. “I didn’t see anything wrong in the mere act of questioning things or thinking it over,” he says. But according to him, revealing your thoughts to anyone inside Daesh is far too dangerous: “you’d be constantly afraid, overthinking and anxious.”

Daesh judges themselves could not be trusted. “It was horrific,” MD states as he recalls the story of a Daesh judge who sentenced dozens of people to death on accusations of being spies, but who was then “himself executed under the charge of being an extremist and an agent.” According to MD, these types of incidents were happening on a regular bases. No one was permitted to question, to inquire.

“God didn’t forbid us from thinking”

Ultimately, MD realised that he had joined an organisation that represented everything he vowed to fight at the beginning of the revolution. “At one point, these acts became unjustifiable. Just like what was taking place under the Assad regime,” he says. The sum of all the organisation’s contradictions and injustices became overwhelming and he “realised the perversion of what [he had] participated in.” To those still living in Daesh territory, he says: “God didn’t forbid us from thinking, inquiring or drawing comparisons. [Daesh] blocks its members from thinking, it makes their minds absent.”

How do the residents of Nineveh Governorate feel about the security situation?