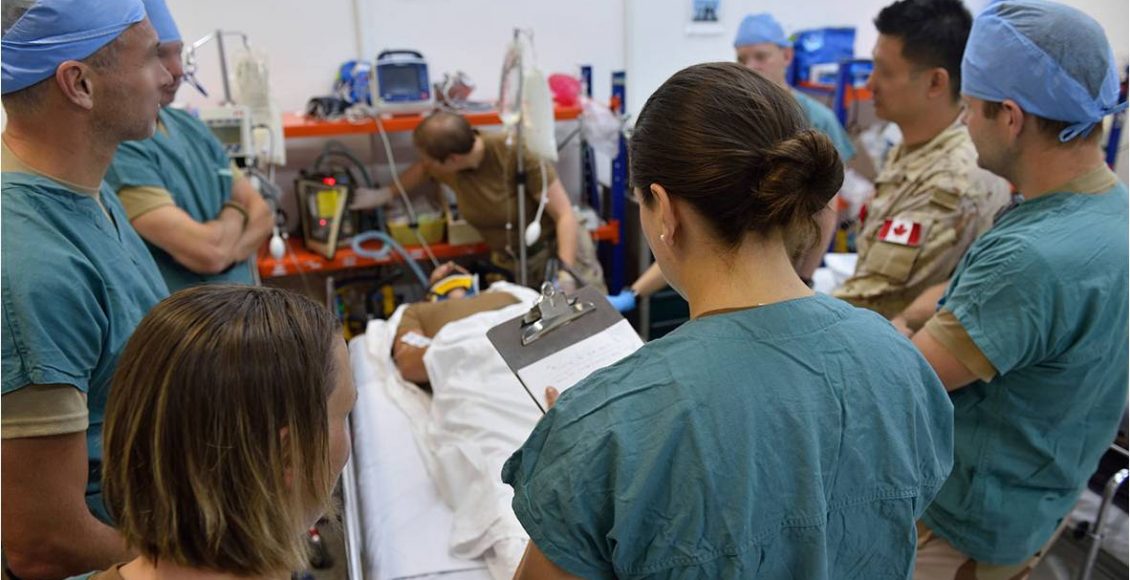 In the context of that effort, Canada’s approach for the past year has been to have all involved sectors of the Government of Canada work together to address the many aspects of the global efforts, including meeting military, political and stabilization needs, and separately, providing humanitarian and development assistance.

Notwithstanding  efforts by Iraqi security forces to clear Daesh elements from their footholds across Iraq, Canada is deeply concerned for the well-being of the roughly 135,000 displaced people in camps around Mosul and other Iraqi civilians whose lives have been deeply affected since the conflict began.

With Canadian assistance, partners are coordinating the evacuation of civilians and establishing camps and emergency shelters around Mosul to accommodate families fleeing the city. They are providing support and specialized care to women and girls who have been victimized by Daesh, supporting local health facilities near Mosul and, by deploying surgical teams, reinforcing the capacity of these facilities to treat wounded civilians. Partners are also providing emergency food rations, water and hygiene materials, and child protection services for children and families.

Canada is also helping to advance stabilization efforts in areas recently liberated from Daesh by supporting efforts that focus on training and advising Iraqi police forces, and clearing improvised explosive devices and other explosive remnants of war. Through the United Nations Development Programme’s Funding Facility for Immediate Stabilization, Canada is supporting the Government of Iraq’s efforts to address the immediate needs of citizens so they can return home to rebuild their lives and communities.

On the military side, there are approximately 800 Canadian personnel serving in Kuwait, Iraq, Qatar, Jordan and Lebanon. They are providing a multi-faceted contribution that includes air operations, military leadership, staff expertise and specialist capability, regional capacity-building, targeting and intelligence operations, and elements of logistical support.

The Canadian Armed Forces have been conducting air operations with Aurora Intelligence, Surveillance and Reconnaissance aircraft, and Polaris Air-to-Air Refuelling aircraft. The intelligence gathered by the aircrews is used to support the ongoing battle for Mosul as well as in a variety of other areas where Daesh is active.

In addition, approximately 50 Canadian Armed Forces medical personnel have been deployed to lead the Coalition Role 2 medical facility in Erbil since November 2016. With its two operating rooms, two surgical teams and intensive care support, the facility is equipped to provide resuscitation and life-saving medical services to Canadian, Coalition and Iraqi troops, and whomever else requires medical attention.

The process to defeat Daesh has been long and arduous, and will continue in all areas where the terrorist organization still poses a threat. Canada values the strong partnerships it has in the Middle East, and appreciates the progress that has been made over the course of the past year. Along with its partners in the Global Coalition, Canada is focused on defeating Daesh.