Two years on from the death of Al-Baghdadi: silence from the top as Daesh regional leaders fall like dominoes 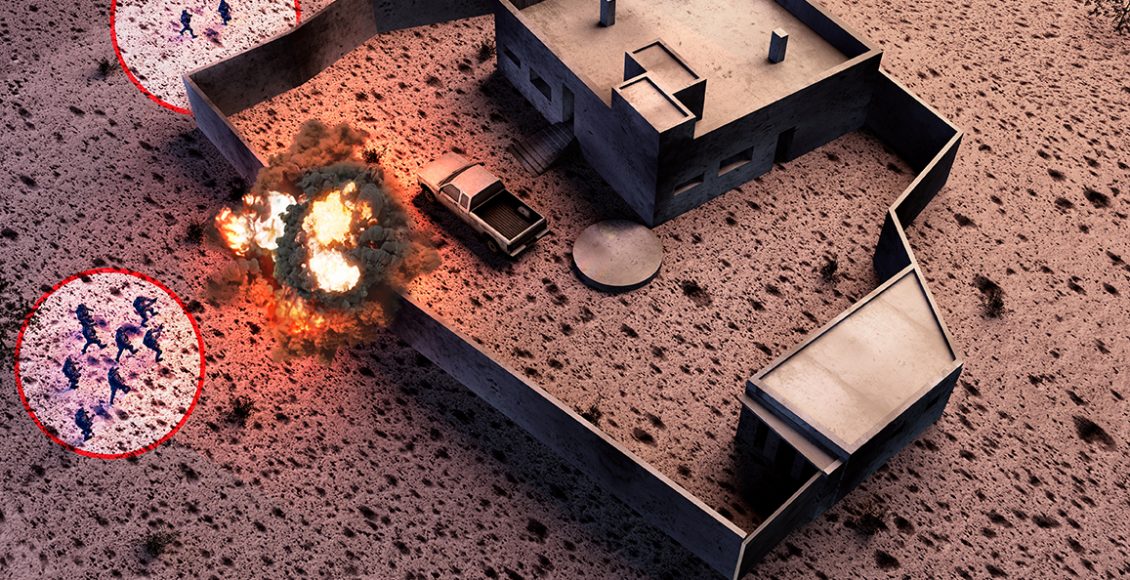 Raid on Al-Baghdadi compound in Barisha

Today it is two years since the death of former Daesh leader Abu Bakr al-Baghdadi. This sombre anniversary marks a moment to remember and honour the thousands of victims of violence that he directed. It is also an opportunity to reflect on the impact that his removal has had on Daesh as a movement, and how a subsequent absence of visible leadership might have affected both its morale and its strategic clarity.

While Daesh has often sought to present itself as innately resilient to the loss of key leadership figures, the disruption it has experienced over the past year will have negatively affected its prospects in several ways. In Iraq, al-Baghdadi’s death ushered in an era of relative instability for the group, particularly within its inner circle. Daesh’s senior leaders have since been subjected to relentless pursuit by increasingly capable Iraqi Security Forces, preventing it from resurging, and limiting it largely to sporadic attacks designed to shore up its relevance.

A recent example of that pressure may be seen in the capture of Sami Jasim Muhammad al-Jaburi, Daesh’s senior financier, who was arrested by Iraqi intelligence as part of a sophisticated cross-border operation earlier this month. Al-Jaburi’s capture is expected to have serious repercussions, with analysts describing it as a ‘serious blow’. Shortly afterwards, Iraq’s prime minister Kadhimi was also able to announce the capture of Ghazwan al-Zawbaee, a man responsible for planning the notorious 2016 Karrada bombing in Baghdad, which took more than 300 Iraqi lives.

Whilst assessments should be clear-eyed about the group’s ability to replace fallen leaders, the destabilising effects of this attrition should not be dismissed. Coalition partners’ relentless commitment to disrupting Daesh’s operations in any way possible prevents them from forming the consistent structure of leadership needed to both maintain organisational cohesion, and project unity of purpose.

Under such sustained pressure, it is unsurprising Daesh’s overall leader, Amir Muhammad Sa’id Abdal Rahman al-Mawla, chooses to remain invisible. In the two years since he became leader, Daesh’s official propaganda outlets have yet to issue a single statement, either written or verbal, from al-Baghdadi’s nominal successor. This lack of communication from senior ranks deprives Daesh of some of its most potentially inspiring propaganda, as evidenced by the ongoing ubiquity of images of al-Baghdadi in pro-Daesh communication. Propaganda is Daesh’s life-blood, supporting its ability to secure new recruits and uniting an otherwise atomised global network. These are existentially vital functions for the group in its post-territorial phase – and al-Mawla’s unwillingness to directly engage this key function therefore constitutes a weakening of the movement’s foundations.

In this way, Daesh’s increasingly fragmented movement has developed parallel weaknesses: “an unknown nobody” (majhul ‘adam) as a figure-head and a leadership attrition problem across the globe. This unstable core must be disconcerting for its followers. With international headlines repeatedly point to significant losses, Daesh is in need of a rousing rallying call more than ever. Instead, supporters are faced with unending radio silence from the top. Online discussion suggests a growing awareness of the challenges of demanding unwavering support and sacrifice from followers under such circumstances, with unusual calls for the party to soften its tone, to avoid alienating potential recruits from a pro-Daesh outlet earlier this month. It seems Daesh is still struggling to effectively fill the chasm left by the death of its former chief, and the damage may be irreparable. After two years, the dust is yet to settle, and the pursuit is yet to relent.

A message from an artist in Raqqa