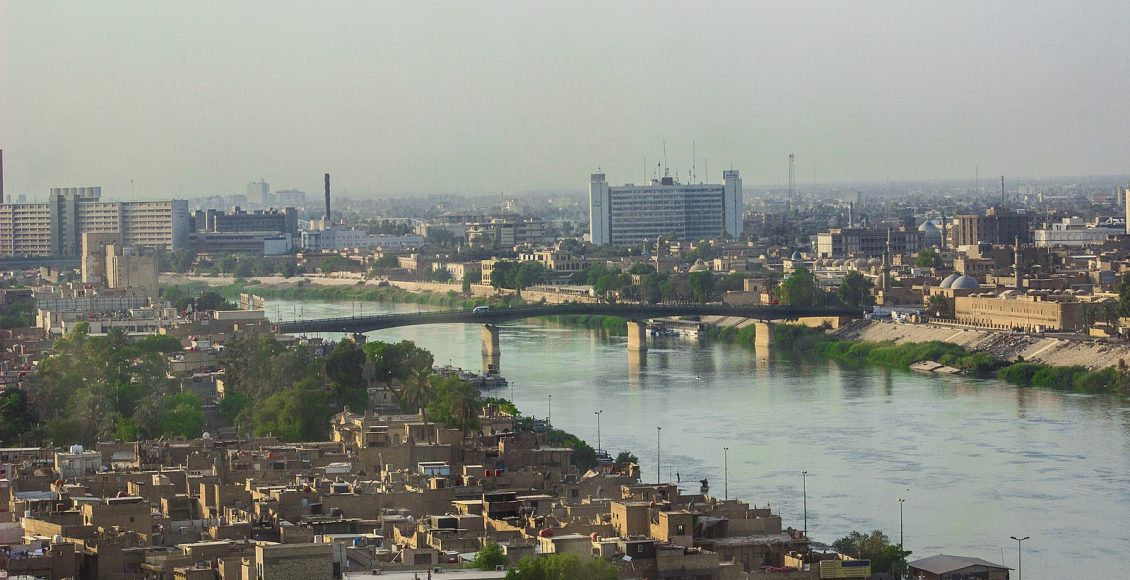 “Our goal is to spread peace, and our means to achieve this is art,” she says. “We play music and act out plays to tell others that you are the only ones who can make change.”

Tarkeeb House in Baghdad is involved in a wide variety of art forms. Since 2015, the group has been organising the Baghdad Contemporary Art Festival, which is the only festival in Iraq that offers a variety of artistic specialties. The festival lasts for four consecutive days every April and usually features young artists, offering additional programmes for contemporary Iraqi literature, music, cinema, and theatre.

The group also organises exhibitions with young Iraqi artists. Every Thursday, they have an Open Projector Night to present works from local and regional filmmakers. Every Friday and Saturday the group hosts the Yogadrama program, a four-week course combining drama and yoga therapy. The group presents an Art Lecture Lab once a month, which is a public lecture series presented by local specialists that is devoted to the study and development of arts and sciences, and it works with the Goethe Institute in Iraq on a variety of art workshops.

The artists at Tarkeeb House all come from different backgrounds. For example, Amin Mikdad, from Mosul, lived for three years under Daesh. However, he continued to compose his music secretly.

“Today I play the music I secretly composed for fear of being killed,” he says. “I play it and I breathe the fragrance of freedom, my theatre is the streets of Baghdad and its squares.”

Amin completely believes in Tarkeeb House and its ability to positively impact his fellow Iraqis, and today he plays in the Tarkeeb House band.

“We want to live happily in peace without giving up,” he explains. “We do not want to lose our freedom. We try to send a message by playing our music on the street: there is still hope. We try to send light to people amid the darkness they live in.”

“The project adopts all young people who wish to enhance their talent in the various fields of arts, in addition to those who wish to present themselves through art shows,” says Ali Al-Makdam, the Director of Relations and Information. “We provide them with the necessary means to achieve it.”

Frequently, musicians in Tarkeeb House stage surprise musical performances without prior notice, choosing to perform on the streets of the city.

“We deliberately made our performances surprising because we wanted to see the reaction of Iraqis in the streets to such events,” says Al-Makdam. “The experience was beautiful and wonderful.”

Ms. Mios acknowledges that there were several challenges they overcame with the help of project donors, perhaps the most prominent of which was moving to a new headquarters in early 2017, which allowed them to expand the work.

“We moved to our own home,” she says. “Since we are independent and volunteers, and we cannot cover all the expenses of running Tarkeeb House, we chose a traditional Baghdadi house built in the 1930s and was in need of maintenance and restoration.”

In order to facilitate the work, they received funding from the embassies of Germany and France in Baghdad, as well as from the European Grant for Democracy.

In Focus, End Violence against Women