“Sadness, disappointment and rage consumed me.” Peace activist and journalist Suha Oda used writing as a way to combat Daesh and their rule.

In 2014 when Suha Oda was forced to flee Mosul due to the Daesh invasion, she was overwhelmed by the situation. 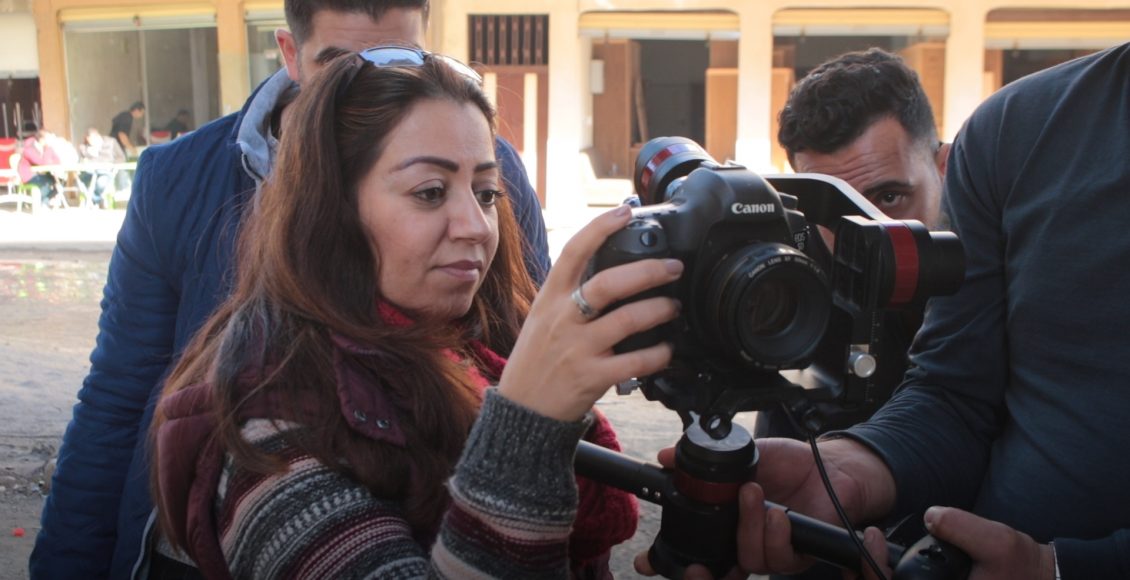 In 2014 when Suha Oda was forced to flee Mosul due to the Daesh invasion, she was overwhelmed by the situation.

“At the very beginning when Daesh entered the city I fled, so I couldn’t do anything,” she says. “Sadness, disappointment and rage consumed me. Locals were thinking ‘how could this happen?’ Being a woman, it was worse due to the conditions and restrictions Daesh imposed. It was best to leave to try to survive.”

Leaving the city however was not easy and was fraught with risk. Those who were caught often faced harsh penalties, including death. She relied on one of her father’s friends to help her escape.

In exile and unable to work due to depression, a phone call from a friend changed everything.

“What motivated me was my friend,” she says. “She knows I’m a good writer, and she told me to go and write the stories of what was happening instead of staying at home crying. This is what gave me the motivation to defend others and to stand up for the innocent.”

That phone call has shaped Suha’s career. She has enjoyed great success as a journalist, working for local and international organisations. Today she runs an organisation called Women’s Voice for Peace Building, dedicated to ending gender-based violence.

But returning to Mosul after Daesh were defeated was not easy. It was hard to believe they were actually gone and Suha, like many others, was still fearful.

“I was certainly overwhelmed by joy, but at the same time I was concerned because the liberation of the city was in two stages,” she says. “I had friends and relatives in areas that were not liberated yet. Once our area was liberated, we celebrated in the streets, but we also had the fear of the unknown for the future of our city.”

Thankfully, for Suha and Mosul, Daesh were eventually defeated in the whole of the city and she was able to flourish in her new role.

“It was important to establish the Women’s Voice for Peace Building initiative because we, the women of Nineveh, needed to speak out and make our voices heard,” she says.

“This initiative allowed us to speak out freely and to achieve our dreams with the help of men and with their participation. This initiative did not mean that women have to be alone or isolated from men, but where men must understand the situation and help women in this region.”

Suha’s message is that if peace is to prevail and Iraq is to grow, women need to be involved. She says: “This country will not rise unless there is balance and partnership between men and women.”

KOICA, UNFPA; US$ 3 million to assist survivors of gender-based violence in Nineveh…