Since September 2019, the local municipality in Hajin has been working hard in preparation for the return of IDPs (Internally Displaced Persons) who left the village during Daesh rule. Local authorities have repaired water networks, reconstructed roads and streets, and dismantled landmines left by Daesh, to create a safe environment for residents returning to their homes.

The completion of a number of public service projects, such as refurbishing medical facilities and schools, has been a key motivation for people to return. Gradually, life has begun getting back to normal and the negative impact of Daesh has been diminishing. Life is coming back to the market,s where stores have reopened, including a second-hand clothing shop that belongs to Abdulrazaq. His goods had been confiscated by Daesh because they bore foreign brands. Today, a year after the defeat of Daesh in the area, Abdulrazaq has restarted his business in an attempt to build a future for himself and his family in their hometown.

Ibrahim, a barber in Hajin, has also overcome the impact of Daesh rule and begun restoring normality to his life. He returned to practice his profession, which he loved, after being denied this right under Daesh’s control. Hairdressing was almost totally absent during Daesh’s rule as they set extreme rules and conditions aligned with their ideology. They also targeted barbers, arrested them and subjected them to Sharia courses.

“After expelling Daesh from the region, the doors of life are wide open,” said barber Ibrahim, summing up the gradual recovery Hajin is experiencing today. Hajin is like most areas and towns in north eastern Syria whose residents witnessed the injustices committed by Daesh and its corruption in all aspects of life. 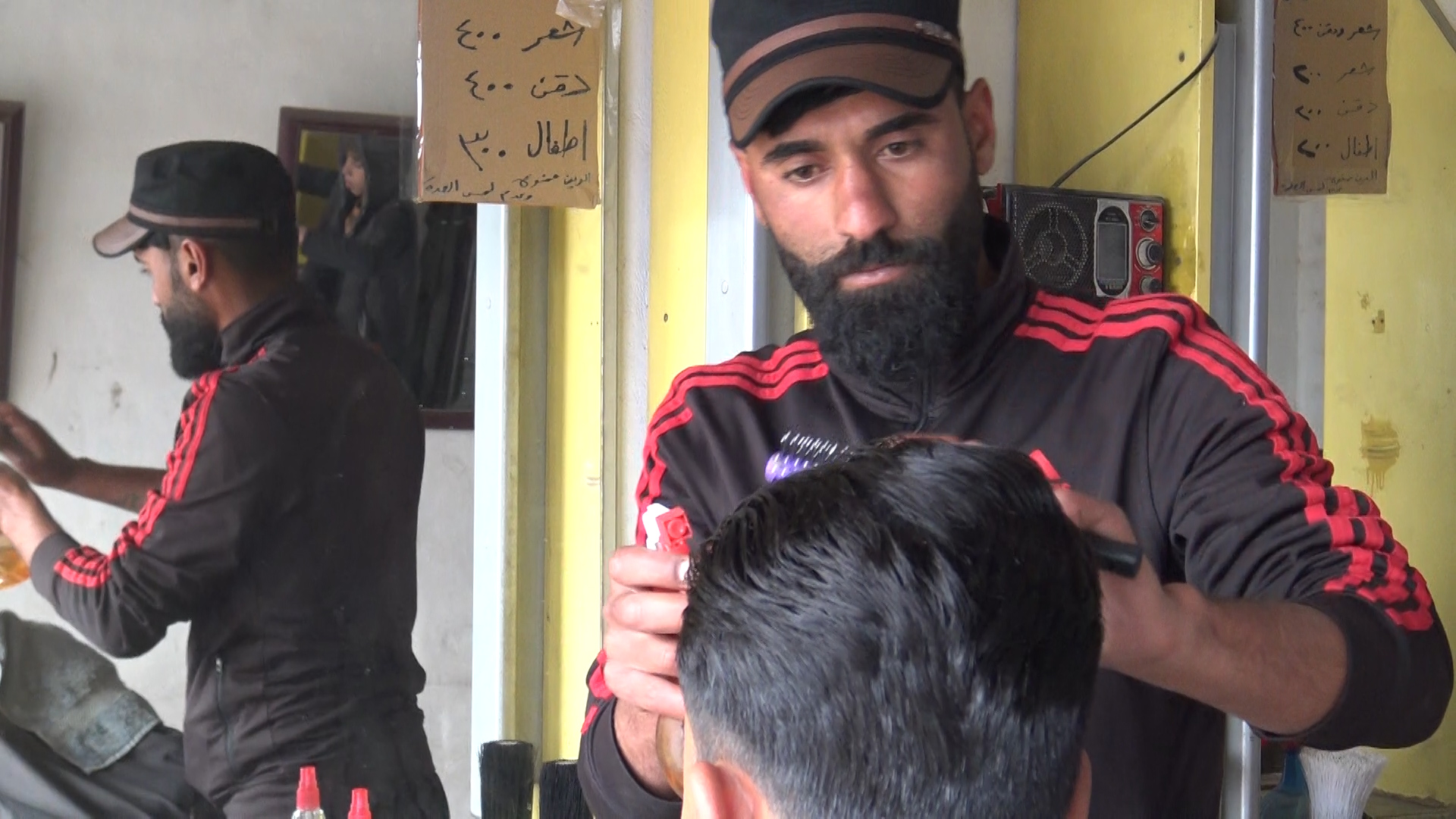 Shop owners in north eastern Syria are rebuilding their businesses