Italy – together with the United States and Saudi Arabia – co-leads the Counter ISIS Finance Group (CIFG), aimed at identifying and disrupting Daesh’s sources of revenue and financial networks.

Building upon the strategy to counter Daesh’s financing enshrined in CIFG’s Rome Plan, approved in March 2015, Italy has been working with the Global Coalition partners to:

The Italian Agency for Development Cooperation provides 45 million Euros every year to Syria, helping reinforce the health sector in the North East, food security, basic services and income opportunities throughout the Syrian territories to improve the resilience of the population, in particular in the Raqqa Governorate.

Italy also ensures a strong support for the development of Iraq, where projects worth around 13 million Euros are implemented each year with a focus on the promotion of stabilisation and reconciliation in the areas once occupied by Daesh.

Top Contributions to the Coalition

Italy is committed to the capacity building of Iraqi and Kurdish military and police forces and carries out military tasks in support of the Coalition Military Campaign Plan to defeat Daesh. Italy’s current military contribution provides for the engagement – in successive phases – of up to 900 soldiers, 84 land vehicles and 11 aircrafts.

In Erbil, Task Force Land, a formation of Army personnel established in January 2015, operated until September 2020 within the framework of the Kurdistan Training/Mentoring Coordination Centre (KTCC/KMCC), led by Italy and Germany on a 6-month rotation basis. The following courses were conducted in favour of the Peshmerga:

In September 2020, the KMCC ended its activity. The Military Advisor Group (MAG) started operating through multiple Operations Center Advising Teams (OCAT), which include specialized experts that are able to advise Iraqi security staff and leaders.

In Baghdad and Kirkuk, members of the Italian Special Forces are entrusted with the training of the Iraqi Counter Terrorism Service (CTS) and Kurdish Special Forces.

Task Group Griffon, equipped with four transport helicopters NH90s, is in charge of personnel transportation in the Kurdistan Region of Iraq.

In Baghdad and Erbil, Carabinieri personnel from the Italian Task Force “Unite4Heritage” trained units of the Iraqi and Kurdish Police Forces and civilian employees on the protection of cultural heritage. In collaboration with local authorities, the Carabinieri performed surveys of archaeological sites, contributed to the identification and arrest of individuals responsible for clandestine excavations, and assisted in the seizure and delivery of smuggled items to the Nasiriyah Museum. Since 2003, the Carabinieri National Stolen Cultural Property Database has contained the images and captions of 4,000 archaeological artifacts stolen from the Baghdad Museum.

“Italy does not and will never concede even a centimetre in the face of the terrorist threat!
The Italian State will react with all its power against those who sow the seeds of terror and attack innocent people, including women and children!”
Rome, November 11 2019 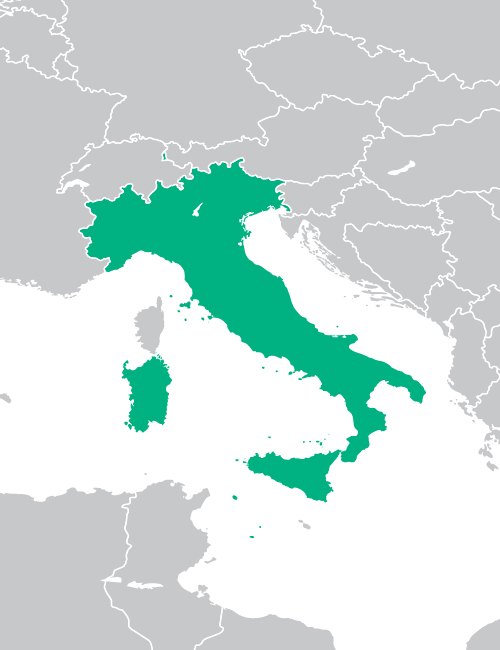 What is the nature of Italy’s important role in the Coalition?

Jul 11, 2022
Italy is a lead in countering Daesh finance and works with its partners at the Global Coalition to defeat Daesh on…

How Italy supports The Global Coalition against Daesh

The Italian Contribution to the Global Coalition Against…