Germany remains committed to pushing Daesh back on all fronts: In addition to its political and diplomatic engagement in the region and military contribution, Germany continues its training support to official police and security forces in Iraq and funds a variety of stabilization measures and infrastructure rehabilitation in liberated areas in Syria and Iraq. As co-chair of the Stabilization Working Group, since early 2019, Germany has been pushing for increased Coalition efforts to counter extremist ideology and targeted stabilization programing to enable the return and reintegration of displaced persons.

As the largest contributor to the Syria Recovery Trust Fund and the Funding Facility for Stabilization in Iraq, Germany is supporting reconstruction measures, capacity building of governmental and civilian actors, infrastructural development and the provision of basic services.

Germany’s stabilization engagement currently focuses on deradicalization and reintegration of persons affiliated with Daesh within a conducive environment through bilateral and multilateral partners, the establishment of inclusive community security, basic infrastructure and support to livelihoods. These projects are complemented with programs focusing on psycho-social support, education and skills training and activities fostering social cohesion and reconciliation.

Security Sector Reform (SSR)
Iraq remains one of the priority countries where Germany supports the security sector reform with a budget of €9 million in 2021. German SSR activities in Iraq include equipping the military medical corps, training of female police officers as well as capacity building and crisis management through the German Federal Technical Relief Agency (THW).
Further, with financial support from Germany, the European Union Advisory Mission in Iraq (EUAM) is strengthening the leadership capability within the police forces, supporting the change management concept of SSR and assisting in the development of a national police database to fight the smuggling of cultural property by organized crime and terrorism groups.

“The terror waged by Daesh targets open society and all those who want to live in liberty…” “…everything that we do is not restricted to a military rationale, but is embedded within a political process.” 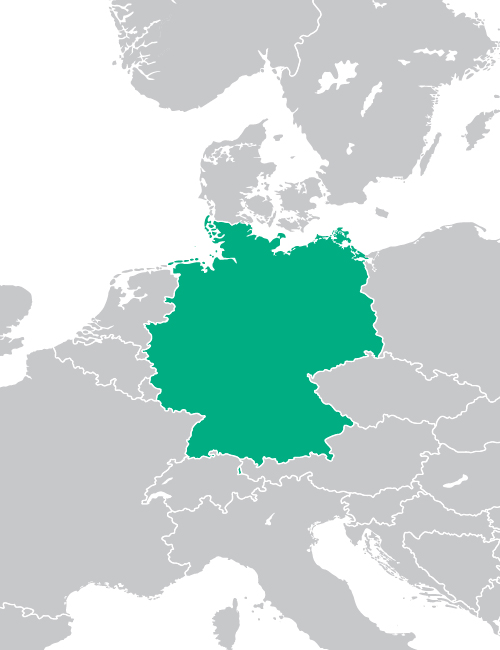 pledged for humanitarian assistance, stabilization support and longer-term development cooperation for Syria and the region since 2015

At the 2021 meeting of Foreign Ministers of the Global Coalition to Defeat Daesh in Rome, Germany committed another €185 million to scale-up stabilization efforts in Iraq and Northeast Syria.

Joint Statement by the Foreign Ministers of France and…